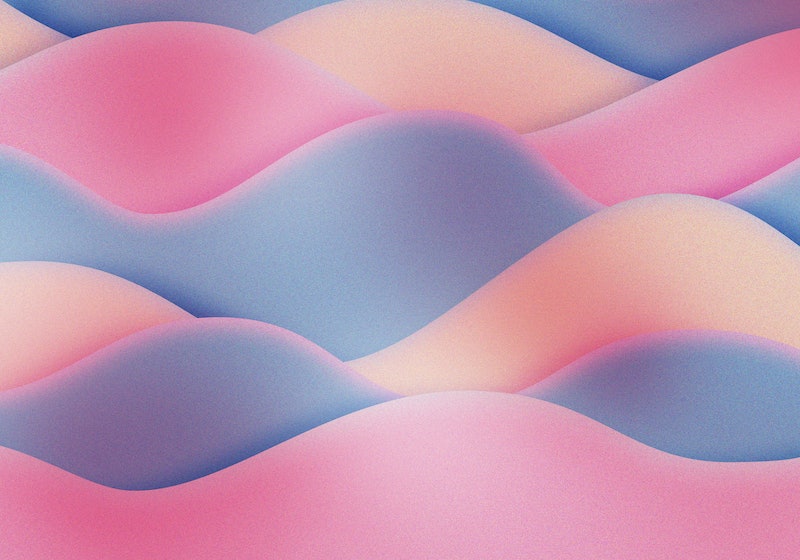 Throughout most of my life, I've identified as a woman for the sake of convenience; it's what I was assigned at birth. But ever since I learned about non-binary gender identities, they resonated with me. It took me a while to identify this way; I was convinced that things that don't prevent you from being non-binary did, in fact, prevent me from being able to identify as such. About six years and many blog posts, articles, and books later, though, I've come to realize that I get to say what I am. It's nobody else's right to tell me what my gender identity is.

Growing up, I never felt like I should have been born with a male body, but I didn't feel comfortable with the one I had or the assumptions people made because of it. I didn't feel like I was a boy, but I didn't really feel like a girl, either. In fact, I've always felt more like a spiritual being than a physical one, and I believe that the soul transcends gender.

In college, when I became friends with transgender people, I wondered if there was a name for people who didn't identify as men or women. The closest thing my online searches gave me was "pangender" — consisting of every gender — which felt a lot closer to how I saw myself than "male" or "female." But when I started to identify this way, a friend told me I was being privileged and should focus on "real feminist issues," like violence against women, rather than my own self-image. Another friend told me it didn't make sense because I wore dresses and makeup. And I couldn't bring it up to my family — or even many of my friends — because I worried they'd think it was silly.

I went back to identifying as a woman for several years after that, but it always felt a bit disingenuous. When I joined a feminist book club that required us to say what our gender pronouns were, I got anxious. Saying "she/her/hers" didn't feel right, but was I entitled to say "they/them/theirs"? I lived as a woman, and I didn't want to appropriate an identity that wasn't mine.

But after a lot of reflection, I've come to realize that identity is self-determined, and that the label I most identify with is "non-binary." "Non-binary" has a few different subcategories, but basically, it means neither a man nor a woman. If you think you might identify anywhere within the non-binary spectrum, but have had any of these thoughts that once prevented me from identifying this way, you should know that you can still identify however you choose. Your gender identity is yours — and no one else's.

Gender dysphoria is the phenomenon experienced by some transgender and non-binary people in which they feel they were born with the wrong body. But as Sam Dylan Finch points out at Everyday Feminism, not all trans people experience dysphoria, and not all non-binary people do, either. Saying that people must be cisgender unless they feel they were born in the wrong body serves to police how people identify and implies that gender is just about bodies, when it's really about the traits we as a society ascribe to them.

2. Not Buying Into Gender In The First Place

I've struggled a lot with this question: "If I say I'm not a woman because I'm not feminine, am I implying that women are feminine?" I would hate to encourage gender stereotypes by claiming that if you don't fit the societal idea of what a woman or a man is, you are not one. I don't view my identity as a statement about what a woman is or isn't, though. It's just about what I am as an individual. In fact, it reflects the fact that I don't buy into gender at all. Why should I label my identity according to a binary system I don't even agree with?

If we lived in a world where gender roles didn't exist, it's possible that I wouldn't identify as non-binary. But as it stands, identifying as a woman leads other people to make assumptions about you: That you love kids, that you prefer to be submissive in relationships, etc. These qualities are not inherent to any gender, but our culture automatically associates them with certain genders, which in turn affects how people treat us. Yes, womanhood is a social construct — even "non-binary" is a social construct. Social constructs are still part of reality, though, and that reality will inevitably affect how we identify.

As I mentioned, a friend told me when I first identified on the non-binary spectrum that he didn't understand because, during that particular conversation, I was wearing a dress and makeup. But to me, that didn't have anything to do with gender. That's just how I thought I looked most attractive.

I had a lot of fear that if I called myself non-binary, my whole presentation would have to change. But that's just another gender stereotype. The same way you can be a man and wear dresses or be a woman and wear suits, you can be a non-binary person and wear either.

4. Relating To The Experiences Of The Gender You're Perceived As

As someone who speaks and writes about the impact of misogyny, it's important for me to be able to talk about problems like sexual harassment and workplace sexism that I've experienced as a result of being perceived as a woman. I was scared I would have to stop discussing these matters if I could no longer speak about them from the standpoint of a woman. But because gender is a social construct ascribed to people based on their appearances, we're going to relate to the experiences of the gender we're perceived as. In fact, trans and non-binary people often experience the worst of it. I am just as qualified to talk about sexism as someone who identifies as a woman.

5. Not Wanting To Identify As Non-Binary With Everyone

Many of the people in my life have no idea what "non-binary" means and probably wouldn't accept the idea of being something other than a man or a woman. I would rather continue identifying as a woman around these people than have frustrating conversations that probably won't get us anywhere and risk criticism. I also haven't publicly changed my pronouns because I know it might get confusing. That doesn't mean I can't present myself as non-binary when I feel comfortable. You don't have to change your gender pronouns or identify as non-binary around everyone (or anyone, actually) to be non-binary. If you feel most comfortable being referred to by the pronoun you were assigned, that doesn't make your identity less legitimate. In fact, you don't need a single other person to validate your identity. You're the only person who can say what you are.