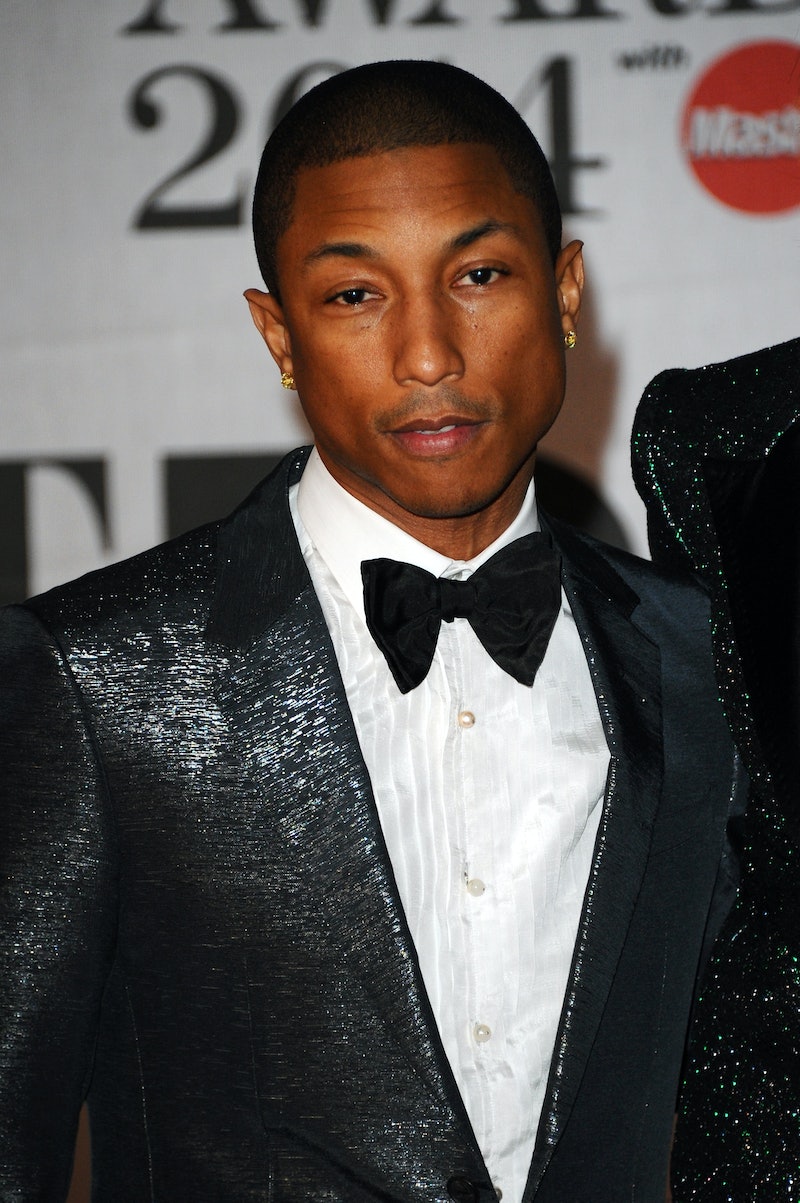 For those of us longing to fill the void in our lives left by the news that we will no longer be blessed with photo ops of Pharrell Williams wearing his famous hat, the "Happy" singer has left us with something to soothe our sad, hat-less souls by unveiling the complete track listing to his upcoming release, G I R L ! Monday night, I Am Other posted a video on Instagram of the track list and we're super excited and anxious to hear his latest offering of what is sure to be more of his signature brand of sonic excellence. According to said video, here's the track list:

And here's what has us drooling with anticipation for the album's March 3 release:

I could go on and on with my Pharrell fandom, but I'll stop here for now. Meanwhile, until G I R L is released, we'll have to make do and schedule our next life contemplation/eyelash application session for Sunday night, when Williams performs "Happy" during the Academy Awards.