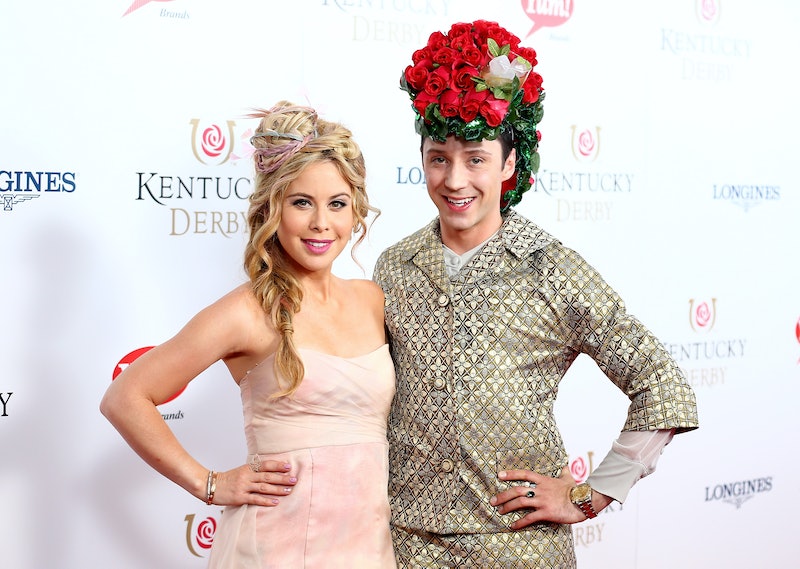 I kind of hate to say it, but thank you, Billy Bush. The Access Hollywood host suggested that the figure-skating Olympic-commentating phenomenons Tara Lipinski and Johnny Weir take over the Oscars red carpet, and the network agreed. The two were so successful as Olympics correspondents that their coverage garnered high praise and oodles of Internet fame. They were basically the Amy Poehler and Tina Fey of Sochi, and now we're getting more.

Quite honestly, it's about time a little bit of excitement came to the red carpet. Hosts Lipinski and Weir means we'll spend less time with Guiliana Rancic's mani cam, which is great news. Unless it's Elizabeth Moss flipping off the mani cam, then the more the better.

Lipinski and Weir gained big attention for their fun and often ridiculous banter. Not only were they incredibly knowledgeable about the sport they were reporting, but they also had genuine chemistry together. With these two at the helm, the red carpet might actually be funny. Mix their hilarious and on-point personas along with facial expressions and matching outfits to die for, and you've got yourself a winning combination.

When lines like, "It's the mall in Paramus at Christmas time," are used to describe the warm-up rink at the Olympics and "feathers and flapping — you know it's the black swan," during a women's solo event... we can only imagine how these two are going to totally crush all of the other red carpet competition.

Lipinski and Weir also have a shared Instagram account that chronicles their adventures together and I'm sure there's going to be some gems leading up to the big night on Sunday.

These two are also already signed on to work as correspondants for Access Hollywood for the MTV Video Music Awards and the Emmys. So fret not, Lipinkskiers and Weirdos, there is so much more in store for your favorite ice besties.