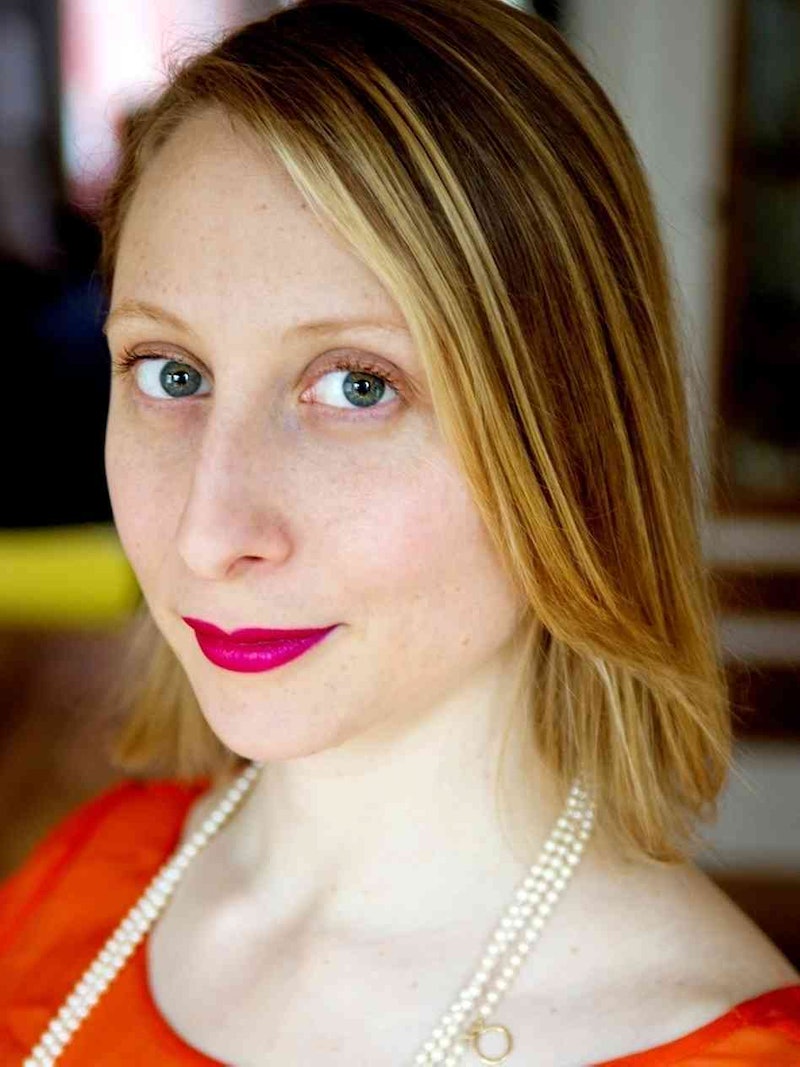 On Thursday, Emma Straub, the bestselling author of 2012's Laura Lamont's Life in Pictures, tweeted a link to an article she wrote for The Millions. In the 1500-word essay, Straub discusses the emotional effects of a miscarriage she suffered two and a half years ago, which, until now, she had chosen to keep private. She talks about the heartbreak she experienced when she miscarried, the following years-long struggle to get pregnant again, and the hesitation she felt when revealing her current pregnancy, in case tragedy struck twice. It's an eloquent, poignant piece of writing, and I encourage all of you to give it a read.

In the hours since posting the essay, Straub has received an outpouring of well-wishes from friends and strangers. Her Twitter is filled with messages to and from readers. Some readers have shared their own struggles with Straub, or tweeted her stories about the fertility issues of family and friends. Others have simply congratulated Straub, applauding the author on her bravery in revealing something so personal. Earlier this afternoon, Straub tweeted, "All of your amazing messages have made me cry, cry, cry all morning," summarizing the power of the public's response. I've watched the events unfold all day, and I agree - it's wonderful and moving to see so many people respond so positively to Straub's story.

Yet while all the praise for Straub is undoubtedly well-deserved, I'm troubled by the amount of response she's received and is continuing to receive. Miscarriage, and fertility issues in general, shouldn't be so taboo that one writer's acknowledgment of her own has an impact this huge. It says a tremendous amount about our society that we're shocked Straub's chosen to write about her miscarriage, rather than simply appreciative.

In our culture, pregnancy-related problems seem to carry a stigma that many other troubles do not. There are plenty of essays on divorce, eating disorders, heartbreak, and death, but as for non-fiction pieces on fertility issues? They're few and far-between. As for why, I believe that it's because miscarriages and fertility problems, while prevalent, are seen as failures for women. There's a shame surrounding the admission that one can want and try to be a mother, that once can do everything right, but still not succeed. 10 percent of women have fertility issues; it's an all-too common occurrence, yet no one's willing to talk about it.

We're past the point in our society that believed that motherhood itself is easy. There have been enough memoirs, films, reports of parenting-gone-wrong that have disproved the notion that raising a child is a simple endeavor. The stigma over the journey to become a mother, however, is still alive and well, refusing to lesson over time. Despite all the medical advances that have been made to bring attention to fertility issues — IVF, surrogacy, etc. — socially, we've come to a standstill.

In her essay, Straub refers to Beyoncé's miscarriage, which was first revealed by the singer's husband, Jay-Z, in 2012 through lyrics in his song, "Glory." Beyonce herself didn't acknowledge the tragedy until a year later, in her HBO documentary, Life is But a Dream, a film that prominently featured her recently-born daughter, Blue Ivy. While I don't doubt that the media were sympathetic to Beyoncé's struggle, I'm disappointed in how it was handled. It seemed like one day, the most tragic day in the life of one of our biggest celebrities was revealed, and the next, the world had moved on. Would this have happened if Beyoncé had revealed a death in the family, instead of the loss of a pregnancy? It's highly unlikely.

I know Straub's essay won't change things drastically; she's a respected author, but not an A-list star or someone with a major critical influence. Yet I hope more women, well-known or not, choose to publicize their fertility struggles. Maybe, one by one, women will realize that miscarriage, and other pregnancy-related issues, are nothing to feel shame about.