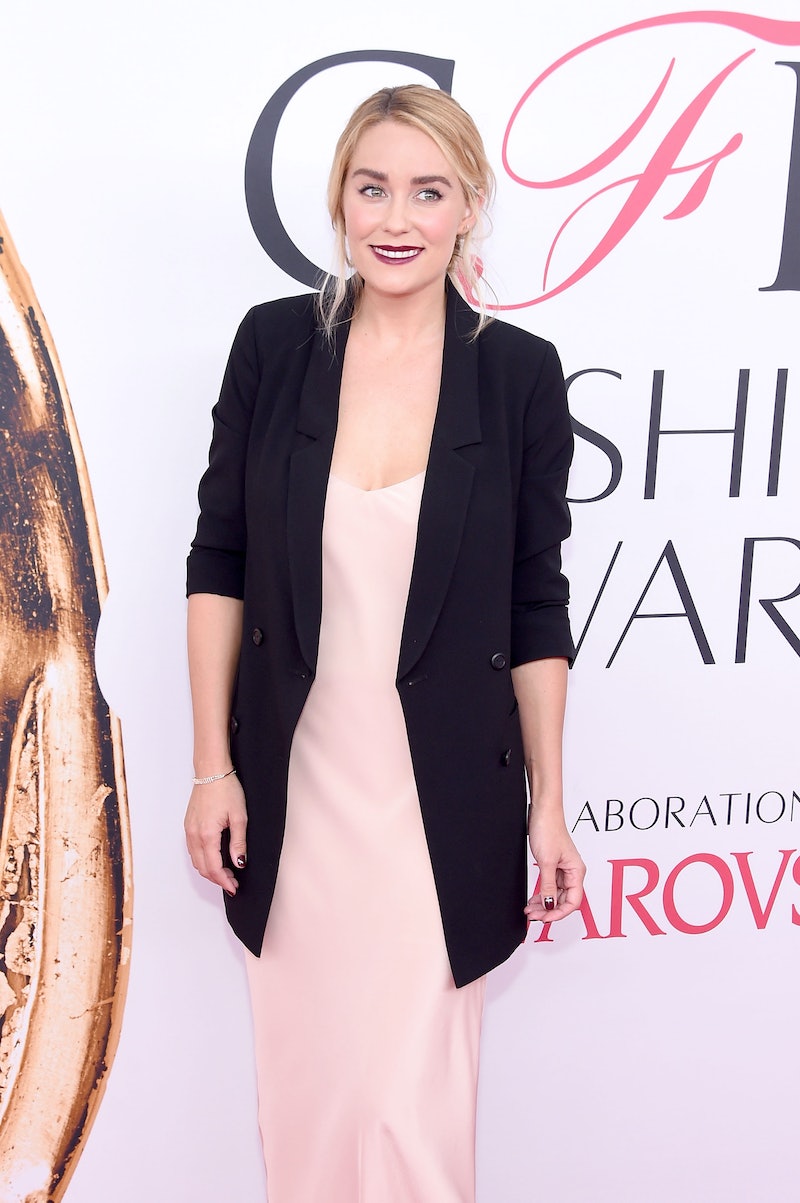 When you think of Lauren Conrad, you probably think of a few things: 1. The Hills or Laguna Beach (depending on your preference), 2. Perfect beachy waves, and 3. Bright, light, and romantic makeup. Perhaps that's exactly why Lauren Conrad's 2016 CFDA look on Monday night was so totally unexpected — because the former MTV-reality-star-turned-entrepreneur wants you to forget what you know about her past and start thinking of her as the fierce, badass, dark-lipstick-wearing babe that she has become — or at the very least, can sometimes be.

According to PopSugar, Conrad showed up to the CFDA Awards in New York City on Monday night dressed in a rose gold, floor-length silk dress underneath a slouchy black blazer. If that didn't turn heads enough, the Paper Crowns designer decided to add onto the drama of her evening look with a deep purple-cranberry lip and dark, bold brows. She pulled her hair back in a low, messy bun, leaving some tousled strands to frame her gorgeous face. I'm not sure about you, but I definitely expected Conrad to show up in something brighter — her style palette usually consists of spring pastels and whites. But I have to say, I'm liking this new look, and I think there's a reason for it!

Earlier on Monday, it was revealed that Conrad would be collaborating with Kohl's on another collection, but this time, instead of babydoll dresses and pink fabrics, she's going on a decidedly different route. Bustle writer Sienna Fantozzi reported customers could expect "more formal pieces, luxe fabrics, a slightly more sophisticated feel, and deeper colors, like dark greens, grays, and deep wines" from her next Kohl's line.

The dress she wore tonight was designed by Conrad herself, so could this sleek silk number be a part of her upcoming collection? My guess is yes. Plus, what better way is there to promote your new collection than by teasing it yourself?

If this dress is any indication of what we can expect from her upcoming line, then I am all in.