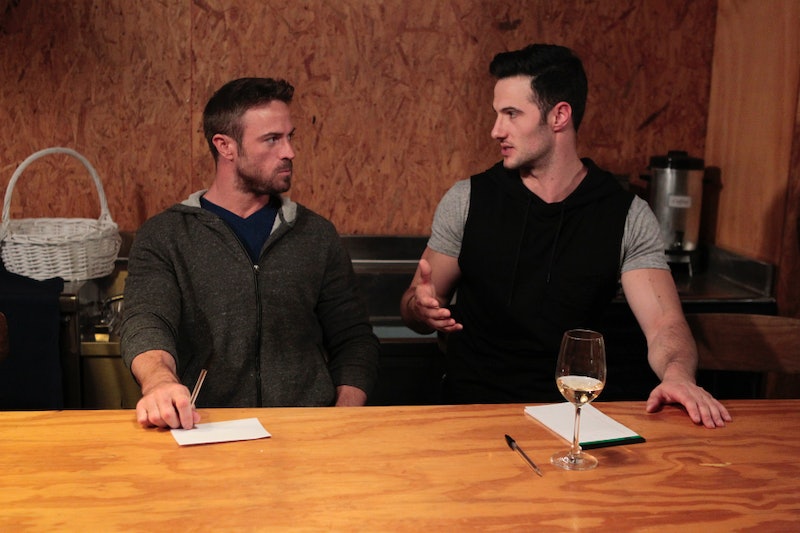 It was only a matter of time before things got really heated on The Bachelorette, and I don’t mean between JoJo and one of her suitors. The men on the show are not exactly getting along this time around, and Chad and Jordan keep butting heads. Things finally came to a head (and I’m sure they will again), and Chad landed some low blows against Jordan on The Bachelorette , insulting not only him but also his profession and (kind of) his family.

For those of you who don’t know (and who don’t watch the show, because they’ve said it 30,000 times), Jordan is the younger brother of NFL quarterback and probable future Hall of Famer Aaron Rodgers. He had his own little career in football (I mean little), but Jordan never matched the prowess of his sibling and quickly washed out of the league. There’s nothing wrong with that, exactly — most people can’t get into the NFL. Chad and Jordan are like oil and water, and during a fight, Chad went low, telling Jordan that he wasn’t as good as his brother and that he’s done nothing with his life besides throw a piece of leather around. Yikes on bikes, right? Jordan didn’t really have a comeback for it but to call Chad a doody head (okay, he didn’t say that), which means that he was really rattled by Chad’s words.

Do people realize how unattractive it is to fight like that? That’s one of the main differences between The Bachelorette and The Bachelor — the male contestants are so outwardly aggressive with each other that it’s uncomfortable to watch. That conversation between Chad and Jordan was definitely not the final confrontation between those two. I think it will only be decided when we see who eventually wins JoJo’s heart. Until then, I hope the fists don’t start flying.