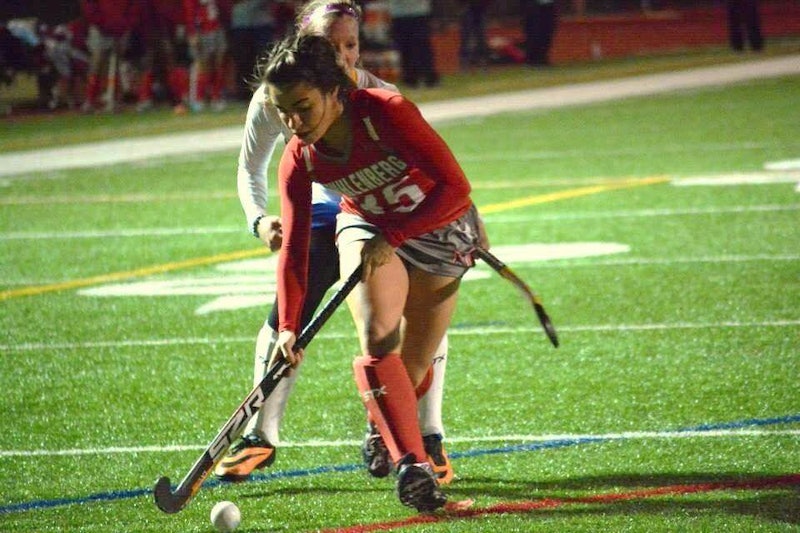 Last Thursday, former Stanford University swimmer Brock Turner was convicted of three felony charges of sexual assault for an incident that occurred following a Stanford University party in January 2015. Two witnesses reported seeing the former collegiate swimmer atop an unconscious woman behind a dumpster during the early hours of Jan. 18 last year. Although Turner was found guilty, this ruling has sparked outrage, since he was only sentenced to six months in county jail and three years of probation; the maximum sentence would have been 14 years in state prison. Santa Clara County Superior Court judge Aaron Persky cited Turner's age, lack of criminal history, and apparent remorse as factors in his decision, saying, "A prison sentence would have a severe impact on him ... I think he will not be a danger to others."

As a former Division III college athlete watching this unfold, I was upset — but not surprised.

Although Turner was (very leniently) convicted, he is one more example of how the rules often don't apply in the same way to (white, male) athletes who can swim really fast, run really far, or score lots of touchdowns for the team. A permissive attitude towards sexual assault, the silencing of victims, and indulgent sentencing is the ultimate problem with rape culture in general. However, this effect is overblown when it occurs within sports culture.

It kills me to criticize the very culture that also shaped me, my teammates, and friends (both male and female) into hard-working, well-rounded students with leadership skills that will be valuable for the rest of our lives. But the truth is, jock culture often has the potential to become another extension of rape culture. The heart of sports culture in general rests on existing domains of privilege: Jock culture holds its athletes on a pedestal. If you're the best on the field or the court, you can do no wrong. Male athletes are prized and rewarded for being aggressive, competitive, and physically dominant on the field, behavior that has a tendency to carry over off the field. Athletes are told that "being on the team can get you any girl you want." Good-looking women are no different than championship trophies.

Even as a female college athlete, though, I learned what sports culture's benefits are like. At times, we enjoyed privileges at our college that other students didn't. We had pre-season access to campus for practices. We were allowed to move in before the semester started. We had priority over non-athletes for use of the fitness center. We were excused from class to travel for away games. Some professors, particularly middle-aged armchair quarterbacks and former athletes themselves, loved to talk shop with us. Whether you were on the field hockey or football team, you were simply more visible on campus compared to most of the student body. Our officially sponsored red-and-grey athletic gear somehow made us special. On our relatively small college campus, you were known as "So-and-so, on the ________ team."

And sometimes, that's a huge problem.

Our tiny campus had a social scene like a '90s high school B-movie. The jocks maintained a fairly steady monopoly on campus social life, particularly for those too young to go out to the bars. A Saturday night wasn't a Saturday night without a stop at the football house, or a trip off-campus to the apartment complex where the basketball seniors lived.

This type of mentality enforces the idea that athletes dominate the social capital of the school. After all, the athletes are the ones representing the institution, bringing pride, trophies, and school spirit (and tons of money) to campus. The clout you have as an athlete is only further amplified at large, Division I powerhouse schools where so much emphasis is placed on the athletic program.

It's no secret that at larger schools, student athletes fuel the money-making operations that college athletics has become. High-spending donors, TV contracts, licensing deals, and ticket sales generate serious revenue for major universities with intense athletic departments, such as Ohio State and Oregon. Although Brock Turner is no longer at Stanford and will be ineligible for USA Swimming membership, it bears mentioning that Stanford is a top-tier swimming school. In fact, it is one of the best in the country for Division I men's swimming.

Sports-as-rape culture starts in youth athletics, is encouraged through college, and ultimately plays out on the national stage at the professional level. As Brock's victim eloquently asserted in her impact statement, "How fast Brock swims does not lessen the severity of what happened to me, and should not lessen the severity of his punishment [...] The fact that Brock was an athlete at a private university should not be seen as an entitlement to leniency, but as an opportunity to send a message that sexual assault is against the law regardless of social class."

I was painfully aware that my compression shorts were riding up my legs and that my field hockey skirt swished when I walked past their eyes.

Prior to the sentencing, Turner's father penned an open letter, advocating for probation in lieu of jail time. In the letter, he attests that his son "has never been violent to anyone," despite the fact that the victim was taken to the hospital while still unconscious and was treated for abrasions, cuts, and trauma to her genitalia. He laments that "he will never be his happy go lucky self with that easy-going personality and welcoming smile" again. Highlights from this missive also assert that a guilty verdict would be a "steep price to pay for twenty minutes of action," and that his son is so torn up, he can no longer stomach his favorite foods, such as chips, pretzels, and steaks.

Steaks and swim times hold no significance in this case, but as an athlete myself, I can't help but notice how it is almost common practice to name how the athlete-turned-assailant's life will be impacted by prosecution. For example, The Washington Post highlighted Turner's extensive swimming career, which included a spot on the Olympic trial team, All-American honors, and two state titles. This same article states that Turner's "extraordinary yet brief swim career is now tarnished, like a rusting trophy."

This type of language essentially sends the message that in the sports world, the real tragedy isn't that a women was violently assaulted, but that an athlete's reputation and athletic prospects are now gone. Much like with the Steubenville, Ohio rape case in 2012, many media outlets expressed sympathy for the assailants, who had to give up promising football careers because of a crime they committed.

This type of attitude was pervasive at my school, and at schools around the country. But usually, you see rape-meets-sports culture play out in more personal ways on college campuses; the way that guys pay a cover to get into sports parties, but girls get in for free; the way women are called "sluts," but men are called "champs." You see it when a little bit of alcohol causes men to scream and jeer at you from across the street, when all you want to do is get home in one piece.

I felt it every day, walking past the football team as they milled around the hallway outside the women's locker room, as about 20 pairs of eyes would flick down towards my ass, like clockwork. I was painfully aware that my compression shorts were riding up my legs and that my field hockey skirt swished when I walked past their eyes. When the football team was present, walking through the hallway under the stadium was like walking through a gauntlet. Any privilege I'd enjoyed as a jock vanished in those moments, because at the end of the day, no many how many trophies I won, I was just another piece of ass.

More like this
The Most Powerful Photos From The Weekend’s Abortion Rights Protests
By Melanie Mignucci
The Families Of Grenfell Tower Are Still Waiting For Justice, Five Years On
By Bustle UK
Why You're Seeing Green Bandanas At Abortion Rights Protests
By Lexi Inks
How Getting An Abortion Has Changed From The ’60s Through Today
By Amanda Chatel
Get Even More From Bustle — Sign Up For The Newsletter