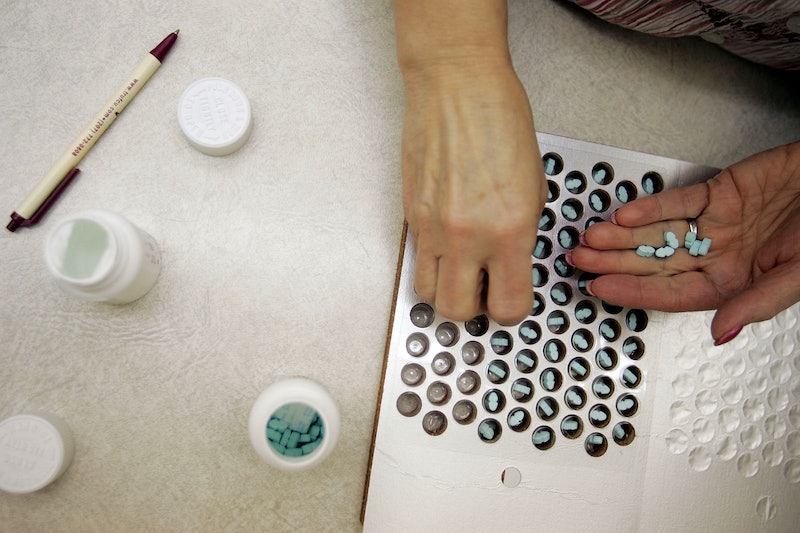 I distinctly remember my worst day with thyroiditis. I kept praying over and over, Please don't let me pass out, please don't let me pass out as I walked through the corridor to the train that would take me to my job in New York. My brother had been kind enough to drop me off at the train station, and during our drive north on the New Jersey Turnpike, I kept sinking lower and lower in the passenger seat, unable to muster enough energy to hold myself up properly.

As I walked to work, I didn't think I'd make it across the two avenues to my job.

Later, it reminded me of a scene in the Catcher in the Rye:

Every time I came to the end of a block and stepped off the goddam curb, I had this feeling that I'd never get to the other side of the street. I thought I'd just go down, down, down, and nobody'd ever see me again. Boy, did it scare me. You can't imagine. ...Then it would start all over again as soon as I got to the next corner. But I kept going and all. I was sort of afraid to stop, I think – I don't remember, to tell you the truth.

Another day, I woke up, got dressed, blow-dried my hair, and promptly fell back into bed out of pure exhaustion. My mom discovered me a little while later and asked, "Adrienne, what is wrong with you?" urging me to go to work since I'd taken so many sick days already. I simply responded, "I don't know."

After extensively conducting my own research (which will make anyone become a hypochondriac, believe me), I became convinced that I had a thyroid issue. I literally had to beg my doctor to test my thyroid. And guess what? I was right.

It all started in November 2012, when I developed a cold that I thought was a response to being without heat for a few days in the aftermath of Hurricane Sandy. Even though I was on antibiotics, I never got better. I complained to my general doctor, a gastroenterologist, an allergist, and an ENT that I felt extremely tired all the time, that I frequently experienced chills, that I wasn't able to focus, and that I couldn't seem to get rid of the mucus in my throat. I was constantly shaky and weak.

I was prescribed three rounds of antibiotics, which wreaked havoc on my digestive system. I felt constantly nauseous and started regurgitating food after eating breakfast. Worst of all, I lost about 10 pounds, plummeting my already small-self to a mere 95 pounds.

I cried to everyone — my parents, my doctors, my best friend — because I was so scared and simply didn't have a clue what was wrong with me.

After extensively conducting my own research (which will make anyone become a hypochondriac, believe me), I became convinced that I had a thyroid issue. I literally had to beg my doctor to test my thyroid. And guess what? I was right. In March, my blood test results showed that my TSH hormone levels were nearly negligible.

I was never put on synthetic thyroid medicine, because by the time I found a good endocrinologist (they are in high demand, since they treat diabetes patients, too), my TSH levels had returned back to normal, according to my blood tests.

My doctor explained to me that I had experienced thyroiditis, or swelling of the thyroid. Since the butterfly-shaped thyroid gland regulates metabolism, my body basically couldn't perform anything but basic functions. He told me that my case affects about four of his patients per year.

Upon receiving the diagnosis, I felt angry, relieved, and nervous at the same time. I'd suffered through months upon months of uncertainty and extreme discomfort, racked up some hefty medical bills, missed out on fun times with friends and family, and gotten laid off from my job (even though they told me it was due to budget cuts).

After my appointment, I simply broke down and cried alone in my car. But they were happy tears: At last, I was finally getting some answers. Finally, someone believed me.

My symptoms more closely aligned with hyperthyroidism, which causes weight loss, rapid heartbeat, weakness, anxiety, and trouble sleeping. Because there's such a wide range of problems, thyroid conditions are tricky to diagnose.

About 20 million Americans have some sort of thyroid condition, but women are five to eight times more likely to develop thyroid disease, according to the Cleveland Clinic. Other estimates put those numbers at 30 million diagnosed — along with 15 million undiagnosed cases. Women are 10 times more likely to have thyroid problems.

So why are women such easy targets? Doctors haven't quite solved that puzzle yet. They pinpoint a variety of reasons, such as genetics, autoimmune attacks, stress, nutrition, and, of course, hormones — especially when we get pregnant. Women with a baby on board already have naturally higher thyroid levels and a slightly enlarged thyroid, so it's even more difficult to diagnose additional problems.

Back in 2011, Women's Health published an article about thyroidism, noting that many young women were running to their doctors just to be checked, even if they showed no persistent symptoms.

"The problem with routine screening is that a lot of women may be borderline hypothyroid, and though they have no symptoms, their doctors put them on unnecessary medicine that could eventually result in hyperthyroidism," says endocrinologist Jeffrey R. Garber, M.D., a professor at Harvard Medical School. The article also noted that thyroid cancer cases were rising sharply, and that 75 percent of those cases were in women.

"Twenty-one percent of women who undergo surgery for thyroid cancer at our center are under the age of 35," endocrine surgeon Keith Heller told the magazine.

According to a new study, doctors are now saying there's an over-diagnosis of thyroid cancer cases. Since 1975, the number of people diagnosed with thyroid cancer has tripled, though the number of people dying from the cancer has remained flat. Women are four times more likely than men to be diagnosed with thyroid cancer. The culprits? Tiny tumors less than two centimeters wide, which some experts say don't have to be removed by a costly and painful procedure. Since they are so slow-growing, some say to not act in haste, but rather to wait and monitor them.

"We're in the midst of an epidemic here, but it's largely an epidemic of our own creating," says Dr. Gilbert Welch, a professor of medicine at Dartmouth's Geisel School of Medicine.

As for me, I can honestly say that I'm a completely a different person now than I was before my thyroid got all out of whack. Even though I got another job — one that I actually liked — I would experience bouts of dizziness, exhaustion, and an inability to concentrate that lasted for nearly an entire year.

Because my thyroid problems were compounded by stomach and digestion issues, I still have to stay away from acid-inducing foods and alcohol (basically, all the most delicious things in the world). I still suffer from anxiety that sometimes hinders my everyday life, which I never really experienced prior to thyroiditis. I'm trying to rebuild my confidence, but it hasn't been easy. I've regained all my weight and then some, which I'm quite proud of. I'm doing the best I can.

But even now, whenever I get the least bit dizzy or fuzzy-headed, I'm immediately rocketed back to the mindset of the person I was, the one who struggled to walk through Newark Penn Station on a cold day. But as Holden Caulfield said, I kept going and all.