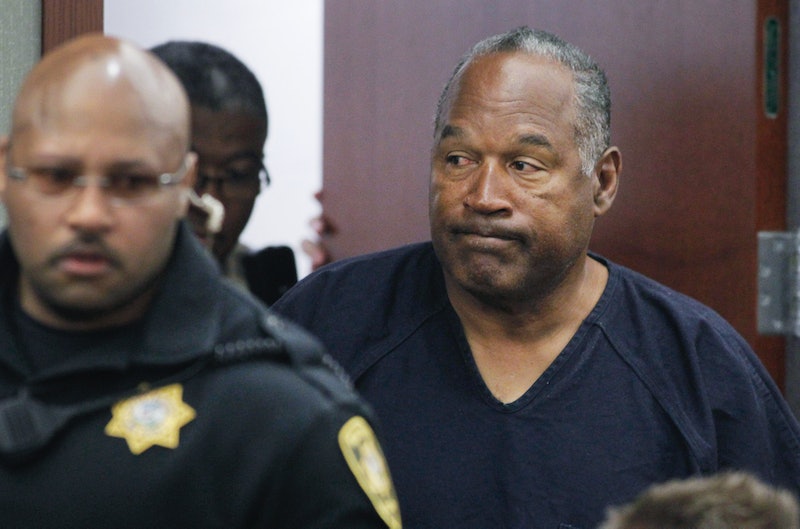 Over 20 years after he was acquitted during a murder trial that captured international attention, two television series have brought O.J. Simpson back to the spotlight in a major way. Earlier this year, the FX drama series American Crime Story: The People V. O.J. Simpson employed a starry cast to dramatize Simpson's 1995 trial for the murders of ex-wife Nicole Brown Simpson and her friend Ron Goldman, as well as the behind-the-scenes machinations and struggles of both the prosecution and the defense. As the series showed, Simpson was acquitted in 1995. However, according to The New York Times, he was found liable in the resulting 1997 civil suit and ordered to pay "$25 million in punitive damages to the families." Now, ESPN is stirring up dormant and new interest with O.J.: Made In America, a docuseries about Simpson, but also about the race and class issues, celebrity culture, and tabloid fervor that contributed to his fame. Made In America is a comprehensive biographical series, premiering June 11 and clocking in at 7.5 hours. What does O.J. Simpson think about O.J.: Made In America?

It's hard to know. CNN reported that Simpson is currently serving a sentence for a 2008 conviction on 12 counts including conspiracy to commit a crime, robbery, assault and kidnapping with a deadly weapon. Though he filed two appeals of that verdict, both were denied, according to ABC News, which also reported that he is incarcerated at Lovelock Correctional Facility in Nevada, occupying a 4x6 foot cell.

O.J.: Made In America director Ezra Edelman told Vanity Fair in January that he went through official channels to solicit Simpson's involvement in the project, though he's not sure that his missive ever reached the convict. And the film was not dependent on Simpson's response, in Edelman's view. He explained the contact process to Vanity Fair.

I wrote him a letter. But he has this service [for sending letters to inmates] called Jmail. You have to log in, and there are a certain amount of characters you can write. And even just the process of sending that e-mail ... the system was down, and you don’t know if he ever read it. Also, I knew that he hasn’t done an interview since he’s been in jail. I don’t know that I ever held out that much hope he would write back.

Would he have interviewed Simpson if he'd been able to? "Sure," Edelman told Vanity Fair. "But it would have been a different film. And not necessarily the film I wanted to make. I don’t know that he has anything to say that he hasn’t said before, so why is that going to advance the story?"

So, Edelman and the audience are left wondering how Simpson would respond to this documentary, should he ever watch it. "I could make a case both ways, that he might like it. I could make a case that he would hate it," Edelman said in his Vanity Fair interview.

But, for now, the question of Simpson's feelings about the series will go unanswered.