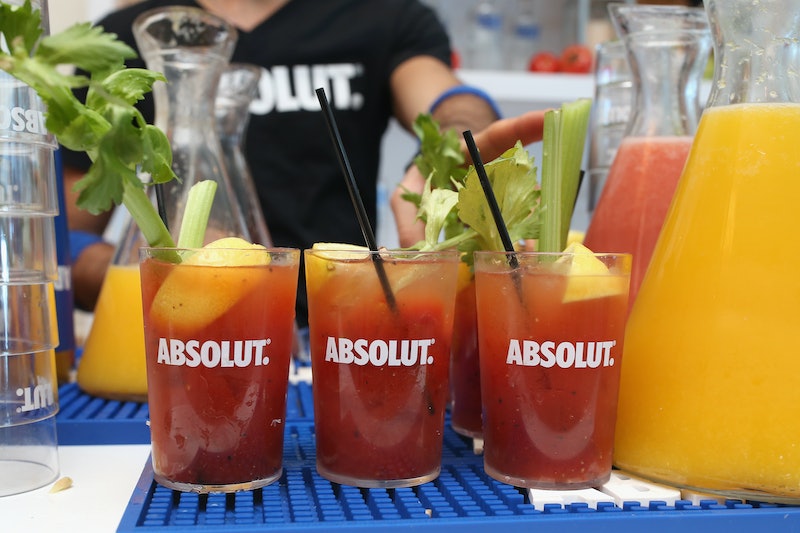 The only thing more New York City than the Empire State Building is, let's face it, a bottomless brunch. So we've got bad news: it emerged Monday that the boozy weekend staple is, to the surprise of everybody, very much illegal. And the good news? No-one really cares. On Monday, the New York City Hospitality Alliance sent out a press release reminding everybody (read: informing everybody) of a little-known New York State law, which prohibits “selling, serving, delivering or offering to patrons an unlimited number of drinks during any set period of time for a fixed price."

Apparently, the law is rarely enforced in New York City, probably because nobody knows about (and those who do know about it take advantage of its obscurity to ignore it.) Just last week, Gothamist ran a profile of the city's best and worst bottomless brunch spots.

For those who don't know, bottomless brunch is roughly defined as "brunchtime drinking with no end in sight." Many NYC brunch spots offer a fixed-price deal, so that you can drink to your heart's content without racking up extra costs. But believe it or not, 27 states have some sort of law prohibiting drink deals like happy hour, two-for-one drinks, free alcohol, and/or unlimited drinks.

According to the NYCHA press release:

Recently there has been press about restaurants around New York City that offer bottomless brunches or unlimited drink offers. In most cases, these type of promotions are UNLAWFUL according to the NYS Liquor Authority (SLA). NYC restaurant and nightlife operators should familiarize themselves with the law by reviewing the following information courtesy of the SLA.

Can this remain one of those "on the books but never enforced" laws? Please?

More like this
This Lingerie Seems Expensive But Is Actually Cheap As Hell On Amazon
By Mackenzie Edwards
Where Was 'The Bachelorette' Season 19 Filmed? More European Destinations Are On The Way
By Radhika Menon
Expert-Approved Hacks For Packing A Carry On
By Jessica Goodman
The 12 Best Road Trip Accessories
By Megan Gray
Get Even More From Bustle — Sign Up For The Newsletter