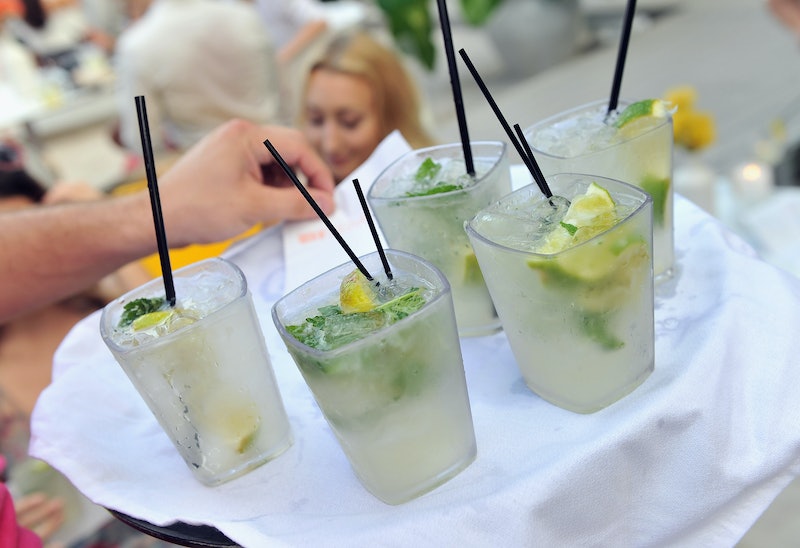 We know it as "bottomless brunch," but the government knows it as a "low-price, high-volume drink special" — and believe it or not, it's prohibited in a whole bunch of states. The deals we fondly know as happy hour, free birthday drinks, and two-for-one drinks all fall under the "low-price, high-volume alcohol" category, and states like Alaska, Delaware, Illinois, Maine, and Massachusetts have banned the majority of those drink offers. So, is bottomless brunch legal in your state?

Firstly — why all the bans? Well, alcohol-related deaths are one of the leading causes of death in the United States, and can happen in a number of ways. Drunk-driving, intoxicated violence, and accidental deaths are strongly correlated with consuming a lot of alcohol (we'll put this in layman's terms: getting drunk.) Put simply, the cheaper the alcohol, the greater the risk you'll drink more, and thus your risk of those potentially-dangerous activities leaps.

So, it makes sense that states would try to limit your ability to drink a lot, really fast, for really cheap. Nearly every state has a law that prohibits serving visibly drunk people, and just over half of states don't allow some form of "low-price, high-volume drink special." So what about your state?

According to a research report by the Department of Transportation:

In fact, here's a graph.

And another, this one happy-hour-specific:

These bans may be on the books, but that doesn't mean they're necessarily enforced throughout the state: Just look at New York, which found out just Monday that bottomless brunch, a city staple, was actually completely prohibited. Many states have laws on the books that are rarely, if ever, enforced by lawmakers and cops.

More like this
50 Cheap Things On Amazon You'll Get A Ton Of Use Out Of
By Rebecca Martinson
The 3 Best Chamber Vacuum Sealers
By Vanessa Spilios
Ben & Jerry’s New Sundae Flavours Are A Chocoholic’s Dream
By Sophie McEvoy
Learning To Love, Not Judge, The Lunchbox Wives Of TikTok
By Esther Zuckerman
Get Even More From Bustle — Sign Up For The Newsletter
From hair trends to relationship advice, our daily newsletter has everything you need to sound like a person who’s on TikTok, even if you aren’t.