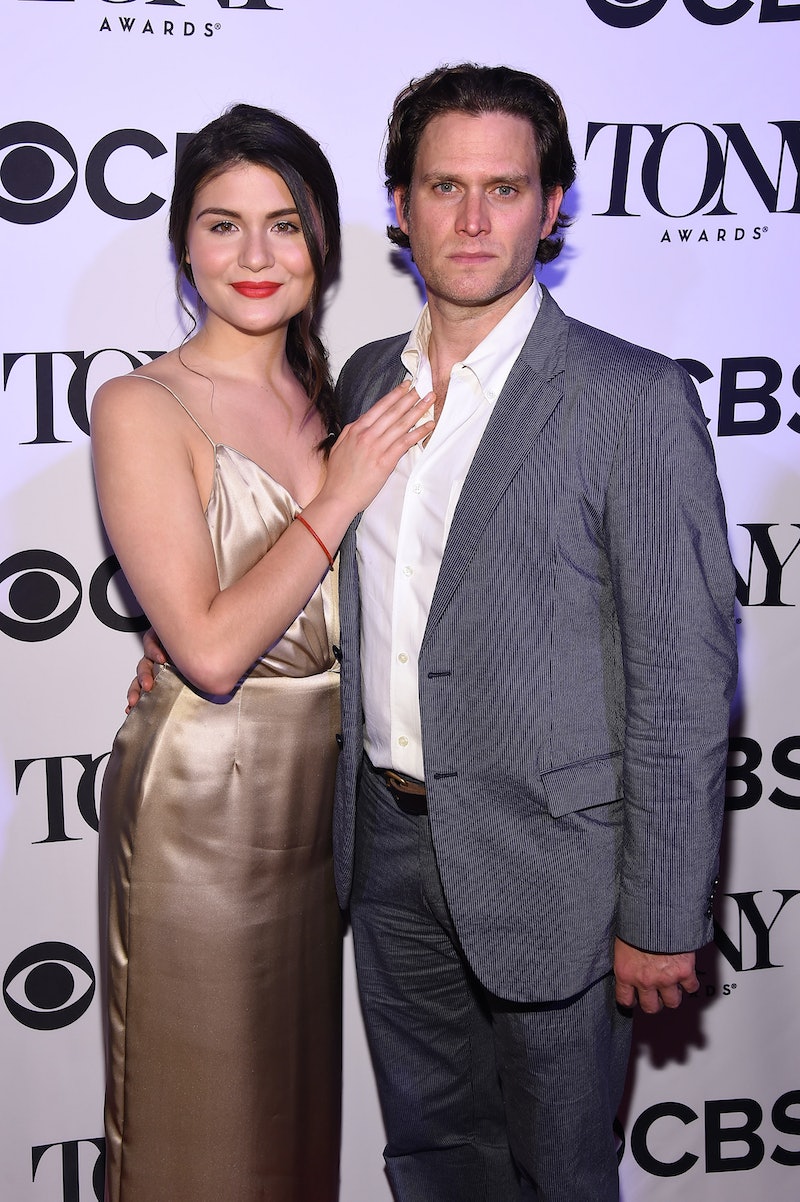 Ever since Hamilton came to Broadway and took the world by storm, the cast has quickly been put under a microscope. Fans just need to know all there is about these talented stars, especially when it comes to their lives outside of the hit musical. Take Phillipa Soo, who plays Eliza Schuyler, Alexander Hamilton's wife. You may have heard she is engaged, but who is Phillipa Soo's fiancé? Actually, you might know him, because he is well-known in the TV world and has quite the acting career.

In February 2016, Soo announced her engagement to Steven Pasquale via Instagram. Alongside a photo of the two showing off her ring, Soo wrote, "We're engaged! In love with this man. I will enjoy spicy noodle soup with him for the rest of my days." Before taking the next step in their relationship, the two were set up by Soo's Hamilton co-star, Jonathan Groff, The Hollywood Reporter revealed in April 2016. From that moment, the two became inseparable and are now getting ready to tie the knot.

So, what about Pasquale? Before getting engaged to Soo, he was married to actor and Broadway star Laura Benanti for almost six years. They filed for divorce in 2013. But, enough about that, let's talk his career. You should recognize him, especially if you consider yourself a huge TV fan. He's played a variety of roles, including a memorable one on FX's hit series The People v. O.J. Simpson: American Crime Story. Remember Mark Furhman? Yeah, Pasquale played the former Los Angeles Police Department detective, who was not only a major part of the Nicole Brown Simpson and Ronald Goldman murder investigation, but became known for the notorious Furhman Tapes.

In addition to American Crime Story, Pasquale has had other notable roles, as well. He's played Johnny Elfman in The Good Wife, Alec Wolos in Bloodline, Chase in Billions, Dr. Jason Cole and Ian Price in Do No Harm, and Sean Garrity in Rescue Me, among many others. He will also play Billy in CBS's 2016 midseason drama Doubt .

When he isn't being super busy on the small screen, Pasquale is known to spend time on Broadway. Yes, that's one of the many things he and Soo have in common. In March 2014, he scored the male lead in The Bridges of Madison County and also starred in 2009's Reasons to Be Pretty. Furthermore, Pasquale has also taken part in several off-Broadway creations, including Fat Pig, The Intelligent Homosexual's Guide..., A Soldier's Play, and Far From Heaven.

If you want a little taste of his singing abilities, here you go. Warning: you will swoon.

Yeah, I think it's safe to say that Soo and Pasquale make one talented couple. Oh, and they're also super adorable and can't help but spread their love across Instagram. I mean, just look at this photo and caption.

And, most importantly, this one.