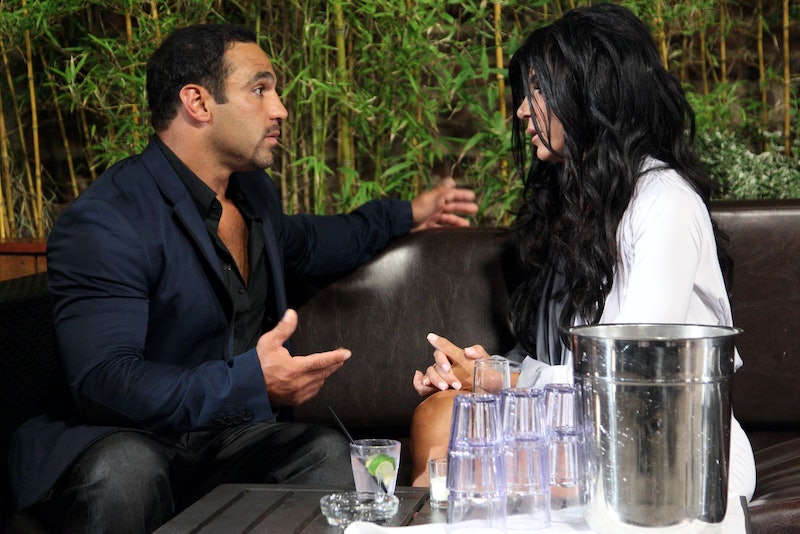 It has been way too long since Real Housewives of New Jersey has been on the air, and I cannot wait for it to return. New Jersey is definitely the most unique show in the Real Housewives franchise. These women have the most personal relationships since most of them are related in some way or another, so when when they fight, things get very personal. Just like the other Real Housewives shows, the cast alliances are always shifting and pretty much everyone ends up fighting with each other if they stay on the show long enough. But with Season 7 of the show premiering July 10, I wonder who is going to fight this time around.

I have always felt like Real Housewives of New Jersey is essentially the Teresa Giudice show, so I pretty am sure that this still holds true and that the other ladies are still going to start drama with the star after her prison stint. But if you watch the Season 7 trailer, it looks like Jacqueline Laurita is the one stirring the pot and getting a lot of camera time for her fighting.

It is clear that Jacqueline feels like she has a lot to settle with Teresa. Jacqueline addressed her up and down relationship with Teresa in an interview with Bravo's The Daily Dish in February. She said,

"It's been a roller coaster at times, but we're trying to get back on track and stay on track because there's a history there, you fight harder. It has more meaning when you have history. It's like when you have family. I feel like she was my sister, and we've had falling outs. It's like the work we're both putting in trying to repair the damage that's been done."

And judging by the trailer, it is a very bumpy ride!

In the trailer, Jacqueline accuses Melissa Gorga of having "four nose jobs", and Teresa is shown saying in the trailer that she "doesn't like the way [Jacqueline] talks to [Melissa]." Apparently, this Teresa and Melissa versus Jacqueline controversy all went down during a crazy cast trip to Vermont, according to Radar Online.

Jacqueline also seems to start drama with new cast member Siggy Flicker. In the trailer, Jacqueline says, "She's not even 1/16th Italian." So it really seems like Jacqueline is the ultimate pot stirrer this season.

Other than Jacqueline instigating drama with various cast members, there does seem to be some tension between Teresa and her cousins Kathy Wakile and Rosie Pierri. This makes me sad because I'm a huge fan of all of those ladies, but there is an uncomfortable scene with Teresa saying she wants to "cut out the cancer" to Kathy and Rosie, who immediately protest the statement and insist that it does not apply to them.

Well, it looks like there is going to be a ton of tension in Jersey next season. Is it July 10 yet?