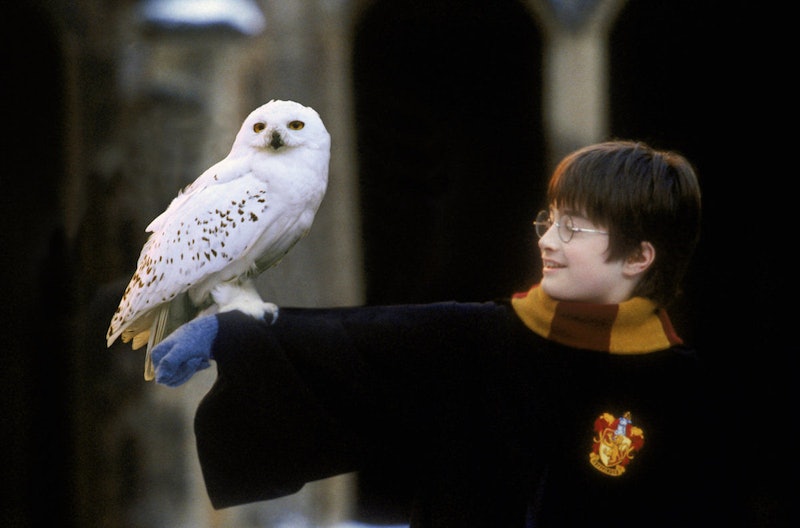 OK, first things first: this isn't a PLOT spoiler, so it's not really a ~spoiler~. We all know J.K. Rowling wants us to #KeepTheSecrets, and no amount of FOMO in this world would lead me to defy the queen. But if you are going to indulge in some harmless Cursed Child gossip, then you should know the one "spoiler" we can leak from opening night: apparently a live owl messed up during Harry Potter and the Cursed Child . And by messed up, I mean ... nobody in the audience is quite entirely sure where it went? It disappeared. (Like magic.)

All we really have to go on are tweets from people who are decidedly luckier than the rest of us and sat in on opening night, and it seems that one of the live owls in the performance flew to its spot and then decided to peace out. This seems like the kind of genetic owl sass that would definitely come from Hedwig's progeny, so maybe that's an actual spoiler? Hedwig had a bb owl and that owl is Not Here For Your Opening Night Nonsense? Or maybe the little dude got stage fright. I couldn't tell you for sure, guys. Because, just in case my intermittent loud sobs throughout the course of this week didn't make it clear enough, I WASN'T THERE.

But the people who were had some hilarious tweets @ the runaway owl.

I have a lot of questions. First off, whose owl was it supposed to be? Second off, wait, what, there's a live owl in this play?? And how many more are there? Did Flappy the owl I just named really badly and proved I should never be a pet owner run away all on his own, or start a small owl revolution?

But of course, the most important question remains: WHERE IS IT NOW? Is there some highly-trained, deeply confused owl fluttering around the West End as I type this? (And if we find him and bring him back, do we maybe get free tickets to see Curse Child? Wowowow, I'd be a terrible superhero.)

In any case, keep your eyes peeled, London.

Anyway, I'm sure everyone in the play handled it like the #bosses they are. Those of us who are still emotionally compromised by our lack of Cursed Child tickets, on the other hand? NOT SO MUCH.