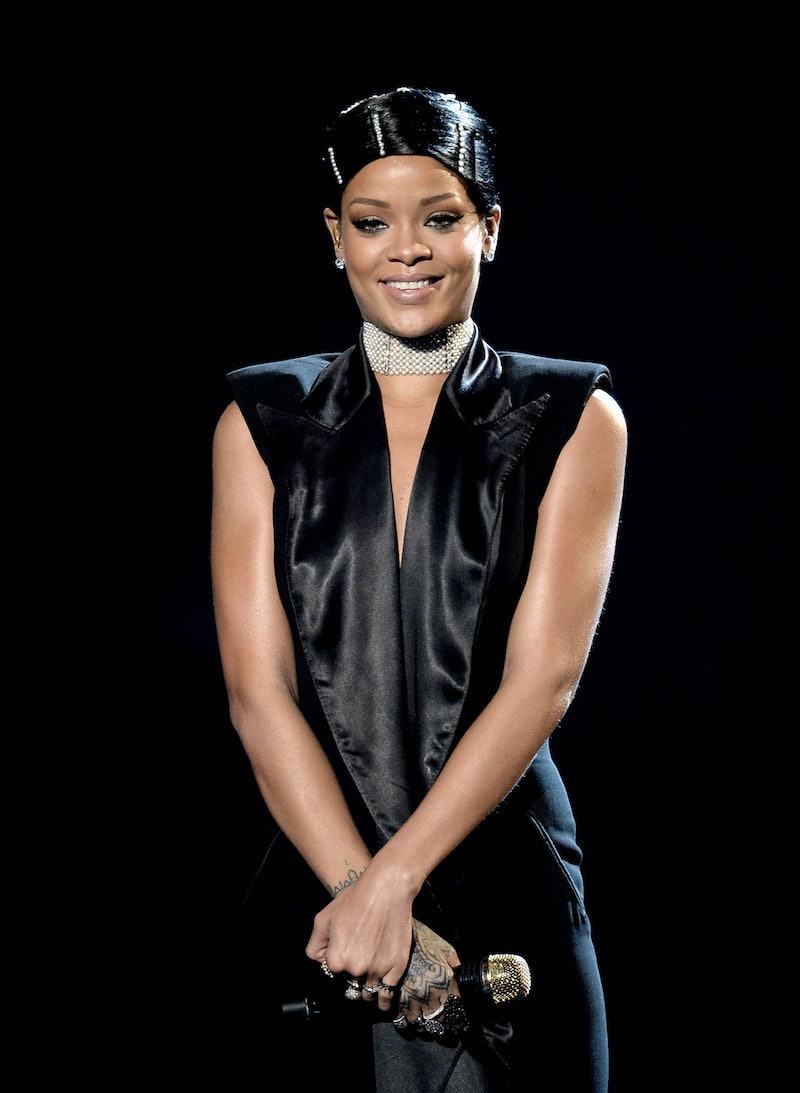 When Rihanna makes a surprise appearance at a concert, you know it's going to be a good night. On Tuesday, Rihanna surprised fans at Drake's concert in Paris at the Palais Omnisports de Paris-Bercy as part of his Would You Like a Tour? tour. Rihanna was also in France at the time, so what better time to join her friend (and ex-boyfriend) onstage?

The sold-out crowd went wild when the two sang their duet, "Take Care." Rihanna also sang her hit song, "Pour It Up." However, the former couple heated things up when they started grinding on each other for a quick moment onstage and getting extremely close, as seen in a video. Sexual tension, much?

RiRi and Drake reportedly also went to the Soixante Dix Neuf nightclub in Paris on Monday, to help celebrate the venue's first birthday. It certainly appears like they still have chemistry, but Drake recently told Rolling Stone that their relationship isn't romantic anymore, even though he called her the "ultimate fantasy."

"We have fun together. She's cool and s**t. But we're just friends," Drake says to Rolling Stone. "That's my dog for life."

You can watch the video of Rihanna and Drake below and judge for yourself:

More like this
Rihanna Shares Video Of 'Black Panther 2' Filmmakers' First Reaction To “Lift Me Up”
By Radhika Menon
Beyoncé & Blue Ivy Performed A "Brown Skin Girl" Duet At Her Private Dubai Concert
By Brad Witter
Watch The Sweet Moment Adele Stopped Her Vegas Concert To Kiss Her Son
By Sophie McEvoy
Meghan Trainor & Daryl Sabara Are Expecting Their Second Baby
By Jake Viswanath
Get Even More From Bustle — Sign Up For The Newsletter
From hair trends to relationship advice, our daily newsletter has everything you need to sound like a person who’s on TikTok, even if you aren’t.