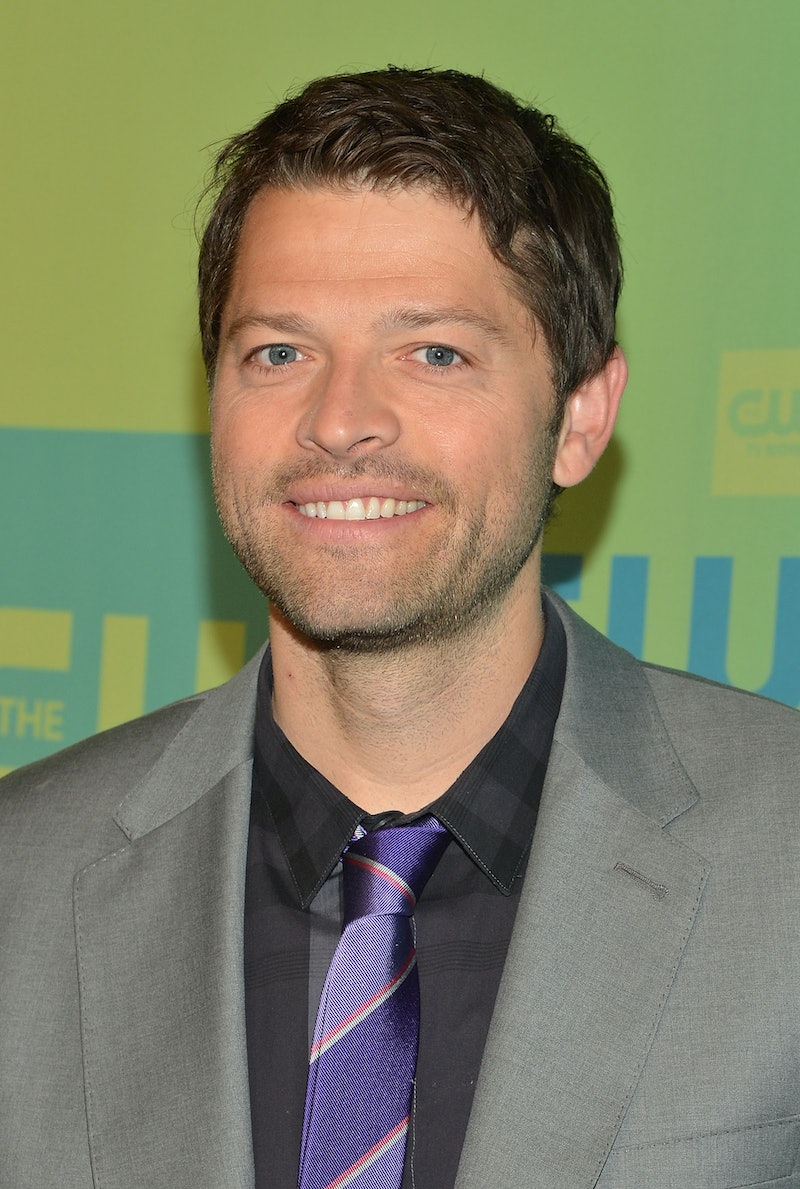 You know him best for playing the beloved angel in a trench coat on Supernatural, but when he isn't busy bringing Castiel to life, talented actor Misha Collins is giving back through GISHWHES (The Greatest International Scavenger Hunt the World Has Ever Seen). Created seven years ago by Collins himself, the event is all about being creative, going outside of your comfort zone, and, most importantly, having fun. With a new year of GISHWHES quickly approaching (registration is now open with the hunt taking place from July 30 through Aug. 6), the 41-year-old actor is reflecting on how his creation has not only impacted his life, but what he hopes to see in the future. "I would like to think that it has helped me grow as a person in some way," he tells Bustle over the phone. He continues,

"Although, I'm very sort of stodgy and set in my ways ... I think, for me, the thing that has been most profound about the hunt has been seeing the effect that it has had on participants. There are times when I feel like, 'Oh this is just too much work. I don't have the resources to put this thing on anymore.' But, then, I meet people who say the most amazing things and who have had this incredible transformative impact on them."

GISHWHES is a huge scavenger hunt, where people can join with a group or be placed with another team. According to the official website, thousands of participants from more than 100 countries participate. Teams are made up of 15 people and for one week each team completes crazy, fun, and unique tasks. The team that completes the most items on the scavenger hunt list then wins the top prize.

Past tasks have ranged from handing out craft-made or real roses to people standing in line at a food bank to playing ping pong underwater on an actual ping pong table with an egg yolk as the ball to doing a dramatic reading of their grade-school report card to creating a Taylor Swift portrait from glue, rice, and dried beans.

Collins assures Bustle that GISHWHES still very much excites him and that he enjoys it just as much as when it first began. "Because it's gotten bigger and there's more logistics around it now, it's a little bit different," Collins admits. "The first one was just me sitting in my living room conjuring up ideas and now we have full-time employees who work on it year-round." Even though it operates a bit more like a company in a sense, Collins takes time to make sure that the scavenger hunt never loses its true meaning. "I find it critical that I be having fun with it," he says, because that's what GISHWHES is all about.

Collins is all about fun and creativity, and he is very thankful that GISHWHES has provided him with the opportunity to be creative in a different way than he gets to during his daily life. He explains,

It exercises a muscle that I don't get exercise all the time in the rest of my daily life. That, for me, has been really kind of wonderful and it's reminded me that's the kind of stuff I really want to do in my life. I've had so much fun doing this that it's made me realize I want to be doing more stuff like this in my life.

It looks like he'll continue to do GISHWHES as long as he can, especially since he hasn't accomplished everything he wants to with the event. "There's so much more that can be done with it," he says. Collins would love to "create a bigger scare" with it and as he puts it, "I have this kind of monomaniacal vision, which is that someday everything will shut down for GISHWHES." He adds, "My goal for it is for it to just grow and grow until it actually becomes a logistical problem. If we keep at it, I think we can get there eventually."

Collins hopes more people will join, they will break more Guinness World Records (so far, GISHWHES has broken seven), and overall just be bigger and bolder. As for this year's events, it's going to be different, but Collins can't say how just yet. "It's hard for me to say, as yet, because the mix for the hunt is still evolving," he says about GISHWHES 2016. "But, I think it's going to be bigger than ever before."

For those who aren't sure about participating, you may want to rethink your decision. As Collins points out,

You have nothing to lose. The great thing about GISHWHES is that people can participate in it at whatever level of creativeness they want to. They can either go for broke and try to win the trip to Iceland... or they can just dip their toes in and participate a little bit and see if they're having fun.

Before you know it, you just might become addicted to GISHWHES, which I'm sure would please Collins. If you're interested in trying it out, then be sure to register before it's too late.