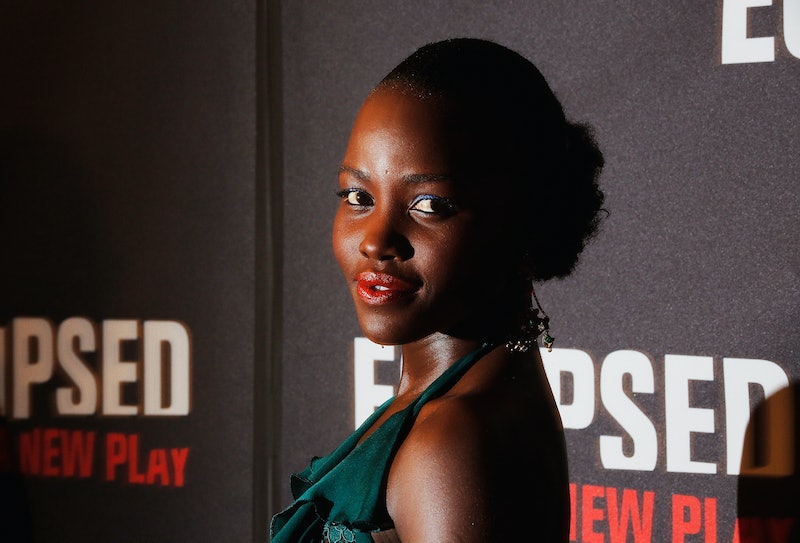 There are a lot of reasons to tune in to the Tonys tonight (Hamilton performances, anyone?) and the style is certainly one of them, what with Broadway's signature flair for the dramatic. So, how can you watch the 2016 Tonys red carpet?

It'll be quite the year to admire all the Tony fashion happenings — ultra-stylish stars like Lupita Nyong'o and Michelle Williams are both nominated for awards, while scores of fabulous actors will be presenting. Honestly, with Cate Blanchett, Saoirse Ronan, and Lucy Liu all set as presenters it's sure to be a superlatively stylish night — especially if Blanchett goes for Armani Prive, Liu goes for Carolina Herrera, and Ronan mismatches exorbitantly extravagant Chopard gems once more.

Plus, Nordstrom is also sponsoring this year's Tony Awards, so many of the show's nominees and presenters will be wearing designer accessories from Nordstrom, which will in turn be featured on Nordstrom website. It's an interesting way to combine ecommerce and red carpet glamour — as Nordstrom vice president of designer merchandising explained to WWD, "I think that kind of online tie-in makes sense with this kind of partnership. Our customer loves to see what celebrities are wearing and, if inspired, they would like to buy it, so why not be able to sell it now?”

At any rate, thanks to Nordstrom's sponsorship, the Tony Awards red carpet will be streaming across a whole host of different platforms, so you pretty much can't miss the it — you'll be able to catch it on Vogue.com, People.com, CBS.com and EW.com, as well as the official Tony Awards live stream, and Nordsrom's own blog, The Thread.

They've got all their streaming bases covered, so basically, if there's a will, there's a way. With all those options, you kind of have to take a look, right? After all, who wants to miss any opportunity to see veritable fashion queens Cate Blanchett and Lupita Nyong'o breathe the same air?

Will you be tuning in? I certainly will!