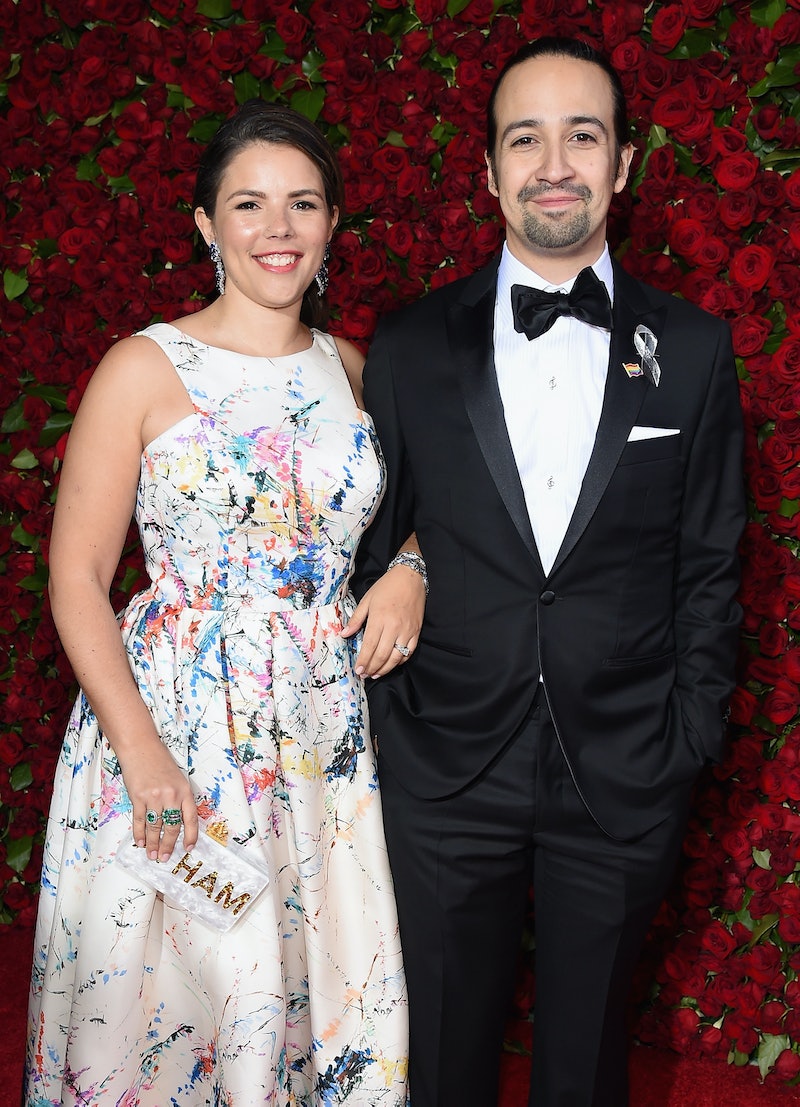 All eyes at the Tony Awards are on Lin-Manuel Miranda, the writer and star of Hamilton, who already has a few awards for In the Heights, his first Broadway musical. Hamilton 's record-breaking Tony nominations — it nammed 16 — means that the show could make history. And when the Hamilton scribe took home his very first Tony Award of the night on June 12, Lin-Manuel Miranda's acceptance speech for Best Score was both an example of his amazing writing and a tribute to the victims of the Orlando shooting from earlier that day. Miranda got visibly emotional, beginning to tear up as he recited a poetic ode to his wife, the historical figures in the show, and love winning out over violence and tragedy.

The moment when Miranda's name was called, the audience gave a huge reaction (and I'm sure the many fans of Hamilton at home were doing the same). Miranda's In the Heights acceptance speech was not just incredibly emotional, but also showed his quickness, as he freestyled an acceptance speech filled to the brim with Broadway references, like Steven Sondheim's Sunday in the Park with George. This year, Miranda quipped "I'm not freestyling, I'm too old. I wrote a sonnet instead." At the time, he was mostly known by hard core Broadway-philes. Now, Miranda has almost 500,000 Twitter followers and, according to Business Insider, Hamilton sold over $61 million in tickets as of April 2016.

Here's a video of Miranda's speech:

And these are the words contained in his moving sonnet:

"My wife's the reason anything gets done

She nudges me towards promise by degrees

She is a perfect symphony of one

Our son is her most beautiful reprise.

We chase the melodies that sing to find us

Until they're finished songs and start to play

When senseless acts of tragedy remind us

That nothing here is promised, not one day.

The show is proof that history remembers

We live through times when hate and fear seem stronger

We rise and fall and light from dying embers,

Cannot be killed or swept aside

As synchrone as a symphony Eliza tells her story

Now fill the world with music, love, and pride."

Hamilton's many wins are impressive, but this passionate speech, and the way it paid tribute to the victims of the Orlando mass shooting, is the perfect example of Miranda's immense talent.