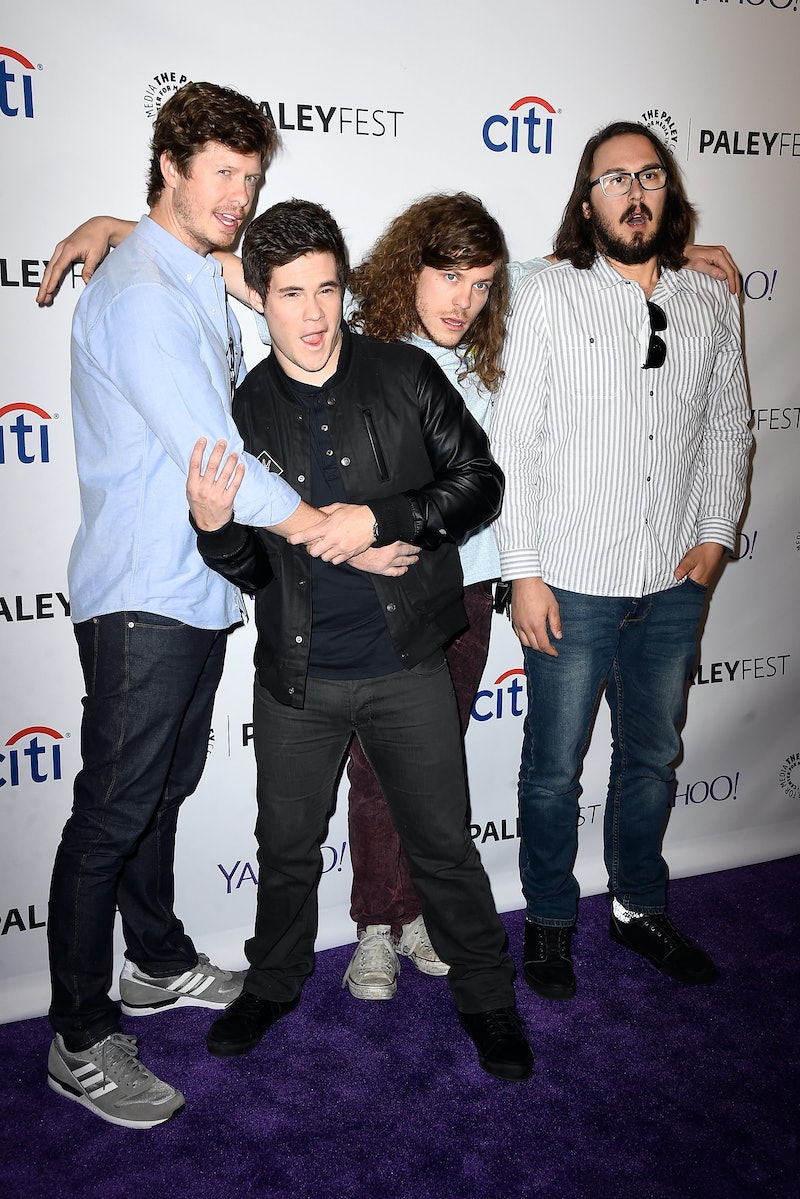 Workaholics co-creators Adam Devine, Blake Anderson, Anders Holm, and Kevin Newacheck are taking their irreverent comedic style to a movie format. According to The Hollywood Reporter, the Workaholics co-creators are making an action comedy alongside Seth Rogen and Scott Rudin. But Game Over, Man! (the film's title, which is awesome) won't be a Workaholics spin-off. In fact, it appears that the Netflix original movie will be something totally different.

Oh yeah, that's right. The film will be a Netflix original with a newly conceived story and characters. The script was written by Holm (you might know him as Ders on Workaholics) and the film will be directed by Newacheck (who also directs Workaholics and appears onscreen as Karl). Devine, Holm, and Anderson will all star. Now that we got the basics out of the way, you're probably wondering what exactly Game Over, Man! will be about. At this point, plot details are still being kept under wraps, so it's all pure speculation.

The title of the film is a reference to a line that Bill Paxton says in Ridley Scott's Aliens, which makes me naturally wonder if Game Over, Man! could have something to do with, well, extraterrestrial life... or maybe if it's just that these four guys are just really big Ridley Scott fans. Could be both. Devine confirmed the news on Twitter, but unfortunately, didn't give anything major away.

According to The Hollywood Reporterm the movie has been described as "Die Hard in a hotel," which, let's be real, could mean anything. Whether or not it also means we can expect Bruce Willis to make a cameo can't be said for sure, but here's to hoping, right?

There's one thing we can discern from the little information we have. More than likely, Game Over, Man! will follow Workaholics in terms of comedic style. I can't imagine that these long-time collaborators and friends will drift too far away from what they know best. At least not with their first official foray into film.

If you haven't seen Comedy Central's Workaholics, I suggest you catch up now. The show follows three slackers (Holm, Andersen, and Devine) as they navigate life as hapless 20-somethings. Void of ambition and sometimes basic morals, the three guys try to figure out how to make it post-college. The show's both smart and ridiculous enough to make what would otherwise be a pretty basic concept entertaining, and parodies the mentalities of young men with an acute sense of itself. Workaholics, above all else, is always in on its own joke.

Which means that if Game Over, Man! follows in its footsteps, it will definitely be a comedy worth watching.