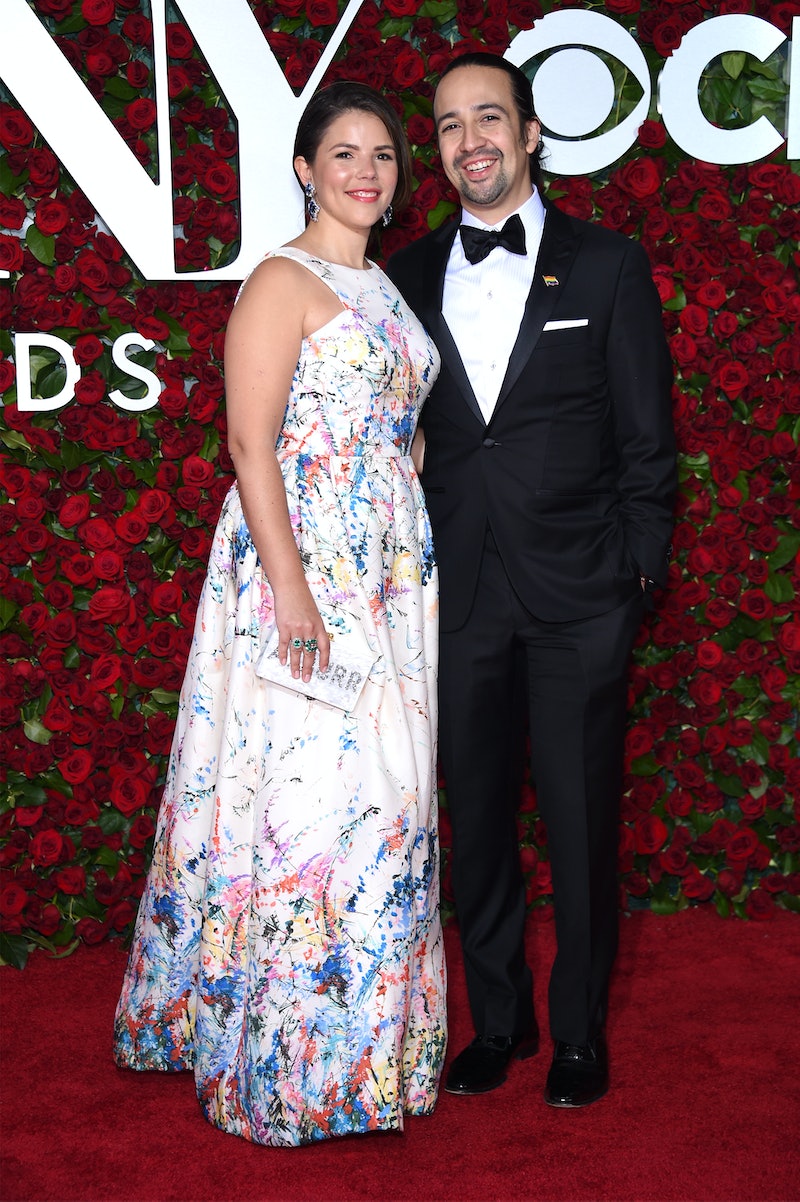 Hamilton lead Lin-Manuel Miranda is one of the hottest stars on Broadway. But what about his wife, Vanessa Nadal? Well, she is as smart as she is stunning, since she is both a scientist and an attorney. And on Sunday night, Vanessa Nadal's 2016 Tony Awards dress was an exclusive design by Cenia New York, boasting a pink and blue splatter print. The sleeveless, nipped-at-the-waist gown was certainly unique, thanks to the paint-like bursts of color. Nadal accompanied her husband, who is nominated for the Best Actor in a Musical Award for the show that has become a cultural phenomenon, to the ceremony and her dress popped against his classic black tux.

According to Cenia's Twitter bio, the designer's aesthetic "blends inspiration from her Latin roots with her American influence to create a modern look. Collections created to flatter women no matter what shape!"

Nadal's Tonys dress embodies those qualities. It had a bit of a retro silhouette, thanks to the square neck and the cinched waist. But the floor-sweeping length and the unorthodox print transformed it into both edgy and modern.

While Nadal is not a celeb like her husband, she still manages to capture our attention. We are as interested in her as we are her beloved and talented husband.

She is clearly a sophisticated and intelligent woman and her style is fun and lively! Don't you love the bottom? The splatter is so cool, since it also has a dip-dyed look. These two? Relationship and style #Goals.

The first look at the dress gave off a vintage vibe.