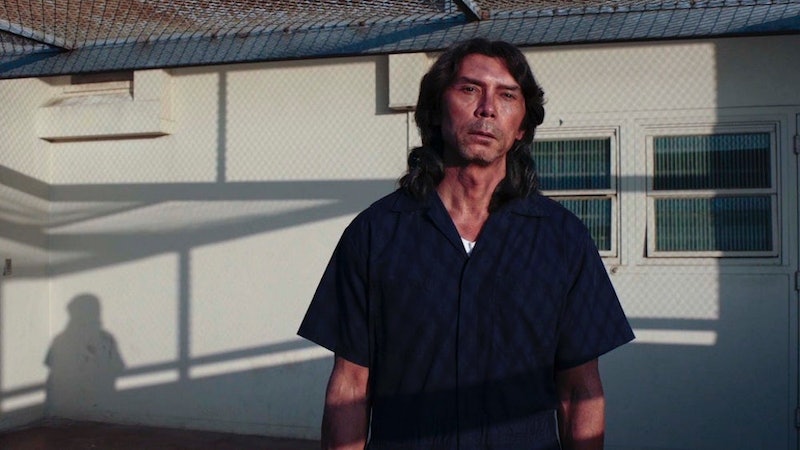 In 2013, CNN reported that serial killer Richard Ramirez, also known as "the Night Stalker," had died of natural causes while on death row in California. In the spring and summer of 1985, Ramirez had terrorized residents of Southern California and San Francisco. He was captured, convicted of numerous crimes including 13 murders and 11 sexual assaults, and sentenced to death. Over the past year, the Night Stalker case has been brought back into the public eye — Ryan Murphy's version of Ramirez was featured in American Horror Story: Hotel and the upcoming Lifetime movie The Night Stalker is inspired by his case. Although the film adds a number of fictional characters, the Night Stalker isn't the only real person depicted — so where is Richard Ramirez's wife, Doreen Lioy today?

Although Ramirez was single when he went to prison, The San Francisco Chronicle reported that, like many notorious death row inmates, he received a large volume of love letters while he was in jail. According to the outlet, Lioy sent him 75 letters throughout an 11-year period and they married in 1996. According to a 1997 CNN report, she always believed Ramirez was innocent and stated that: "He's kind, he's funny, he's charming... I think he's really a great person. He's my best friend; he's my buddy." Lioy also claimed that her family had disowned her because of the marriage and that being married to a death row inmate was a "lonely lifestyle."

After Ramirez's death, The Los Angeles Times published a brief account of staff writer Christopher Goffard's impression of Lioy. Goffard was at San Quentin to interview a different inmate for a story when he observed Ramirez and Lioy in the visiting room. He described Lioy as a journalist who first saw Ramirez on TV and claimed she could see his "vulnerability." Goffard reported that Lioy visited her husband four times a week and was frequently one of the first people in the visiting line. When anyone commented on the fact that she was married to a convicted serial killer, Lioy would reportedly roll her eyes and say, "hometown girl makes bad."

There were no reports of a divorce and a New York Times article about Ramirez's death indicated that he was still married to Lioy in 2013. However, his estranged niece Shelly Ramirez was interviewed by the Daily Beast several weeks after his death, and the article noted that Ramirez's body had not yet been claimed. Scott Robinson, a spokesperson from San Quentin, told the Daily Beast that there had been a conversation with his next of kin, but the body would be cremated if no one claimed it. Robinson also told the outlet that: “[Ramirez] wasn’t allowed to have personal visits all of 2010 and the last few years he has refused to visit with everyone.”

Today, no details about Lioy are available and her whereabouts are unknown. Her CNN interview about her marriage to Ramirez indicated that she wasn't close with any family members or friends due to their disapproval of the relationship. Whatever Lioy is up to today, she's clearly made an effort to avoid public attention.

More like this
Where Is Charlie Evens Now?
By Morgan Leigh Davies
Here’s What Hunter Moore Is Up To Now
By Arya Roshanian
Meet Charlotte Laws, The Woman Who Helped Take Hunter Moore Down
By Arya Roshanian
7 Things We Learned From Rebekah Vardy's First Post-WAGatha Christie Interview
By Sam Ramsden
Get Even More From Bustle — Sign Up For The Newsletter