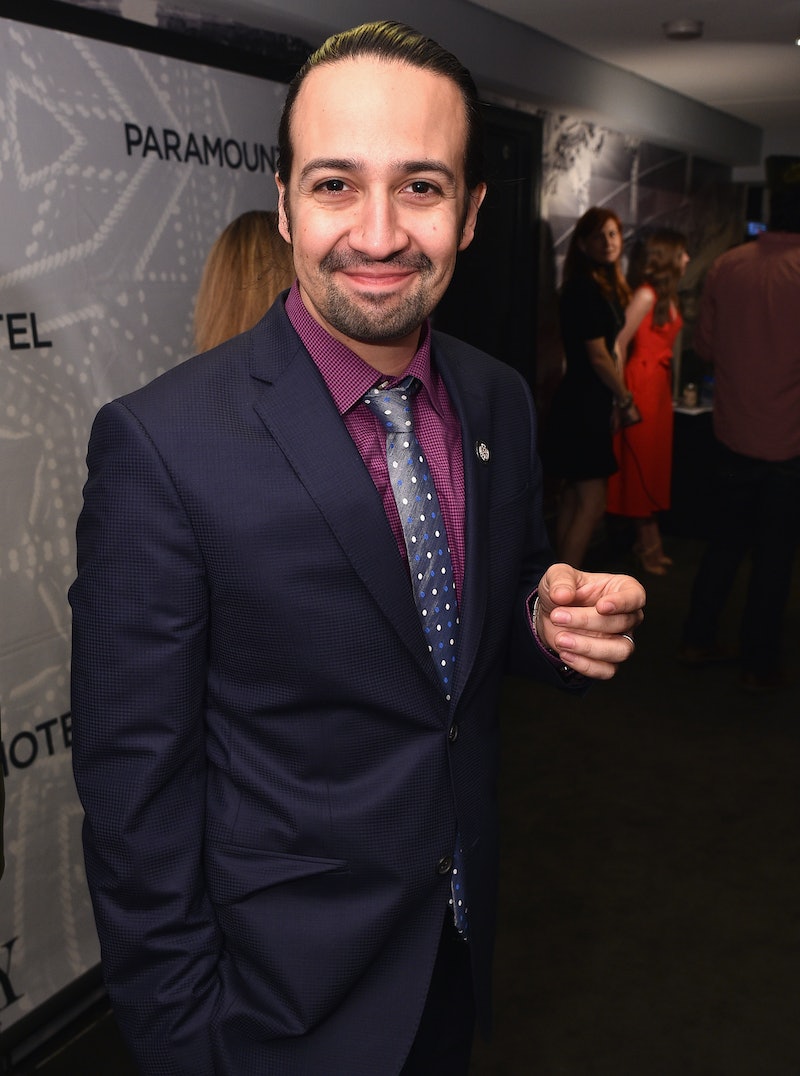 As much as we want Hamilton creator Lin-Manuel Miranda to stay playing the "10-dollar founding father" forever, he's obviously going to move on and do other things. (I mean, it's not like any of us can get Hamilton tickets anyway.) One of his post-Hamilton projects that has already been confirmed is the long-awaited sequel to Mary Poppins , where Lin-Manuel Miranda will co-star alongside Emily Blunt, reported Entertainment Weekly. But, how long do we have to, if you'll excuse the expression, wait for it? When is Mary Poppins Returns going to come out?

Oh, it'll be a jolly holiday in two years, because Playbill reported that the Mary Poppins sequel is coming out on Christmas Day, 2018. The movie will be directed by Rob Marshall, who directed the recent Into the Woods adaptation, and it'll be about an older Michael and Jane who need their nanny's assistance in Depression-Era London. (Doesn't sound like there'll be much to laugh about there.) Playbill says that Miranda will play a lamplighter friend of Poppins', which I'm assuming will be the equivalent of Dick Van Dyke's chimney sweep.

While everyone is over the moon about Miranda now, Disney actually deserves credit for being a Miranda early adopter. Here are some other Disney/Miranda collaborations.

The Odd Life Of Timothy Green

This is about a couple who can't have kids and the magical plant-child who shows up on their doorstep. You can catch a glimpse of Miranda at the 1:30 mark in the trailer. The movie came out back in 2012, so Disney deserves credit for spotting Miranda's talent before he totally blew up with Hamilton.

Miranda wrote the music for "Jabba Flow," the song that plays as the heroes walk through Maz's palace. (You can download a full version of "Jabba Flow" if you so desire.) In the clip above, Miranda performs it with J.J. Abrams as part of #Ham4Ham.

Miranda wrote the songs for Disney's newest animated princess. And The Rock co-signed off on them, so you know they're good. Hamilton's Phillipa Soo (Eliza) was recently added to the cast, accoridng to NBC News.

Strangely, Miranda is not writing the music for this one. The team behind Hairspray is doing the original music, according to Just Jared. But I bet dollars to donuts that Miranda gets a rap in there.

Could He Be A Marvel Hero?

It seems like Miranda has had a presence in most of Disney's major branches: Live-action movies, animated films, and Star Wars. Marvel is the biggest one he still has to conquer. It's a shame that Alexander Hamilton's only superpower was prodigious writing, but I bet Miranda would win a rap battle against Tony Stark.