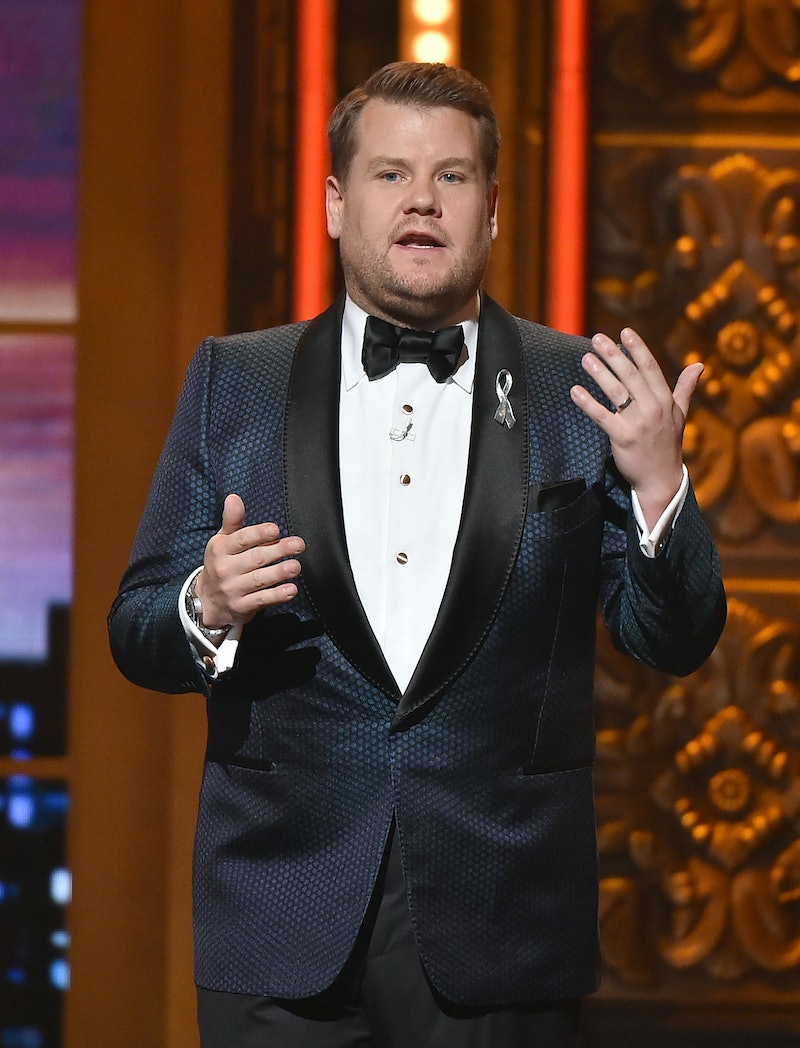 Over the course of the 2016 Tony Awards, the Orlando shooting that took place earlier on Sunday was honored many times, both in tributes from the show itself and in winners' speeches. That continued in the press room for the Tony Awards, as winner Frank Langella said he tore up his original speech after his matinee show right before the awards because he knew he had to mention the Orlando tragedy. The first thoughts that went through the veteran actor's mind upon hearing of the mass shooting were "anger and disgust." He admitted to reporters that he responds much more viscerally to life events in his 70s than he did several decades ago. "This is night for celebrating a great group of people," he concluded, "but I meant what I said that the theatre people are the most generous in the world."

The Orlando shooting was steadily referenced throughout the Tonys. Attendees all wore silver ribbons in respect and response to those lost. James Corden noted at the start of the show shrouded in darkness with a dim spotlight that we all stand with those affected. Lin-Manuel Miranda carried the tragedy of Orlando in his speech — a sonnet — as he emotionally recited his words, repeating "love is love is love" to thunderous applause.

In the press room, Andrew Lloyd Webber concurred that not only is it important to support diverse communities, which he does via the initiative under his name that was mentioned during the live broadcast, but to acknowledge that we should celebrate our differences. "Every penny, every cent you put into music and the arts comes back to you 10 times over," Webber said enthusiastically.

After seeing how much focus the Tonys put on Sunday morning's tragedy on stage, it was reassuring to see the night's big winners continue to show support for all those affected after their wins. It proved though the show went on, everyone's thoughts are still with the victims of the Orlando shootings and their families, who deserve to be honored.

More like this
Ekin-Su & Davide’s Next Move Is Confirmed & Involves *A Lot* Of Travel
By El Hunt
Christina Aguilera Took A Powerful Stand At Brighton Pride
By Sam Ramsden
Are John Legend & Kanye West Still Friends? The Singer’s Latest Update Is Candid
By Brad Witter
'The Capture' Is Finally Back – & S2 Looks Tense AF
By Sophie McEvoy and El Hunt
Get Even More From Bustle — Sign Up For The Newsletter