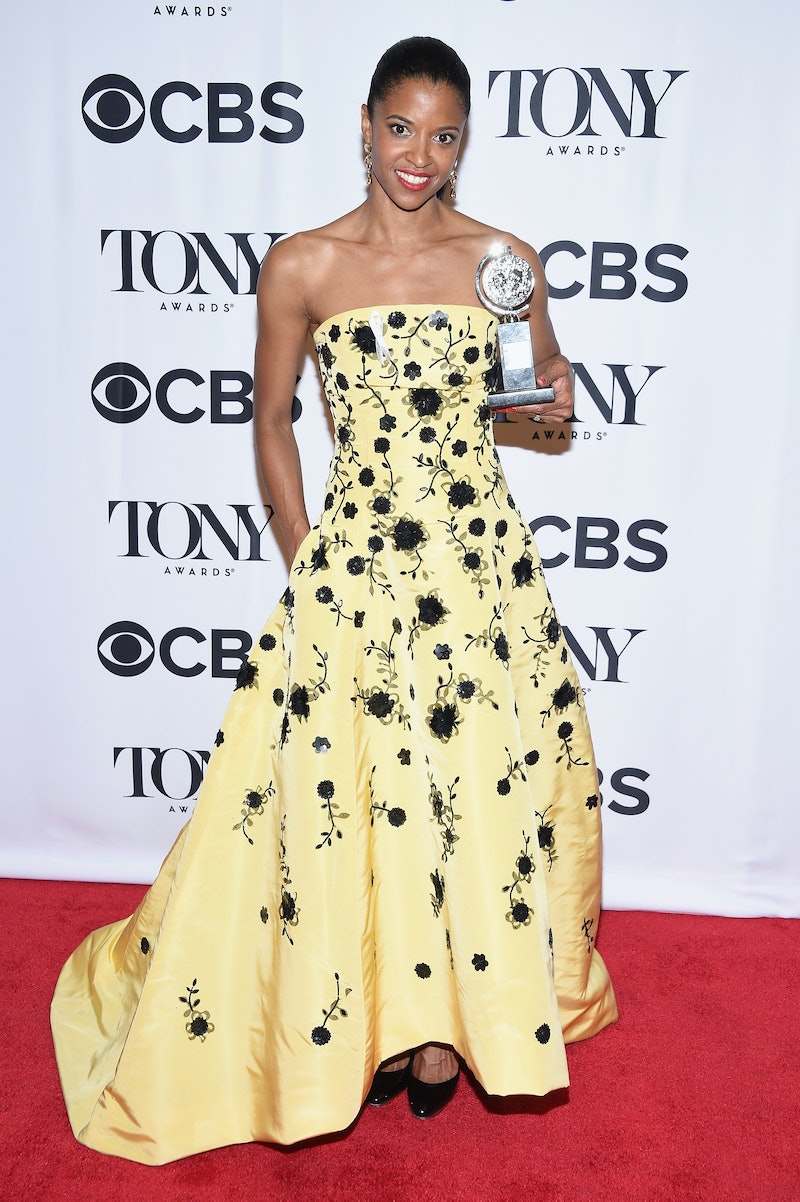 Newly minted Tony-award winner and Hamilton star Renée Elise Goldsberry was all tears and appreciation during Sunday night's awards show. The 45-year-old actress broke down during her acceptance speech for Best Actress in a Featured Role to reveal that she'd struggled to have children for 10 years and was ultimately blessed with "Benjamin and Brielle and now..." she held up her Tony triumphantly, "this." It was an inspiring moment and Goldsberry continued to give moving words in the Tonys press room.

While Goldsberry has been acting in theater for years — she mentioned that she's semi-famous for being the last person to play Mimi in Rent's Broadway run —she told reporters that it took persistence and the "grace of God" to reach this point in her career. Renée's voice alone may have been enough proof that she was a shoe-in to win, but the actor noted that she's also had a lot of support pursuing her Broadway dream. And despite her long list of credits, she said that Hamilton is a project she's incredibly proud to be a part of because every day, she sees the affect the show has on how children see theatre.

The fact that Hamilton features a racially diverse cast playing historical figures cannot be overlooked, because it shows that the musical has not only excelled financially and critically, but at reaching audiences that don't often see themselves represented on stage — especially as leaders in historical stories. "I never thought for a second there was anything strange about me playing Angelica Schuyler," Goldsberry said. And though the award-winning actor admitted that sometimes, she creates barriers for herself, she also said, "I never, ever, ever see the fact that I may not look like somebody may make me not fit to play them." You can see more of what Goldsberry had to say to reporters in the video below.

Goldsberry aspires to be "a woman that is learning every day, but means to be powerful and influential no matter what barriers she faces" and with this Tonys win and such an inspiring message, I think it's safe to say she's achieved that goal.