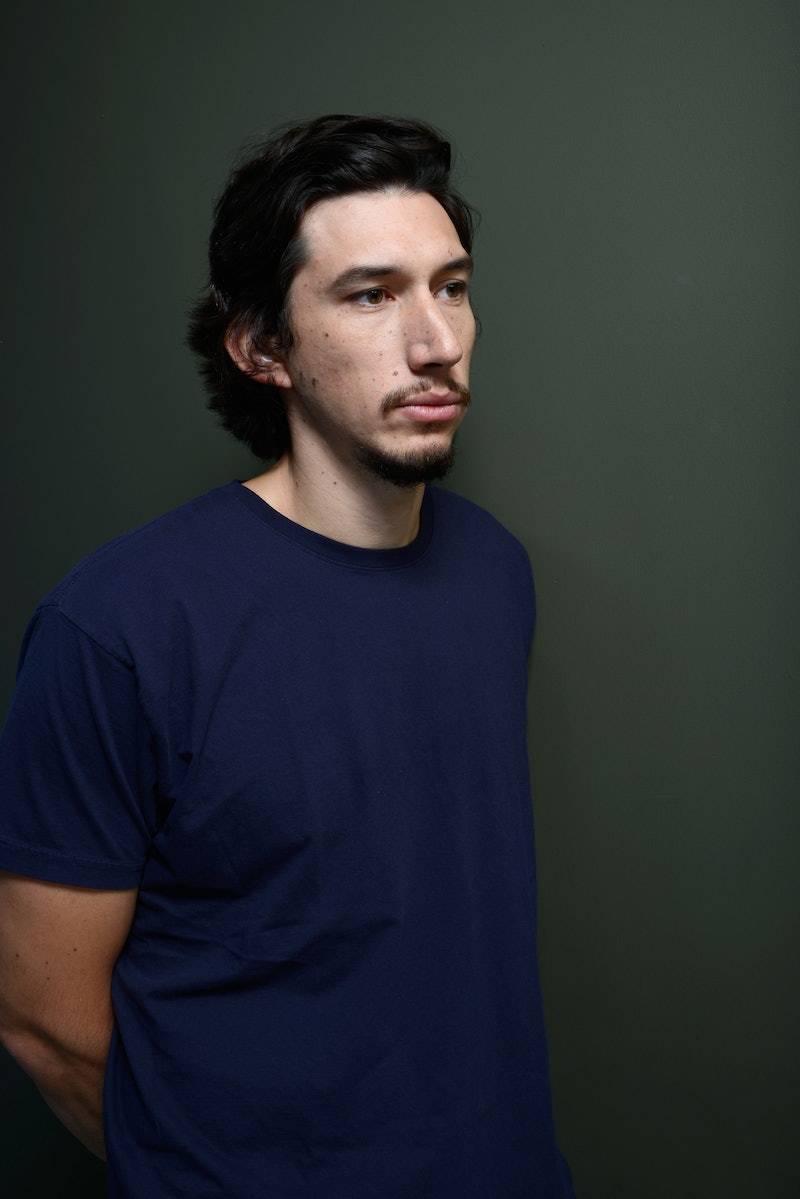 It seems like just yesterday that Girls star Adam Driver was making us super uncomfortable with his character's sexual habits. Now he's in final talks for a huge role in one of the biggest franchises of all time. Adam Driver as Star Wars: Episode VII 's villain? Aw, they grow to fabulous success so fast!

Driver's been in talks for the film for months, and in fact it feels like everyone's been in rumored talks with the film for months, from Michael B. Jordan (who was just cast in the upcoming Fantastic Four reboot), to Friday Night Lights/Breaking Bad star Jesse Plemons, to Gary Oldman. Now it seems that after months of ironing out schedules, Driver's about to be the first official casting announcement of the new film, other than R2D2, who is cute for a robot but doesn't really count because... well, because he's a robot. And apparently, Driver will be playing the villain.

Driver's been making the Hollywood rounds a lot recently, from his roles in Inside Llewyn Davis and Frances Ha to, of course, Girls. This is the kind of role, though, that could launch any person to immediate household name status. And hell, he seems ready for it. Take these comments he made to Vulture late last year talking about whether or not it's daunting to get thrown into the deep end with the pros in a different environment:

I try to approach it like everything else. I think there’s something masochistic in actors anyway — they enjoy that feeling like, 'Okay, everything in my body is telling me that I should run away and cry and vomit, but I’m going to suppress all those impulses and try to be focused.' You get some kind of sick pleasure from that.

He was talking in reference to Inside Llewyn Davis back then, but it could just as easily apply to going big blockbuster sci-fi from indies and Hannah Horvath.