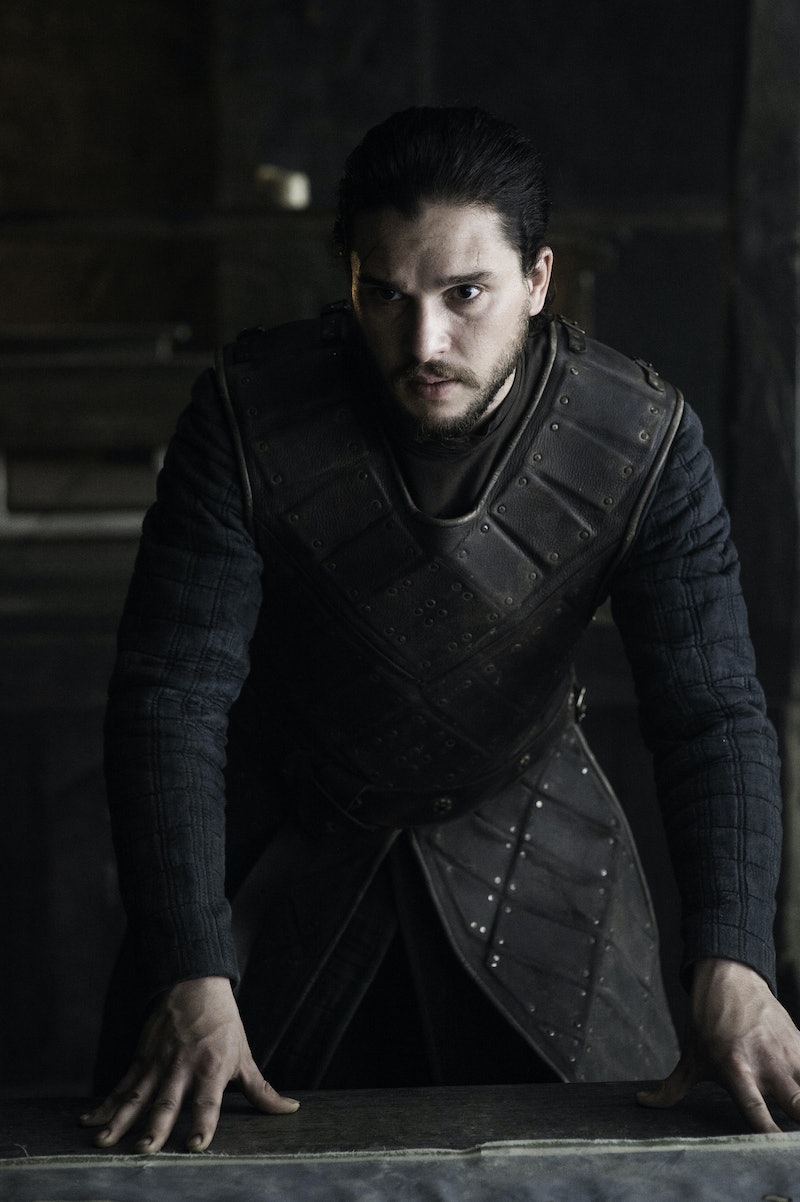 There's a battle brewing in Westeros, and it's certain that the North won't be forgetting this one any time soon. Next week is Game of Thrones' Battle of the Bastards. In one corner, the resurrected bastard of Winterfell, former Lord Commander of the Night's Watch, and wildling diplomat Jon Snow. In the other corner, Lord of Winterfell, murderer of his own father, the Bastard of Bolton himself, Ramsay Bolton. The upcoming Bastard Bowl follows the show's trend of having an epic moment toward the end of every season, much like how Season 5 featured the Battle of Hardhome and Season 4 had the Battle of Castle Black. This promises to be one of Game of Thrones' biggest battles yet, but are there any clues about who will win the Battle of the Bastards?

Words hold a great deal of weight in Westeros — not just promises kept and treaties broken, but in the declarative statements that people make about the future. Game of Thrones is fiction, after all, leaving it open to devices such as foreshadowing and poetic justice. Looking at hints within the story so far, there are some strong clues that the next battle will fulfill the saying that "there must always be a Stark in Winterfell." Here are the clues that show that Jon Snow will emerge victorious at the Battle of the Bastards.

Jon Snow Is The Bastard Who Was Promised

A common theory about the A Song Of Ice And Fire books and Game of Thrones holds that Jon Snow could be the one who fulfills the prophecy of Azor Ahai, or "The Prince That Was Promised." This Prince will be the one to protect humanity from the White Walker threat. If Jon Snow is the Prince, then he has a far greater purpose than to simply lose the Battle of the Bastards. Jon himself says in the preview of the episode that "Thousands of men don't need to die. Only one of us." If he is truly meant to be "The Prince That Was Promised," then he should be able to survive the Battle of the Bastards, which means he will likely emerge the victor.

Ramsay Bolton Is A Mad Dog

There's a prophecy concerning Ramsay Bolton that isn't quite a "prophecy" in the traditional, magical sense. However, it is a statement that carries some importance, considering the context. Roose Bolton, the former patriarch of House Bolton, told his bastard child, "If you acquire a reputation as a mad dog, you’ll be treated as a mad dog, taken out back and slaughtered for pig feed." Soon after he is told this, Ramsay stabs his father in the gut. Ramsay has always been a mad dog, torturing his prey for sport and foolishly trying to prove that he's more than simply a bastard. It appears as though at the Battle of the Bastards, Ramsay will finally be confronted by people who are willing to treat him like the mad dog he is.

There are many other indications that Jon Snow will emerge the victor — namely, Sansa's connection to Littlefinger could get the knights of the Vale to fight alongside Jon's army, which would then hugely outnumber Ramsay's men — but nothing in Game of Thrones has more power than words. Jon became the man he is by gaining the trust of the wildlings and encouraging other lords to take his side, and throughout Westeros and Essos, the words of prophecy are treated with great reverence. If these words and prophecies are any indication, the Starks will soon have the claim to their rightful home of Winterfell very soon.