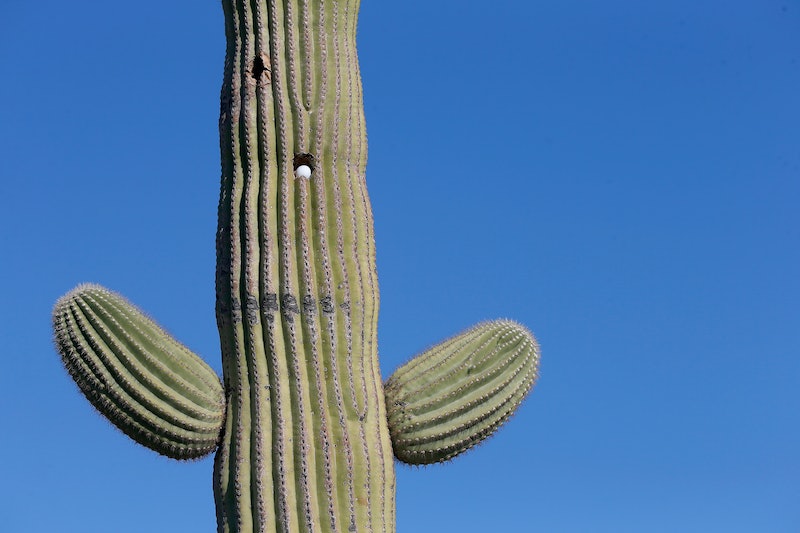 Once upon a time — say, in high school — there were only two different kinds of people: People Who Have Sex, and People Who Don’t. But as we all grew up and turned into People Who Have Sex, our sexual selves became more complicated, and our identities became more slippery. One week, you’re a Born-Again Virgin; by the next, you might be a Person Who’s Experimenting with Polyamory and Japanese Love Pillows. It’s all part of life’s rich, naked pageant, and for the most part, it’s pretty fun.

But sometimes, our shifting sexual selves accidentally slide into something less fun. I’m speaking, of course, of the series of unfortunate events — the prolonged inability to secure a sexual partner, even though you would really like one — that transform a Person Who Has Sex into a Person Who Used to Have Sex. This is known as a sex drought. And it is damned confusing.

And it can be even more confusing when you’re a woman. We spend so much of our lives hearing that “women can get laid whenever they want,” that when you find yourself in the position of being a woman who cannot get laid, you begin to wonder. What is your terrible flaw that is separating you from all “normal” women, who, as we know, can get laid whenever they want? Is it your weird cowlick? Your loud laugh? Your consistent inability to correctly pronounce “caprese salad”? WHAT IS IT????

Here’s the good news: women cannot get laid whenever they want. OK, yes, that’s technically bad news. But it’s good to know if you’re currently in the midst of a sexual drought. Everyone suffers through dry spells from time to time — and sometimes, for a looooong time. You’re not a freak; you’re in the middle of one of the many peaks and valleys that make up a regular dating life, and what you’re going through is completely normal — and, most importantly, not permanent.

I know, because it happened to me. One night, several years ago, I went to bed plain old me; the next day, I awoke a sexual leper who could not give it away with a side of fries. I spent the next 10 or so months denying, bargaining, and trying to figure out what the hell was going on. And eventually — long after I had given up hope — I had sex with a person who was not me again.

Today, I’d like to share my knowledge, and guide you through the phases of your own sexual drought. Let’s get you to the other side of this monster!

Phase 1: Nothing Out of the Ordinary

Who doesn’t go a few months without a date here and there? People are busy, it’s tax season, whatever. Everything is cool.

The day that you realize you have never gone this long without sex before? This is the day that Subtle Panic moves in. In the Subtle Panic phase, you’re still too weirded out to say anything about your drought to most of your friends, but you start to wonder about what might be wrong with you — which makes you edgy and hyper-self-aware, which makes it way harder for you to actually talk to anyone new.

On a Friday night, expect: to probably be way too far inside your own head to actually do anything.

When you enter Full-Blown Panic, all your friends know about your drought. Because you told them — most likely at the top of your lungs, while sloshed on boxed wine, while somewhere inappropriate, like a child’s birthday party, or a quarterly sales meeting. If yelling personal things while on a boxed wine drunk is new to you, get used to it, because it is your new normal inside Full-Blown Panic. Full-Blown Panic is also the time when your fear finally overtakes your inhibitions, and you start boldly asking co-workers, acquaintances, and any other poor fool who happens across your path about the longest amount of time they’ve gone without sex.

On a Friday night, expect: to begin acting more sexually forward than you ever have in your whole entire life.

You’ve emerged from Full-Blown Panic with a new, eerie calm, sort of like Jack Nicholson in the middle part of The Shining. You’ve decided to find someone to have sex with you now by contacting everyone who has had sex with you in the past. They’ve already shown interest! It’s like they signed up for an email newsletter to be notified of vacancies in your vagina, right? This phase ends in one of two ways: you actually have sex with an ex, and the drought ends; or you try to lure an ex in, and… fail.

On a Friday night, expect: to feel overwhelmed.

Rock Bottom generally hits the morning after a failed Recycling overture. You wake up alone and hungover. You walk into the kitchen, and spy a red wine spill that you tried to clean up with five rolls of toilet paper instead of one roll of paper towels. You see that, for reasons still unknown to you, there is a Scrabble tile floating in the toilet. You curse yourself, your life, and every decision that brought you here. You never thought you could feel like this much of a failure — not at your job, not even at love, and certainly not at sex, for god’s sake! That’s something strange dogs do to each other in the park! Maybe you cry. Maybe you just stare off blankly into the middle distance for a while. Either way, you are not very fun to have brunch with.

On a Friday night, expect: NO.

From the horror of Rock Bottom comes the healing white light of Acceptance. There’s no way to speed up to this phase, unfortunately. There are ways you can try to cultivate it — by learning how to be less hard on yourself, by being really honest with yourself about sex and relationships and what you’re trying to get out of them, or by not letting yourself get too depressed. But Acceptance comes on its own time. One day, you’ll just think to yourself: “I don’t know how much longer this sex drought will go on…and that's OK. This is going to be fine. I am strong. I have faced down something that has made me worry that I’m defective — but I know that I'm not. I am proud of who I am. I am me, and I am good, no matter who is doing me.”

On a Friday night, expect: to feel alright.