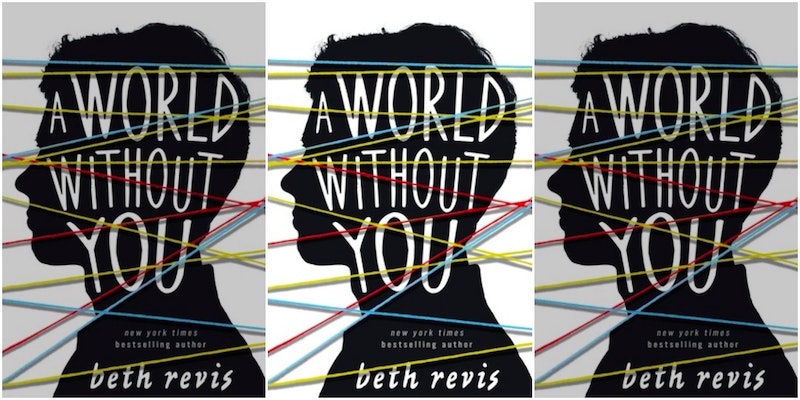 When we're talking about the best books of July 2016, we have to address the magical elephant in the room first: Harry freaking Potter. Harry Potter and the Cursed Child , based on the future Hogwarts world play that has Harry, Ron, and Hermione as grown-ups, will be released this month. Surely any other YA novel coming out in July is going to have to make some noise to be noticed. And don't fret, they definitely are.

July might be the month of fireworks and beach days, but young adult authors decided that instead it's the month of the thriller. You'll be captivated in stories of exorcisms, drug-fueled mania, murder cover-ups, and serial killers. From murder mysteries to straight horror to psychological thrillers, YA novels this month are going to give you the chills even as the temperatures are rising.

That doesn't mean that a little summer lovin' isn't in order, too. There are young adult love stories like you've never read before, starring conjoined twins, a physics whiz tasked with saving the world from Armageddon, and a teenage boy blessed with time-travelling superpowers — or so he thinks.

So when you're getting your tan on (don't forget your SPF!) poolside, you'll want to pack one of these 12 books in your fashionable tote.

1. The Merciless II: The Exorcism of Sofia Flores by Danielle Vega (July 5; Razorbill)

The Merciless scared the bejeezus out of me, so it's both a blessing and a curse to have a sequel on my bookshelf. The Merciless II: The Exorcism of Sofia Flores picks up as Sofia is still reeling from the botched exorcism that killed three of her best friends. Since that fateful night, Sofia has been haunted by demonic visions, but things go from bad to worse when her mother dies in an accident and Sofia is sent to an eerie Catholic boarding school. But a potential close relationship with a classmate named Jude flips on its head when Jude decides that maybe Sofia is the one that needs and exorcism. Do you have the creeps already? Good.

Adrenaline junkie Ryan Poitier Sharpe feeds her need for speed every summer on her parents’ skydiving center in the Mojave Desert. But after a bad LSD-fueled near-death experience, Ryan loses her edge. The experience sends her spiraling, disrupting her relationships with family and friends, and wrapping her up in psychological turmoil. This psychological thriller heats up as Ryan tries to become the woman she was before.

Um, a YA novel that's being compared to How to Get Away with Murder and the defining movie of my teen years, I Know What You Did Last Summer? Sign me up. A veritable Breakfast Club of five high school teenagers join together to hide the secret that one of them killed their teacher. Dr. Stratford’s was basically evil, but Caleb didn't intend to kill him with that punch. So his classmates are forced to cover up all their roles in the crime, but as Annalise Keating's students taught us, secrets and lies can tie us up in some pretty tangled webs.

4. Learning to Swear in America by Katie Kennedy (July 5; Bloomsbury)

When the end of the world is imminent, NASA calls in Russian physics prodigy Yuri Strelnikov to help devise a plan to stop the asteroid flying toward Los Angeles, Ben Affleck in Armageddon-style. Of course, though he has a solid theory for how to save the world, the stodgy old dudes in the physics team won't listen to him because he's only 17. Sure, he knows the science behind Earth-saving, but he doesn't know the emotional reasons behind it, until he meets Dovie, a "regular" teenager just trying to live her life amid the looming catastrophe. I hope it's cool to LOL at the end of the world, because you definitely will in Katie Kennedy's novel.

Female friendship is put in the spotlight in Non Pratt's incredible U.K. transfer Remix. Kaz and Ruby are working to rebuild their fracturing BFF-hood, so they travel to a three-day summer music festival. What they don't expect is to run into both of their ex-boyfriends. So amid the dancing, music, hot celebs, and binge drinking, both girls are struggling to redefine who they are and what they want their lives to be.

Thank goodness for more ballet madness in the Tiny Pretty Things sequel Shiny Broken Pieces. June, Bette, and Gigi are in competition again, this time for only two spots in the American Ballet Company. While some women are trying to decide if everything else in their lives are worth giving up for ballet, others are on the last stretch of pursuing their lifelong dreams. There are the thrills you have been waiting for, but never at the expense with thoughtful social commentary.

7. The Killer in Me by Margot Harrison (July 12; Disney-Hyperion)

Adopted teenager Nina Barrows dreams every night through the perspective of "the boy" or "the Thief," watching his memories. What's even more worrying is that she has watched his father commit suicide, then watched as he started harming animals (hint hint) and then murdering people. Because Nina is the only person who even knows this murderous guy exists, she sets out to find and stop him before he can kill anyone else. But, Nina quickly learns that not everything is as it appears, particularly when it appears in your dreams.

If you're spending your summer at a dream internship, Little Back Dresses, Little White Lies is the book you should (or definitely should not) read. Suburban California native Harper Anderson is hired for a dream internship at popular teen mag Shift, writing about dating. The problem? She doesn't exactly have dating experience. Not that she ever would admit that, right? That's just the start of Harper's little white lies.

9. A World Without You by Beth Revis (July 19; Razorbill)

Bo is a student at the Berkshire Academy for Children with Exceptional Needs, which he believes is a school that helps teens harness their superpowers. You see, for as long as he can remember Bo has traveled through time. However, through the course of the story, it becomes clear that Bo is suffering from a mental illness, particularly as told through his sister's perspective. That's not Bo's worry. He's more concerned that he's left the love of his life, Sofia, in the past during the Salem Witch Trials and he has to travel to find her. In Phoebe's "real" world, Sofia has committed suicide. The result is a totally unique, heartbreaking story that will wrap you up in its characters and plot.

The Fobisher family has always cared for the treacherous Danek River. That is, until Wull's father is pulled into the depths of the river and returns to the shore a possessed man, putting Riverkeep duties on Wull's shoulders. The only cure for his father's condition is said to be in the belly of a deadly sea monster, but that won't stop Wull from risking everything to save his family. Along the way he encounters strange strangers, magic, and danger, seemingly around every corner.

Gemini is a love story like you've never read before. Sisters Clara and Hailey are conjoined twins. In their small community, people have mostly become used to the sight of them, but when a new boy in school captures Clara's attention, she starts to question the sheltered life she lives. Hailey is the rebellious one, but now Clara wonders about a future where she doesn't have to be conjoined to her sister, and they are allowed to pursue their very different life dreams.

Do I really have to tell you about Harry Potter and the Cursed Child? I'm going to guess Potterheads are already lined up at the bookstore to grab your copy of the hugely anticipated Potter sequel that imagines Harry, Ron, and Hermione as adults and focuses on their children, Albus and Rose (as well as Draco's son, Scorpius), as they head off to Hogwarts.