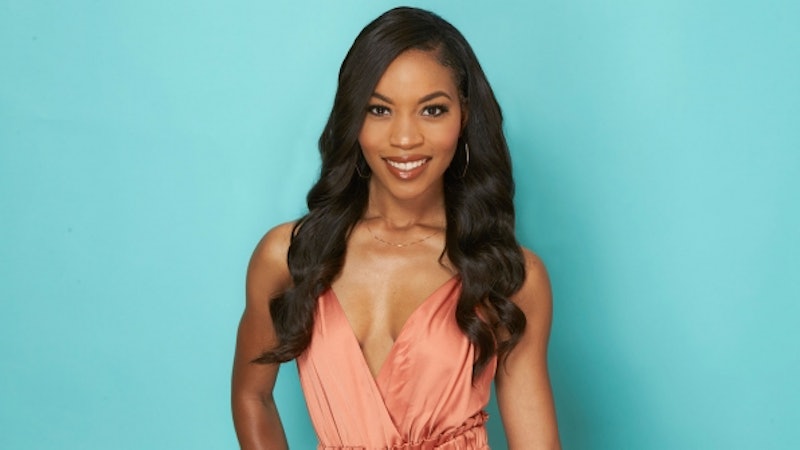 Oh glorious day! Today is the day! The Big Brother 18 cast is finally announced, and this group of gung-ho housemates is so much better than I ever thought it could be. After a long winter (and fall and spring) without my favorite show in the entire world, it is finally time to start getting ramped up for another summer in the Big Brother house. Because nothing gets me more excited for a new season than the annual announcement of who the new cast members will be.

Well, maybe the fact that two of the new housemates just happen to be siblings of former housemates who have made it far in previous seasons. If Season 17 was the season of the twins, then Season 18 is the season of the siblings, but two former contestants' siblings have signed on for a new season in the Big Brother house. We'll have to wait and see how that all shakes out — will they be targeted for their family history? !ill they be able to keep their close proximity to former Big Brother greats a secret? — but for now we can enjoy the list of new cast mates in all of their untouched glory.

So far only 12 housemates have been announced, but you better believe that I'll be back when the rest are revealed.

Bio: The brother of Season 16 runner-up, Cody Calafiore, Paul is going to be a huge threat in the house. Unless, of course, he can keep that little connection under wraps.

Bio: If you recognize that name, it's because this housemate is the Season 17's Vanessa Rousso's little sister. The jury's still out on whether or not Tiffany will be as strategic with her tears as her sister was last season.

Bio: This New York native and former police detective is sure to be a pro at investigating alliances and staying calm under pressure. All strong qualities to have in the Big Brother house.

Bio: A preschool teacher from North Carolina, keeping the housemates in line will be something Zakiyah will be a master at.

Bio: Born in Venezuela, this New Jersey girl is athletic and great at doing makeup. Look forward to her being the housemate who is always perfectly coiffed and tough as nails.

Bio: As one of the youngest housemates on the cast, this bubbly and Michigan native says she likes being underestimated. That is definitely one way to get the upper hand in the house.

Bio: Get the weights ready. This gym manager loves working out more than just about anything. So much so that he describes himself as sexy and fit in his bio.

Bio: This musician loves being outdoors, which is great and all, but I'm already taking bets on how long that facial hair lasts before it turns into a beard bun à la Austin in Season 17.

Bio: This New Jersey transplant and current makeup artist will likely keep everyone in the house looking fresh. Especially on live nights when the players always tend to bring out the fancy hair.

Bio: Don't let that smile fool you. Bronte is this season's smarty. Listed among her favorite activities is solving math problems, calculus, and statistics. To each their own.

Bio: This California native is a traveling nurse. She's always optimistic and energetic, so I'm counting on her to infuse the house with a little bit of fun.

Bio: This season's Honeycutt, Corey Brooks hails from Dallas, Texas and loves sports. Look for him to come out of night one with a big ol' target on his athletic back.

So get ready for the unexpected, Big Brother fans, because this season is going to be amazing.

More like this
'Big Brother' Is Already Looking For New Houseguests To Compete In Season 25
By Brad Witter
What’s New On Netflix: Ana De Armas’ 'Blonde' & A Nick Kroll Special
By Arya Roshanian
Everything To Know About 'RHONJ' Season 13
By Brad Witter and Jake Viswanath
Here's The Full List Of Zach's Confirmed & Potential 'Bachelor' Contestants
By Kadin Burnett and Grace Wehniainen
Get Even More From Bustle — Sign Up For The Newsletter