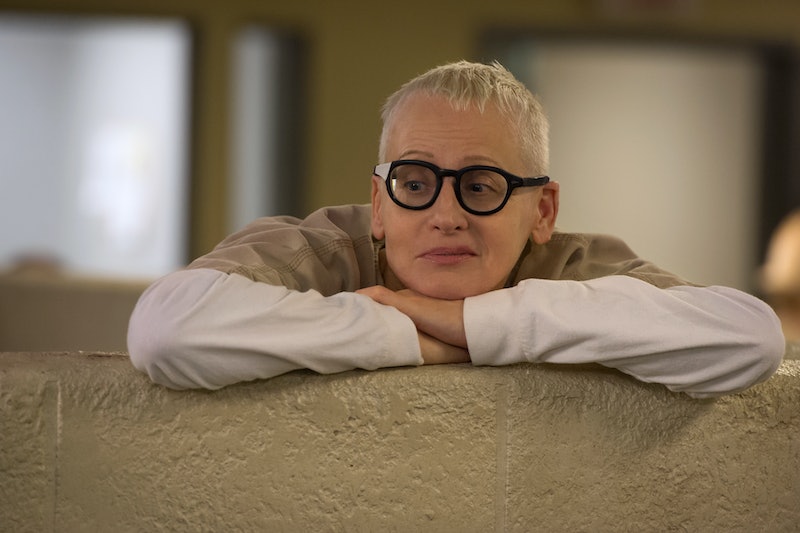 As of the Season 3 finale, we haven't discovered exactly what got Lolly arrested in the first place, but we do know a few things about her. Lolly Whitehall first appeared in the Season 2 premiere on the plane with Piper to Chicago. Someone on the plane jokes about her being a cocaine addict, but there's no proof that is either true or connected to her criminal past. One season later, Lolly was transferred to Litchfield. It was clear then and it was clear all through Season 3 that Lolly has been to max, and is generally quite familiar with the prison system. Name a poor living condition and Lolly has experienced it, unless of course she's a compulsive liar as well as paranoid and detail-oriented. Not only does Lolly think the NSA has the prison bugged, but she kept a very good schedule of Alex'a daily activities. She is also not afraid to use violence, and she thought she was being framed for treason and/or terrorism.

It would be funny, and true to this show's satiric style if Lolly were in prison for something white collar or relatively minor. However, if she really has been to maximum security before being transferred to Litchfield, it probably wasn't a small crime.

For a show that's technically "about Piper," Orange is the New Black certainly does a good job at highlighting other characters, so hopefully we learn more about Lolly in Season 4.