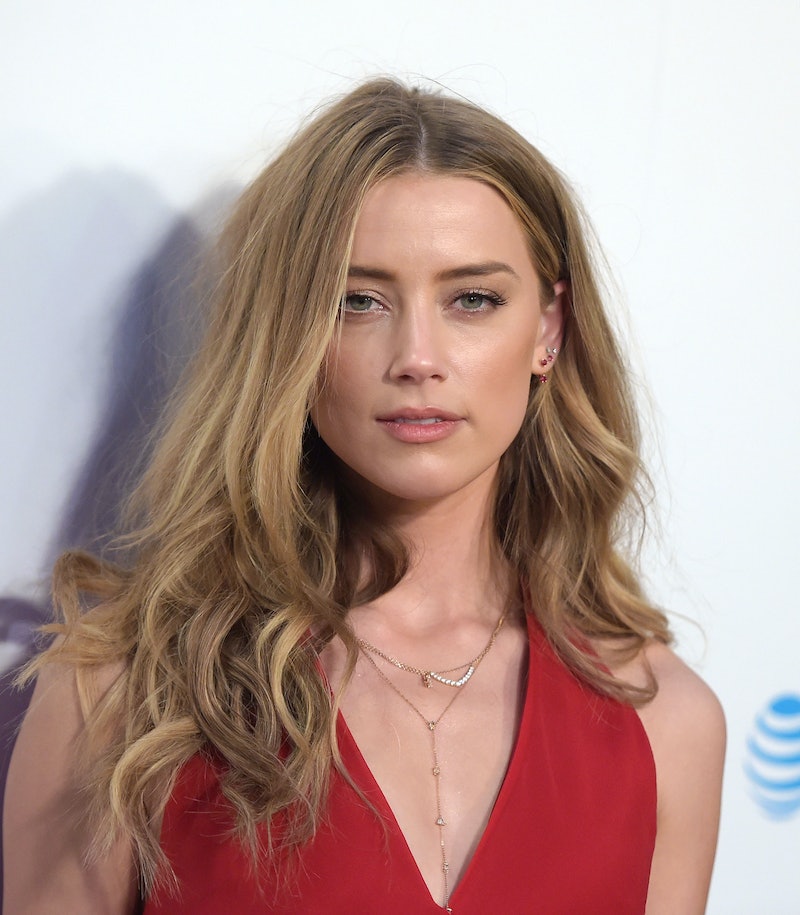 Just weeks after news broke about her split from Johnny Depp after 15 months of marriage, Amber Heard is making a major change to her filing. According to court documents obtained by People, Heard has withdrawn her request for temporary spousal support, meaning that she is no longer asking for the $50,000 she requested when she first filed for a restraining order. Although her hearing is Friday, her lawyer put in the declaration on Monday.

According to People, in the declaration, Heard says the fact that she's asking for the money is being "used against me to distract and divert the public away from the very serious real issue of domestic violence." Although Heard is definitely successful in her own right, there is a difference between her level of income and Depp's level of income, and she mentions in the filing that she was only following "standard operating procedure" for what happens in these kinds of cases. She claims that what she asked for was only five percent of what the court could have ordered Depp to provide her with in the domestic violence case against him.

Heard isn't wrong about the way her request for the money has been portrayed, either. In addition to fans making claims about her being a "gold digger," last week, Benicio Del Toro claimed Heard wanted money when he defended Depp while talking to the Daily News. Depp's lawyer claimed Heard was trying to "secure a premature financial resolution by alleging abuse" at the time of Heard's request for a restraining order, according to People.

Although Heard has withdrawn her request, she is still free to ask for support in the actual divorce hearing, since the one scheduled for Friday will only tackle the domestic violence claims and her restraining order, People reports. E! News reports that Heard is planning to testify on Friday.

In addition to his lawyer's statement about Heard's restraining order request, his rep also released a statement to The Hollywood Reporter in regards to their divorce, and rumors surrounding it, at the time that news broke:

Bustle reached out to reps for Depp and Heard following Heard's claims of domestic abuse, but did not receive a response.