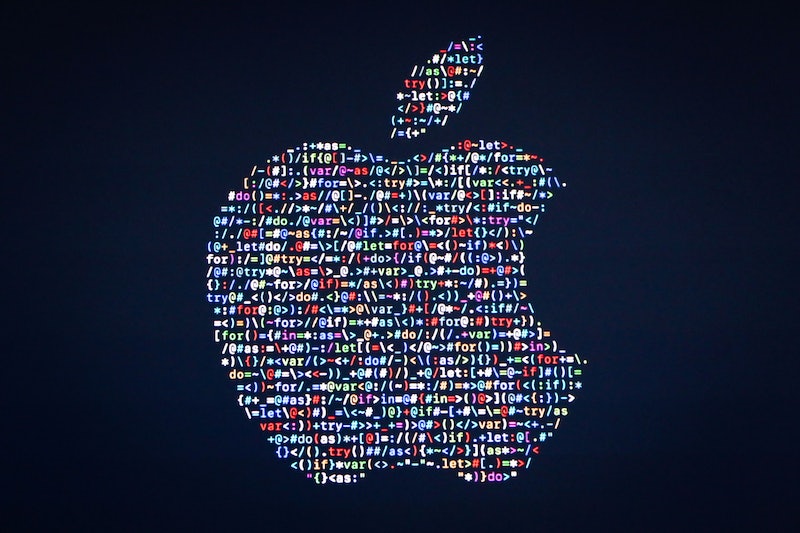 This week, Apple held its 2016 Worldwide Developer's Conference (WWDC) in San Francisco, rolling out a slew of announcements, upcoming software updates, photos of CEO Tim Cook loping around a stage, you name it. And whenever one of these events goes down, you can be reasonably assured that thousands, if not millions, of people are tuning in around the world, eager to get a hint of any new features on the horizon. And the new iOS update will seemingly not disappoint ― here are 11 new iOS 10 tricks that you'll want to get familiar with.

Make no mistake, if you're a longtime iOS user, you won't be thrown off too much by most of these. Despite being such a big round number, some of the tweaks and adjustments announced aren't as major as past overhauls have been, like the addition of Siri. But the new iOS is coming relatively soon, so it's as good a time as any to learn some of these new tips and tricks. According to Apple, while iOS 10's beta is currently available for developers, and will be opened to the general public sometime in July, it won't be officially released until sometime this fall. In other words, you've got some time to mull over these new functionalities.

1. Raise Your iPhone To Wake It

Whenever you pick up and raise your iOS 10 iPhone in front of your eyes, it'll flare to life automatically, making it that much easier to take a quick look at your notifications without having to fuss around.

As heralded as Siri was when it was first introduced back in 2011, it couldn't interface with third-party apps. But according to Apple, that last part will be seeing a major upgrade with iOS 10, opening up highly useful, popular third-party apps for Siri activation. As it stands now, apps that fall into six different categories will see the benefit ― you'll be able to use Siri with Messages, for image and video searches, with streaming chat apps, with fitness tracking apps, with ride apps like Lyft and Uber, and for payments with apps like SquareCash.

3. Lyrics In The Music App

Have you ever had the experience of sitting in a noisy karaoke bar someplace, eager to sing a certain song but not quite sure you remember all the lyrics? In all likelihood, your usual next step is to pull up your browser and do a web search. But with iOS 10, some music in your library will include lyrics automatically, and it's a good strategy for singalongs, or when you just can't shake the feeling that you misheard a line.

4. Multilingual Typing On One Keyboard

If you've ever wanted to switch between messaging in English and Spanish, well, you know what that means ― time to switch keyboards. But now, iOS 10 is primed to eliminate that nuisance, allowing for multilingual typing on just one keyboard, letting you slide in and out various languages as you please.

5. Maps Will Remember Where You Parked

If you tend to be a little forgetful about where you've parked your car, this will be a really good new function for you. As TechCrunch's Natasha Lomas noted Wednesday, Apple Maps in iOS 10 will apparently remember where you've parked, so you can follow its instructions back at the end of your dinner, movie, or some other leisurely activities out on the town.

6. Giant Emojis Are On The Way

If you're the kind of person who loves a good emoji, then you're going to extra-love the super-sized emojis you'll finally be able to use in Messages. The new iOS 10 will allow users to send and receive emojis up to three times larger than what's possible on iOS 9, taking your fun / lighthearted / occasionally passive-aggressive emoji game to dizzying new heights!

Have you ever wanted to share a video or a picture to somebody in Messages, simply through sending them a link? If you're a Twitter user, you probably know the feeling ― you lay a YouTube link or a link to a GIF into your tweet, and an image preview or video embed pops up, letting people view the content without ever leaving the app. Easy, right? Well, that type of functionality is coming to Messages in iOS 10, which will now support rich links, letting you view media without having to leave your conversation.

The Photos app will now have built-in facial recognition features, so that you can search your pictures by the people in them. Not bad, huh? This kind of technology has been widely used for years, but it's never been available on Apple's native Photos app before.

This one is a little bit more surprising than the facial recognition, and it's similarly pretty cool. iOS 10 will apparently allow you to categorize your photos by location, too! So if you've ever wanted to search for only the beach photos you've taken, for example, you'll be able to do so with relative ease.

If you're texting someone in iOS 10, you'll have a new, quick, to-the-point way to reply. There will now be six "tapback" options to choose from, removing the need to type a lengthy (or even short) response. You'll have a heart, a thumbs-up, a thumbs-down, laughter, exclamation points, and a question mark ― just enough to hopefully get your point across.

Along with the giant emojis and tapback replies, you'll also be able to use "bubble effects" to add some extra oomph to your texts. They can be sent with emphasis on being loud, or gentle, you name it.