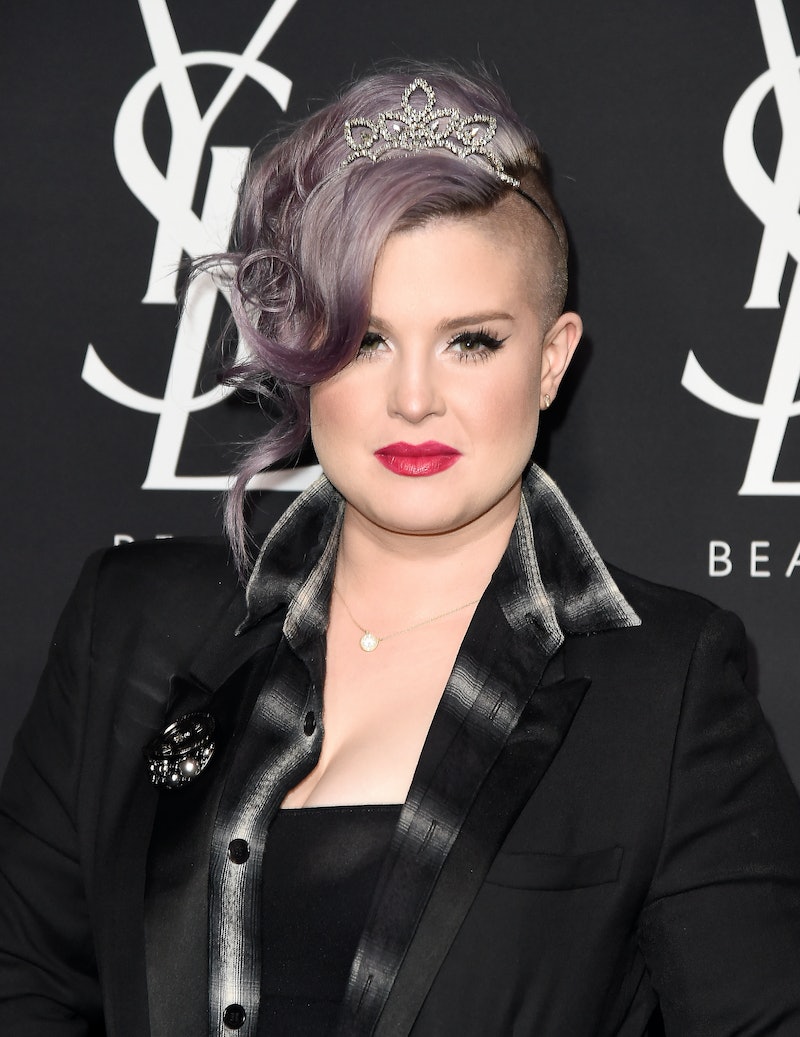 After the tragic shooting in Orlando, celebrities have been responding in many ways, showing their support via social media and more, but one of them got a very permanent tribute. What does Kelly Osbourne’s new tattoo mean? It has a very impactful meaning about the importance of standing together.

She debuted a tattoo of the word “solidarity” on the side of her head on Instagram with a very touching caption about humanity that reads, “…Every human is precious. Love hard. Live gracefully, authentically and with conviction, respect, purpose and compassion. Together we achieve what is impossible to those who stand alone...” And she’s definitely on to something with this message.

This isn’t the first time she’s gotten inked for a touching reason. She has a bumble bee tattoo in honor of her close friend, the late Joan Rivers. "Solidarity" also isn’t the only tattoo that Osbourne has on her head. On the left side, she has a tattoo of the word “Stories…” This is yet another tat with a special meaning, but Osbourne hasn’t revealed exactly what it is. See her latest tribute in the form of a tat along with some of her other very special body ink.

A tattoo of "Stories..." in the same font is on the opposite side. Because we all have a story to tell, after all.

This little bumble bee is quite an appropriate way to remember Joan Rivers, if you ask me.

She's also tatted along her arms, hands and feet.

Because this girl's no stranger to self expression in the form of body art. But, then again, with such a powerful meaning behind the inking, why would you be?