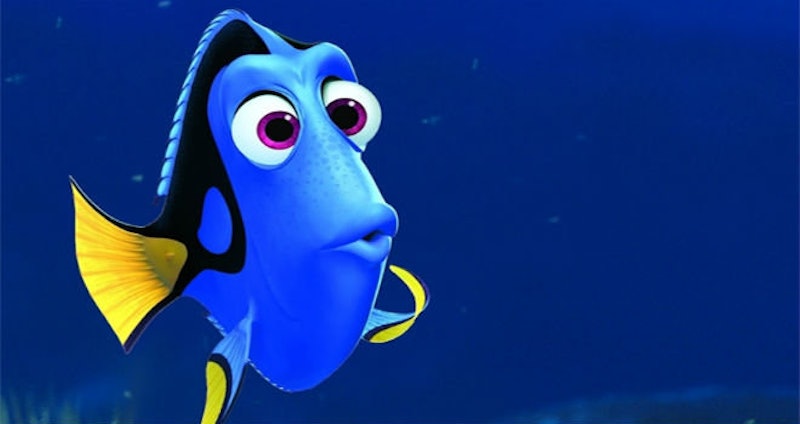 When it was first announced that there would finally be a Finding Nemo sequel, many fans, including myself, were excited but skeptical. How could any follow-up, even one made by Pixar, live up to the greatness of the original film? Yet the moment I learned what the Finding Dory plotline would be, I was sold. The idea of an entire movie focused on Dory and her search for family sounded like total perfection. That didn't mean, though, that I didn't go into Dory nervous, with a thousand questions on my mind: are my favorite Nemo characters back? Is Crush still hilarious? Does Dory find her parents in the Finding Dory ending, after being separated from them for so many years?

Thankfully, the answer to all those questions is a solid (spoiler alert) yes. Not only are so many great Nemo characters back, including a pitch-perfect Crush and an adorable Nemo, but Dory does manage to reunite with her parents at the movie's end. The reunion doesn't come without plenty of complications, however, which you'd probably expect considering that Dory suffers from major short-term memory loss. For most of the movie, Dory is not able to find her parents, and despite her best attempts, she has moments where it's clear she's losing hope that they'll ever get to be a family again. Yet by the end of the movie, Dory and her folks manage to reunite, and it's just as heartwarming a moment as you'd hope.

You see, Finding Dory begins with Dory realizing that she has a vague memory of where she's from — meaning that she might be able to find her parents, if they're still living where she grew up. So Dory sets out on a journey to find them, along the way gaining more and more memories of who her parents were and what her life with them was like. Flashbacks show just how close Dory and her mom and dad were, and it's clear that her parents must be absolutely heartbroken to have been separated from their daughter for so many years, and that Dory is just as upset about the loss.

As the movie heads towards its conclusion, Dory experiences some close calls, but no reunion; she meets fish that knew her parents and visits locations that her parents once lived, but still doesn't know where they currently are or even if they're still alive. Yet eventually, Dory gets sucked into the pipes at the Marine Life Institute and sees a path made out of shells, which she begins to follow — a smart move, considering that when she was a child, her parents would leave out shells for her to follow home as a way for her to cope without long-term memory. When Dory follows all the shells, she encounters her parents, who are, well, shell-shocked, to see their daughter, but absolutely overjoyed, and tell her that they've left paths of shells out for years in the hopes that Dory would eventually find her way home. The trio have a beautiful, emotional reunion.

The movie doesn't end there, though — the final act sees Dory reuniting with Marlin and Nemo, helping her friend Hank, and dumping a truck into the ocean (long story). But knowing that Dory has found her parents after being gone for so many years brings a huge amount of relief, and their reunion is one of the sweetest scenes in the movie.