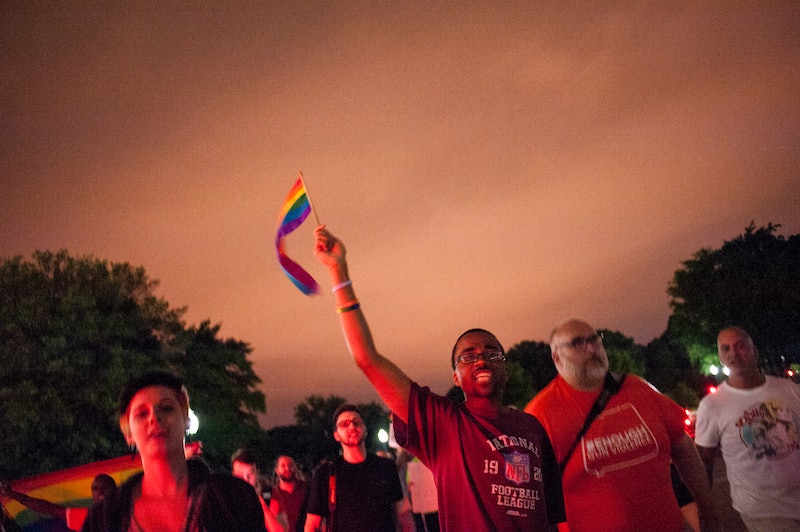 According to a tweet posted early Thursday morning after 14 hours of filibustering on the Senate floor, Connecticut Sen. Chris Murphy declared his filibuster successful. In a series of tweets, Murphy said that he had decided to hold the floor (which became its own hashtag) to get a vote on legislation for common sense gun legislation. Thanking the country for their support and their "deafening calls for action," Murphy declared that there would be a vote on closing the terror gap and universal background checks, making his more than half an entire day standing worth every second.

After fellow Connecticut Sen. Richard Blumenthal spoke, thanking Murphy for his strength and leadership, Murphy gave a final impassioned statement that could bring anyone to tears. The senator once again told the story of Dylan Christopher Jack Hockley, a victim from the Sandy Hook shooting, and how he realized that mass shootings could be prevented. In fact, he said he was embarrassed it took him so long to come around, but that he had been "furious since those days following Sandy Hook."

"It doesn't take courage to stand here on the floor of the U.S. Senate," Murphy said. "It takes courage to look into the eye of a shooter and instead of running, wrapping your arms around a 6-year-old boy and accepting death as a trade for just the tiny, little ... piece of mind of increased peace of mind of a little boy under your charge."

Hockley was found dead in the arms of his teachers, Anne Marie Murphy. As the senator was about to yield the floor, he ended by saying that it was a day of questions, and he had just one more.

If Anne Marie Murphy can do that, then ask yourself, what can you do to make sure that Orlando, or Sandy Hook, never ever happens again?

Murphy filed an amendment to the Commerce, Justice, Science, and Related Agencies Appropriations Act that would add gun control provisions including universal background checks and an end to the terror gap that allows people who were on a terrorism watch list to legally purchase a gun. The end of his filibuster doesn't necessarily mean that amendment will pass — only that the Senate will vote on it, which is a win in itself.

"I woke up this morning determined to make sure that this wasn't going to be a lost week," Murphy said. He called for a conversation on the issue of guns in America rather than just moments of silence. "What I have not understood is why we don't even attempt to find common ground on this floor, why week after week there is not a single vote or debate scheduled."

Well, Murphy's plan succeeded. Thanks to his filibuster — and the support of 40 other senators and so many Americans around the country who flooded their senators' inboxes — he'll see a vote on gun control legislation. But as he himself put it, the fight is far from over.