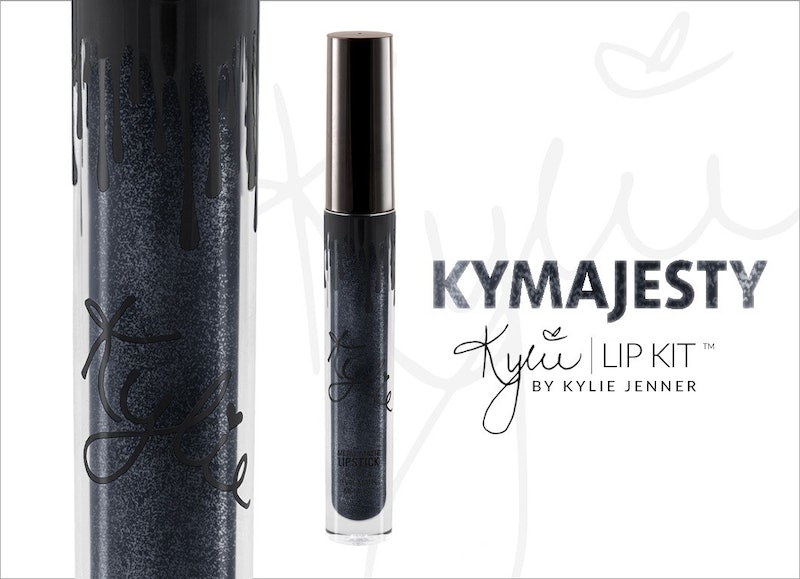 Another day, another Lip Kit launch. Kylie Jenner launched her highly anticipated metal matte Lip Kit, and if you're wondering if Kylie's Majesty Metal Matte is sold out, you are in for a total surprise. Things are getting pretty crazy over here.

Jenner launched her Majesty Lip Kit on Thursday, June 16, and when she announced the color a few weeks ago, I knew it was instantly going to sell out. I mean, all the others do, so there's that, but this color was also seriously highly anticipated and totally unique, so there was just no way it was going to last that long. But pigs must be flying or something, because it is still in stock. Take a minute to let that sink in.

So not only did Jenner launch Majesty, but she also restocked other Lip Kits, and it looks like almost everything is currently still in stock, which is nuts! At this point, the only things sold out are the bundles. So what's going on? Are the Lip Kits dropping in popularity? Totally doubtful. I think this just marks the biggest restock yet — Kylie Cosmetics is finally keeping up with their demand, so that everyone ends up happy, which is totally a good thing.

But just because it's in stock now, doesn't mean it won't sell out later, and if that happens, no worries, because there's a good chance Jenner will restock the color, as she usually does, so if you didn't get it the first time around, you'll probably get another chance at it.

But for now, go buy all the Lip Kits you can. Who knows when we'll have this chance again!