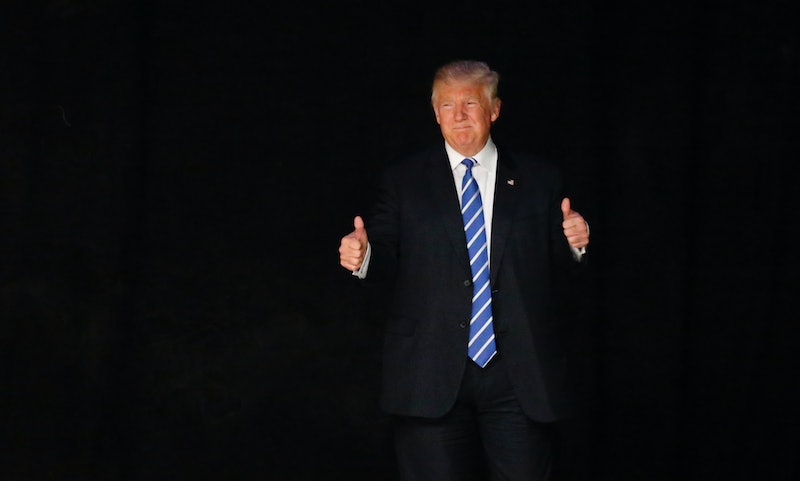 It’s been amusing to watch establishment Republicans realize with horror that Donald Trump isn’t going to be moderating, pivoting to the center, or acting more “presidential” any time soon. With the general election just five months away, Trump seems content to keep on being the same racist, egomaniacal bully he’s always been — and as these old Trump tweets from years ago demonstrate, this shouldn’t be the slightest bit surprising. It’s in his DNA.

When Trump clinched the GOP nomination in May, a lot of Republicans assumed he’d soften his tone in the general election in order to win over moderate and swing voters. This was always a delusional assumption, given absolutely everything Trump has said and done over his entire public life, but still, the GOP held out hope.

But since then, the presumptive nominee has confirmed several times over that he has no plans to pull an “Etch-A-Sketch” and act more reasonable for the general election. From his flatly racist comments about a Mexican judge to his infamous taco bowl tweet, Trump seems content to keep on doing what he’s been doing this entire campaign.

Trump’s personality quirks were on display well before he launched his presidential run. As a look back at some of his older tweets shows, he has always been a retaliatory, thin-skinned man obsessed with petty grudges, conspiracy theories and, first and foremost, himself.

This self-quote from 2012 is oddly prescient when applied to the presidential campaign he'd eventually run four years later.

There are the incorrect predictions...

Trump might want to keep these words of wisdom in mind as he's busy tearing the Republican Party to pieces.

More like this
For These Abortion Clinic Volunteers, Going TikTok Viral Is A Risk Worth Taking
By Audra Heinrichs
YouTuber Runs Into Margaret Sanger’s Grandson While Filming
By Alexis Morillo
Fans Think Beyoncé’s “Break My Soul” Is Calling For A New Great Resignation
By Sam Ramsden
American Girl Doll Memes Are Going Viral On Instagram & Tiktok
By Emma Carey
Get Even More From Bustle — Sign Up For The Newsletter