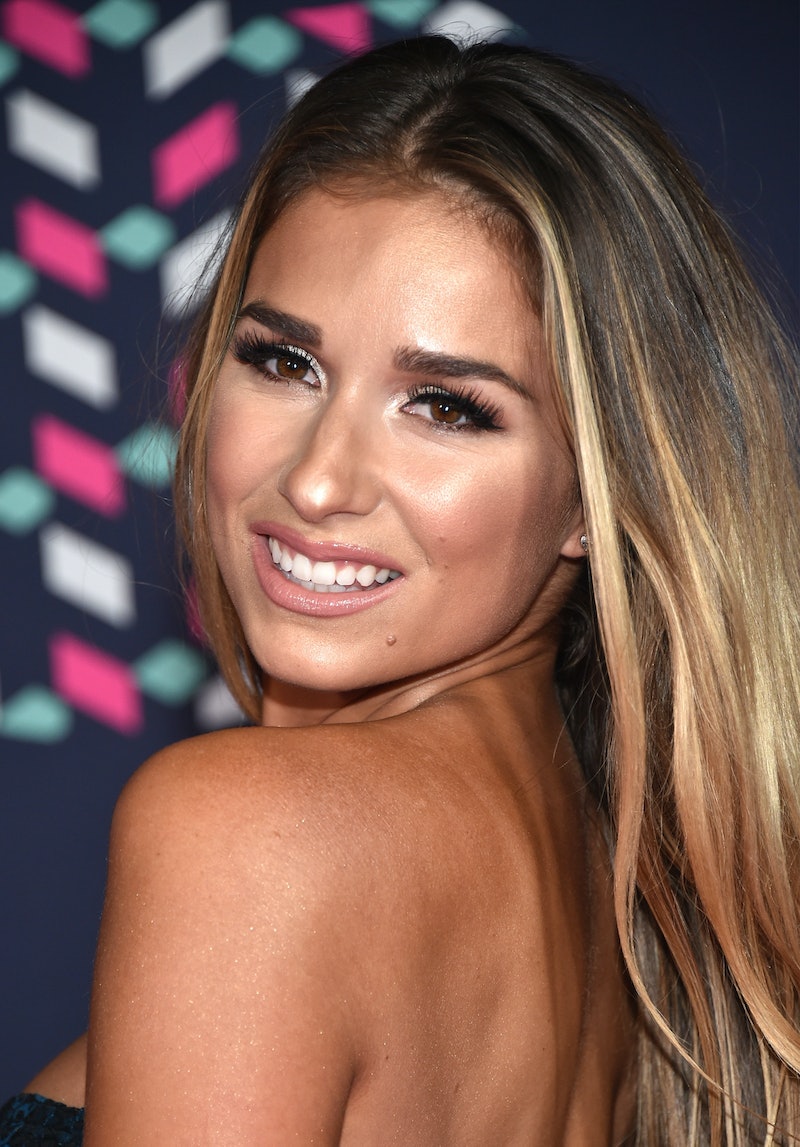 In case you missed today's major beauty news, Jessie James Decker announced a makeup collab with Alexa Persico Cosmetics. The singer, former reality TV star and my #lifegoals role model posted on Instagram teasing a collab with the cosmetics company Friday, and to say her fans were thrilled would be an understatement. Decker, who's know for her honest social media posts and adorable clothing line, Kittenish, is pretty new to the makeup world. So what's in the Jessie James Decker x Alexa Persico Cosmetics collab? We don't know yet, but I have a few pretty good predictions.

The Alexa Persico Instagram posted that this collaboration has been the making for over a year, so I have a feeling that it won't just be one or two products. Given Decker's obvious love for makeup, I bet this collab is going to be pretty in depth. I'm predicting multiple products that Decker had a serious hand in creating. After all, she's super hands on with her Kittenish clothing line as well. I imagine Decker meeting with the Alexa Persico team at her dining room table (like she's done for Kittenish) and really going over the products in depth. I mean, just look at this YouTube tutorial Decker posted a few years ago.

She clearly loves makeup and is passionate about the products she buys and uses. So what could the JJD-created products be?

The Instagram both JJD and APC posted has a lipstick tube and Decker has previously said she's coming out with a liptstick and lip liner, so I'm going to go ahead and assume that the collab will have some lip products.

If you follow Decker on social media, you know she's all about the tan (this is her favorite tanning product). And in the video above, she uses not just one but two bronzers to create her gorgeous contoured look. Considering Alexa Persico doesn't currently sell a bronzer, I bet Decker could fill that void.

Decker clearly knows what she's doing when it comes to eye makeup. How amazing do her eyes look in this pic? I absolutely love her strong brows and smoky eyes. APC sells eyeshadow palettes in sets of four now, but given Decker's love of the Urban Decay Naked palette, I think she might design a palette with more than four shades. And that would be amazing.

Decker has some seriously amazing lashes, and I'm dying to know her secrets to getting them to look so lush and full. I'd love to see her make a mascara that could make my lashes look that amazing, and because APC doesn't sell one yet, I could see it happening.

Although we'll still have to wait to hear the official announcement from JJD and APC what the collab contains, I have a feeling at least one of these items will be on the list.