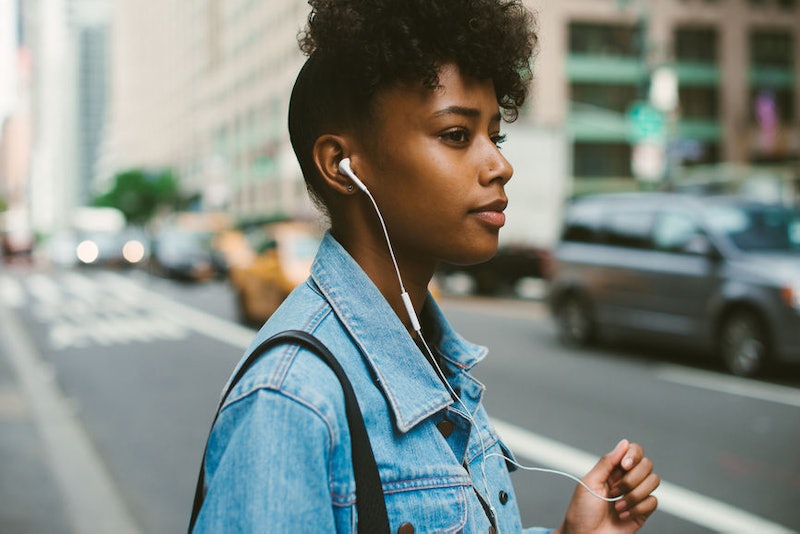 Anyone who's been on the receiving end of sexist harassment knows that it isn't about compliments or appreciation — it's about power. On Saturday, Twitter users illustrated this with the #NoWomanEver hashtag, which asked an important question: What do people hope their catcalls and unsolicited dick pics will accomplish?

Wielding impressive amounts of sarcasm to skewer the small acts of misogyny that make up everyday life for most women, the hashtag trended across the United States. Statistics have shown that virtually every woman experiences street harassment at some point in her life, regardless of factors like location, age, or income level. For many, catcalling begins in adolescence and continues for the rest of their lives; it's not uncommon for something as simple as a trip to the grocery store to feature lewd gestures, explicit comments, or worse. Harassers often defend their actions by claiming they're meant to be compliments, but even if that were true — and it's certainly not — it's not a particularly effective course of action. After all, as Twitter users demonstrated on Saturday, #NoWomanEver has fallen for the man who whistled at her from a car window, or told her to wear less makeup, or followed her on her morning commute.

The hashtag originally made light of street harassment, but as it became more popular, it touched on more serious aspects of everyday misogyny like stalking and verbal abuse.

#NoWomanEver may be hilarious, but it also illustrates an important truth about harassment: It's not about the woman being catcalled or followed. Rather, it's about the man asserting his power over women in public spaces; even in 2016, women are defined by their relation to men.

#NoWomanEver is unlikely to singlehandedly change the culture that encourages and normalizes street harassment, but it's a start. Check out some more highlights below.