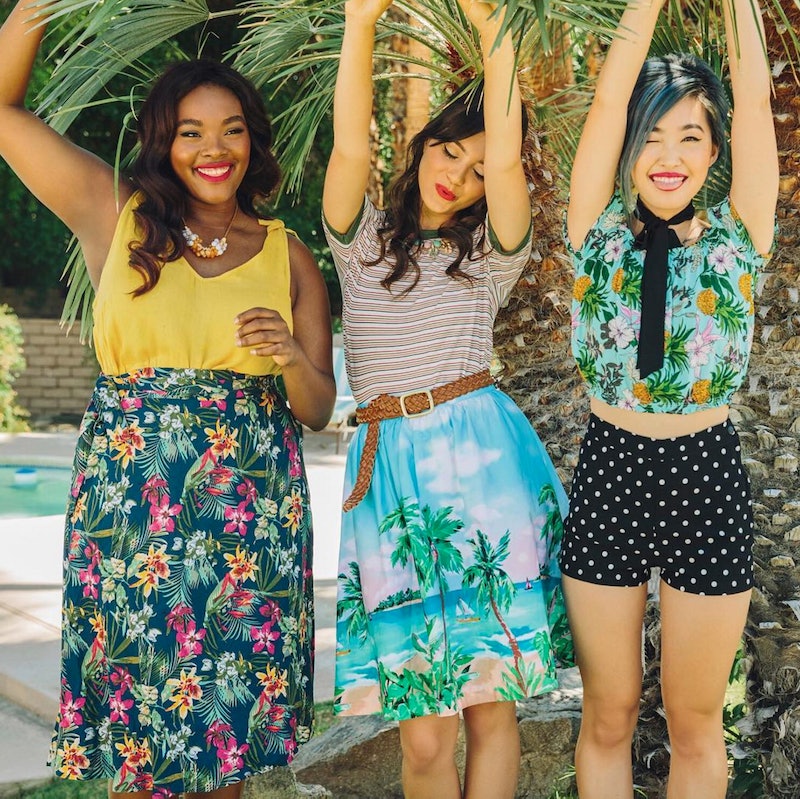 ModCloth, the online retailer known for its namesake statement pieces and diverse ad campaigns in which it often uses customers or employees as models, is taking a stand against Photoshopping — again. ModCloth's anti-Photoshopping philosophy is all about eschewing the use of Photoshop on people's bodies, but it doesn't end there. As reported by Washingtonian, the brand wants to stop unethical retouching (or at least reduce it) altogether. On June 16, Susan Gregg Koger, the Co-Founder of ModCloth, went to Washington D.C. with Rep. Ileana Ros-Lehtinen, Rep. Lois Capps, and Rep. Theodore E. Deutch to help raise awareness for the Truth In Advertising Act, a bill designed to regulate the use of material image-altering (aka unethical use of Photoshop) in advertising.

While it's no surprise that ModCloth is anti-Photoshopping, the brand was actually the first to sign the Truth In Advertising pledge in 2014, promising to never alter the individuals in its photos in any way. That’s right: No trimming of the waistline or elongating of the legs. Instead, ModCloth shares beautiful pictures of women looking like, well, themselves. Which is exactly what ModCloth aims to do all over its website. The company's motto reads, “We’re committed to inspiring personal style and helping our community and customers feel like the best version of themselves."

Koger spoke on behalf of the act in Capitol Hill, saying, “Portraying women in an honest and realistic way is essential to fulfilling our brand purpose of empowering women to be the best version of themselves," as reported in ModCloth's press release for the Capitol Hill visit. "It demonstrates to young women that measurements are a fact, not a judgement. We want to lend our voice and the support of the ModCloth community to this movement to stop the extreme and harmful Photoshopping of women in advertisements.”

To get the public involved in the fight against extreme Photoshopping, ModCloth has teamed up with I Am That Girl and The Representation Project for a letter-writing campaign in which supporters of the Truth In Advertising Act can write a letter to their member of congress asking them to support the bill.

Don’t worry: Stationary is not necessary. The trio has created an easy online site through which you can submit a letter to your regional rep. The site also shows a handy dandy tally of how many letters have been written; the current tally is 2,847 letters out of the necessary 10,000 needed to further the bill. Considering that Koger only just spoke on behalf of the act mere days ago, that's pretty darn good.

If you want to help put an end to extreme Photoshopping, all you have to do is send a letter.

More like this
How To Fight For Reproductive Rights, Based On How Much Time You Have
By Courtney Young
Who Are The 6 Illuminati Heroes in 'Doctor Strange 2'?
By Grace Wehniainen
Here’s Your Daily Horoscope For May 17, 2022
By Mecca Woods
25 Manifestation Quotes From Lady Gaga, Oprah, & More
By Megan McCarty
Get Even More From Bustle — Sign Up For The Newsletter