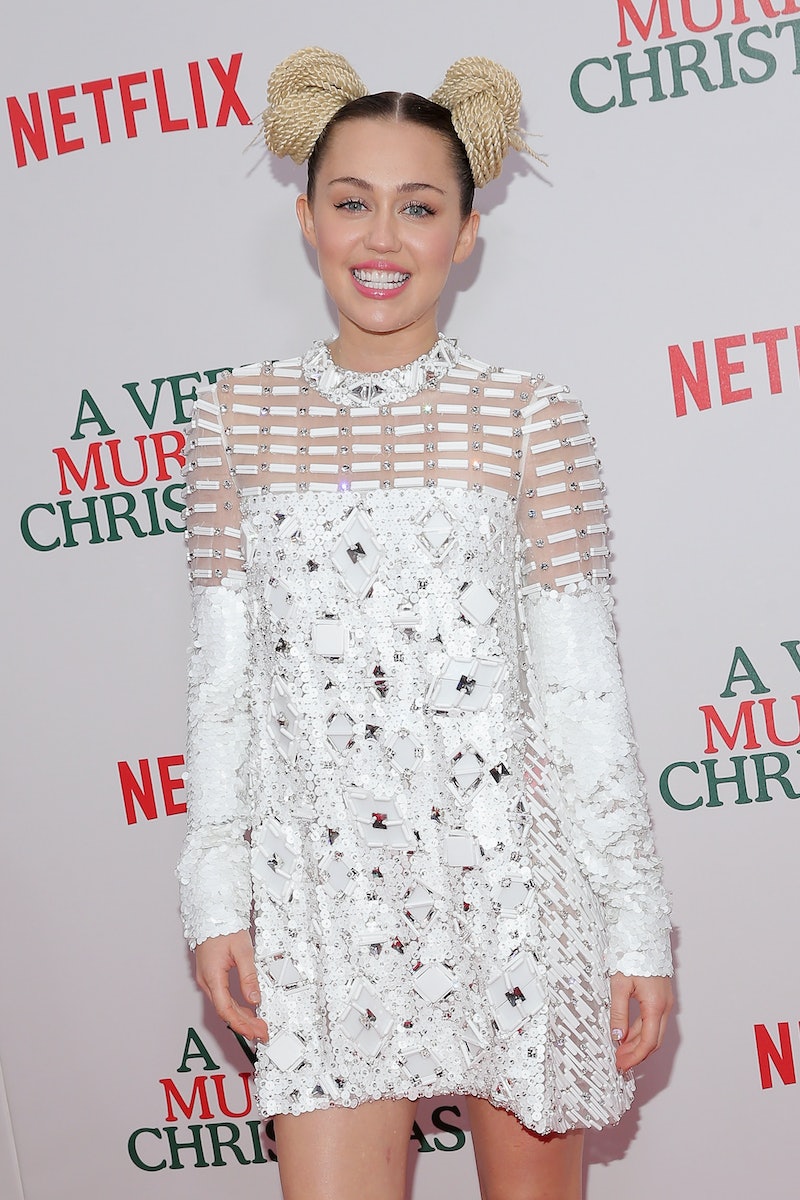 For a while now, Miley Cyrus has been teasing us with glimpses of her engagement ring. But the world has yet to confirm whether Miley Cyrus and Liam Hemsworth are back together. While reports have been surfacing all year suggesting as much, a lack of public appearances has many people more than a bit skeptical. However, Miley Cryus’ new Hemsworth shirt might just make me believe that the two are, in fact, back on.

Earlier on June 19, Cyrus seemingly broke the silence on she and Hemsworth’s possible rekindled romance by posting a photo to her Instagram. She was sporting a black and white T-shirt reading “Hemsworth” on the back. Although there is still no confirmation from the couple that they are undoubtedly an item, I like to think that Cyrus’ caption of three heart-eye cat emojis is her way of telling us that they are romantically reunited.

A further hint as to whether the couple is back on or not came directly from Hemsworth himself. In his June/July Australian GQ exposé, the actor discussed his previous split with Cyrus, saying it was "actually a good decision at the time [...] we were both going in different directions and it's just what needed to happen. We were both super young... we both needed that." When asked if the two were back together, he responded, "People will figure it out, they already have... They're not dumb."

With a recent paparazzi photo, a few quotes from Hemsworth, and now an Insta post, I think it's only a matter of time until the two officially confirm their coupledom. Although Cyrus' extact tee is yet to be spotted in the e-retail-verse, I've compiled similar Hemsworth-esque tees so you can celebrate with the happy couple. Scroll down to see the best merch below.

While it might not be true, sometimes it's fun to play pretend.

Make like Gigi Hadid and mix up your little white tee with this fun "lol ur not" tee.

3. In A Relationship Tee

In a Relationship T-Shirt, $19.97, jokertshirt.com

Cyrus and Hemsworth have yet to confirm their relationship, but maybe she will offer further proof while rocking this fun shirt.

Cyrus is most definitely #Hemsworthy in her latest Insta photo, but are you?

Make light of Cyrus and Hemsworth's previous split with this fun graphic tee.

6. In Your Dreams Tee

Major Liam Hemsworth crush? This shirt's for you.

You can make your very own "Team Hemsworth" tee on Etsy.

Here's hoping that the duo is going steady... again.