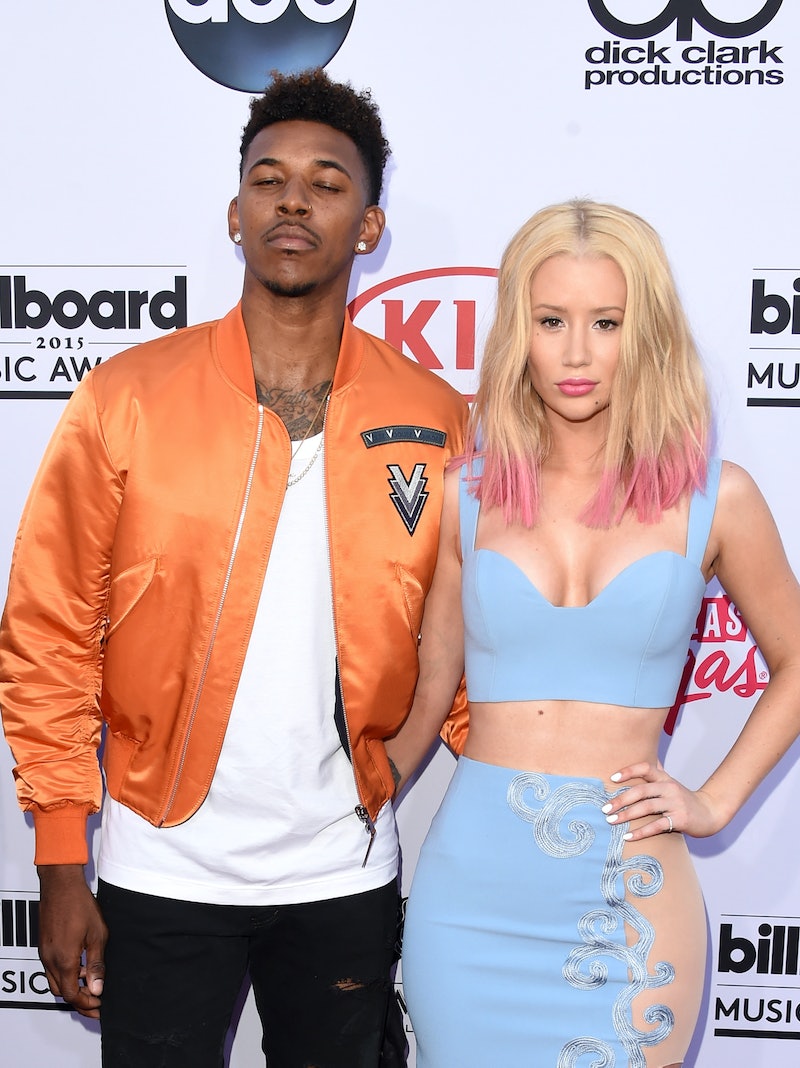 If you were looking forward to seeing a certain rapper walk down the aisle later this year, this news is going to be a bummer for you. After a year of engagement, Iggy Azalea and Nick Young have broken up. So what was the cause of their split? On Sunday night, the "Fancy" singer took to Instagram to explain her decision, and it's all because of something that happened in their relationship earlier this year.

Back in March, Young's Lakers teammate, D'Angelo Russell, leaked a video of Young claiming he'd cheated on Azalea hit YouTube, and everything he said was pretty incriminating — especially when he admitted he hadn't hooked up with Amber Rose because "she knows my girl." At the time, Young made the following statement while talking to reporters during a session with the press:

Now I don’t want to get into my personal life right now... I think it’s best, me and D’Angelo have to handle the situation we have in a private matter, outside the media. I think it’s something we really do need to sit down and talk about. That’s about it. What happened is what happened, you got to work on it.

It didn't take long before the vid exploded on social media, and Azalea couldn't avoid responding to it after it spread like wildfire. At the time, it seemed like they were trying to work past it (although she threatened to cut off his "meat" if he made another mistake). Obviously, it was a difficult situation for any couple to overcome, especially for one who has to move on in the public eye. But in the end, it seems like Azalea just wasn't able to put Young's indiscretions behind her.

It's definitely sad that they've decided to end their relationship, but it sounds like Azalea's doing what's best for her. Just as the rapper said herself when Young's the video first broke, "nothing is black and white in life," and infidelity doesn't always have to mean a breakup is imminent. But if she ultimately realized she was unhappy after trying to make it work with her former fiancé, then good for her for deciding to move on.

Young also shared his own statement about the breakup... albeit a much shorter one than Azalea's:

Their relationship may be over, but from her Instagram post, it seems like Azalea's feeling optimistic about the future. And after the other photos she shared celebrating her birthday with some of her closest friends, it seems like she has a pretty solid support system behind her, too. She's got this!