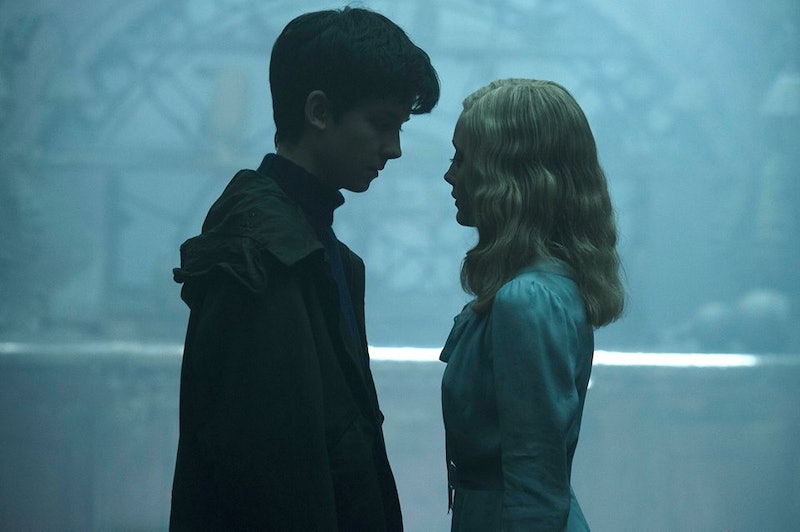 It’s easy to get distracted while watching the new Miss Peregrine’s Home for Peculiar Children trailer. What with all of the amazing visual effects and stunning scene work in this latest Tim Burton masterpiece, it’s easy to sit there slack-jawed and marvel at all of the amazing feats that this film accomplishes. With an entire cast of children whose differences include being as light as air and having a mouth in the back of their neck, the trailer is three minutes of cinematic amazingness. But, still, there is one thing you missed from the Miss Peregrine’s Home for Peculiar Children trailer, and it was likely because of those dazzling special effects.

While all of those adorable children were running around being invisible and floating around in the air, the truly important thing to pay attention to is what — at its heart — the movie is really about. Even though this film (and the novel it is based on) is clearly about peculiar traits and the time loop it takes to keep the children at Miss Peregrine’s safe from the world around them — the loop that they come up with allows them the children to stay there forever, in a world where they are completely accepted — it’s also about something else entirely. It's about accepting and embracing our differences.

Even the text that runs across the screen at the end of the trailer supports this message, declaring that, with this movie, it is time to escape the ordinary and embrace the peculiar. In the case of Miss Peregrine’s Home for Peculiar Children, being peculiar is a good thing. As the children squabble in the courtyard and sit down to fancy meals, the message is clear: Being peculiar or different doesn’t make you weird. It makes you extraordinary. And that is nothing at all to be ashamed of.

In fact, this movie turns the idea of being different on its head by suggesting that these differences are things that people would want. Instead of these children being labeled “different” or “weird,” their peculiarities are really their powers. Powers that Barron, played by Samuel L. Jackson, has been trying to harvest from them for quite a while.

Clearly there is more than meets the eye in this Tim Burton masterpiece. With an amazingly powerful message that embraces and celebrates a group of children’s differences, this is one movie that we can all get behind.