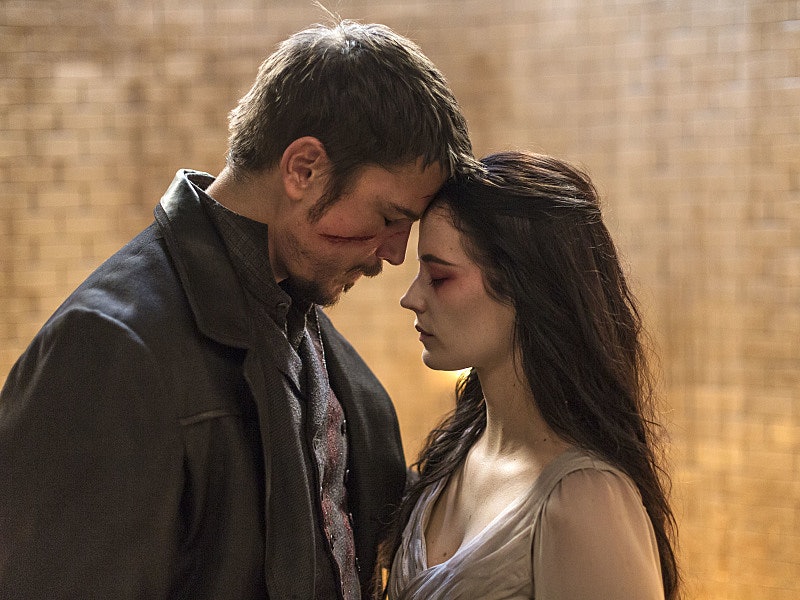 Viewers tuning in to last Sunday's Penny Dreadful Season 3 finale had no inkling that they were also tuning into the gothic melodrama's series finale. And yet, when the two-hour event ended with the death of protagonist Vanessa Ives and the actual words "The End," a creeping suspicion began to set in. Sure enough, both creator John Logan and star Eva Green confirmed Monday that Showtime's Grand Guignol had officially come to an end: Penny Dreadful has been cancelled after three years. But Emmy voters shouldn't let the shock of the show's sudden demise stop them from casting ballots in its favor this awards season.

Although no official announcement of renewal had been issued by Showtime, there were plenty of ongoing plot threads that could conceivably have been continued in a fourth season: Ferdinand Lyle and his Mummy-teasing trip to Egypt; Dr. Jekyll and his still-incomplete transformation into Mr. Hyde; the eleventh-hour introduction of promising new character Catriona; the fact that Ethan never discovered his friend Victor was the one who murdered his former lover Brona; the list goes on. Sure, Vanessa may have had to sacrifice herself in the Season 3 finale to end Dracula's reign of terror, but there were plenty of conceivable ways either for the show to continue without her… or to resurrect her, given the show's supernatural bent.

This, together with the fact that the final season was never advertised by Showtime as such, flies in the face of what Logan told TVLine in an interview about his show's fate, in which he claimed to have been planning Penny Dreadful 's ending since "midway through Season 2." But whatever the truth is — whether the plug was pulled by the network or the ending was planned by Logan himself — it's hard to say goodbye to a show as gorgeous and twisted as this. That's why Emmy voters would be remiss to let this final chance to honor the show and its cast pass them by. (Although Green was nominated for a Golden Globe earlier this year, the show has only been recognized by the Emmys for its Main Title Theme Music, its Dramatic Score, and its Makeup.)

For three years, Penny Dreadful has had some of the most poetic dialogue, the most sumptuous visuals, the most pulpy mythology, and the most impeccable acting of any series on television. Although the men playing familiar literary figures were uniformly terrific — Josh Hartnett as the Wolfman, Harry Treadaway as Victor Frankenstein, Rory Kinnear as his Creature, Reeve Carney as Dorian Gray, Christian Camargo as Dracula — it was the women playing Logan's more original creations who really ruled the roost: Patti LuPone as a gender-bended Dr. Seward, Perdita Weeks as vampire hunter Catriona Hartdegan, Helen McCrory as the witchy Evelyn Poole, and especially Billie Piper as resurrected prostitute Brona Croft/Lily and Eva Green as our haunted protagonist Vanessa Ives.

It was clear from the series' second episode, "Séance," that Green's portrayal of Vanessa was going to be something special. Her performance in the episode's centerpiece scene was the epitome of fearless, a 100-percent vanity-free descent into madness that both thrilled the mind and chilled the spine simultaneously. You would have been easily forgiven for thinking that Green had actually been possessed. Each season featured an hour that was crafted specifically as a showcase for Green's prodigious talent — including Season 2's Cut-Wife backstory "The Nightcomers" and Season 3's asylum flashback "A Blade Of Grass" — and she hit it out of the park every time.

But no one could have guessed that Piper would have eventually emerged as Green's biggest threat for the title of MVP. Almost an afterthought in Season 1, Brona Croft didn't come into her own until she was smothered to death and reanimated as Lily Frankenstein. Her rage-fueled speech to the Creature was one of the highlights of Season 2 — a moment not to be matched until the Season 3 finale, when Lily opened up about the tragic death of her daughter many years before. "There are some wounds that can never heal," she told Victor as she pleaded with him not to erase the memories of her dead child. "There are scars that make us who we are, but without them we don’t exist. Love is too small a word for what I felt for my little girl. Holding her was like feeling the sun from both sides … Please don’t take her from me."

But Penny Dreadful never went in for easy victories with these women. Even at their most powerful, they remained complex anti-heroes, not mere two-dimensional illustrations of "girl power." When Vanessa finally embraced the darkness after three seasons of struggling against it, she did it from a place of empowerment. "Do you accept me?" Dracula asked Vanessa after promising he would serve her, and not the other way around. "I accept myself," she replied, the character's most self-assured moment in the entire series — which had the regrettable side effect of kickstarting the End of Days. When Lily finally freed herself from the shackles of the patriarchy and assembled an army of similarly liberated women, she didn't become a pacifist role model — but rather a Jack The Ripper-esque serial killer.

Fans of Penny Dreadful could take some small solace from the show's cancellation if Emmy voters finally deigned to acknowledge the terrific work done by Green and Piper over the past three years. Before Penny Dreadful passes into the realm of forgotten series, the Television Academy has one final chance to cement the show's feminist legacy by nominating its award-worthy leading ladies. The alternative would be too… dreadful… to imagine.