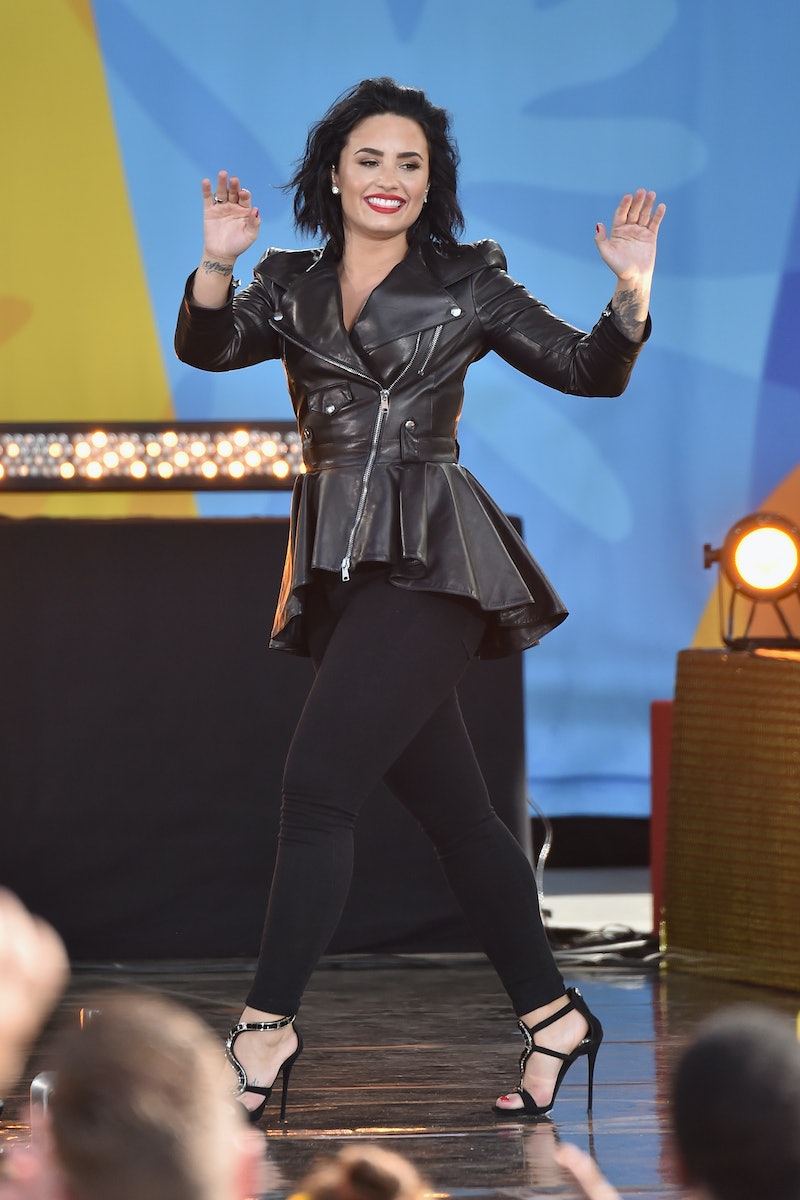 While I have been tempted from time to time to quit social media myself, I have never actually followed through with it. My threats to unplug are always empty, for I am a weak, internet-dependent person. Seriously, I deactivated Facebook for one solitary day and I spent most of that day twitching. But, while I might have little to no social media self control, that's not the case for one especially annoyed celebrity. As it turns out, Demi Lovato is quitting Twitter and Instagram and given the nature of her announcement, it sort of seems like she means it. *Gulps*

I know, I know. Celebrities always say they're quitting social media and then they're back in no time. Honestly, I hope that's the case here. I enjoy the singer's photos and musings, even though I may not always agree with her. In fact, it's the whole disagreeing with her thing — specifically, the way that it's been done by some followers and tweeters — that has her deleting the popular apps from her phone. It appears that because of backlash and criticism over her words, Lovato has been disenchanted by social media (save for the comment-less Snapchat) and her elaboration on why that is, is just kind of... disheartening.

Lovato posted a series of tweets, in which she wrote,

Damn I gotta quit sayin' sh*t. Bye Twitter. And Insta. I like Snapchat cause I don't have to see what some of y'all say. Follow me if you want: theddlovato. But why do people actually give a f*ck what I say?? Like if you don't care gtfo haha. That one time I started my own charity providing mental health care for people who can't afford it and this is what y'all talk about. And people wonder what's wrong with the world. Pay more attention to good than bad.

While her tweets seem to be somewhat in-the-moment, she does have a very real, staying point. The internet as a whole lives to dwell on the negative rather than the positive. And, more specifically, I agree with Lovato that the good she's done has most certainly outweighed the bad. It makes me sad that she's thinks she's perceived as the big bad Twitter wolf. We all have flaws. To feel that she has to limit herself to Snapchat just to not be antagonized is unsettling.

That said, while it's clear that on some level that Lovato was hurt by those who dissented from her opinions, I don't think it's a bad thing to engage in a friendly, respectful discourse. If you put forth a public opinion, you're opening yourself up to the opinions of others, that's just how it goes. After all, that's often times how we learn from one another. I think the issue here is that the star is tired of the vitriolic comments. The ones that don't afford anyone a learning experience or the opportunity to see anyone else's side because of the insults delivered.

It's never a fun thing to be on the receiving end of hate or scrutiny and being a celebrity does not bar you from having real, human feelings. I hope that if Lovato does decide to come back to Twitter and Instagram, she returns to more welcoming and understanding places. In the meantime, though, perhaps abstaining from social media will give her clarity and a bit of peace.