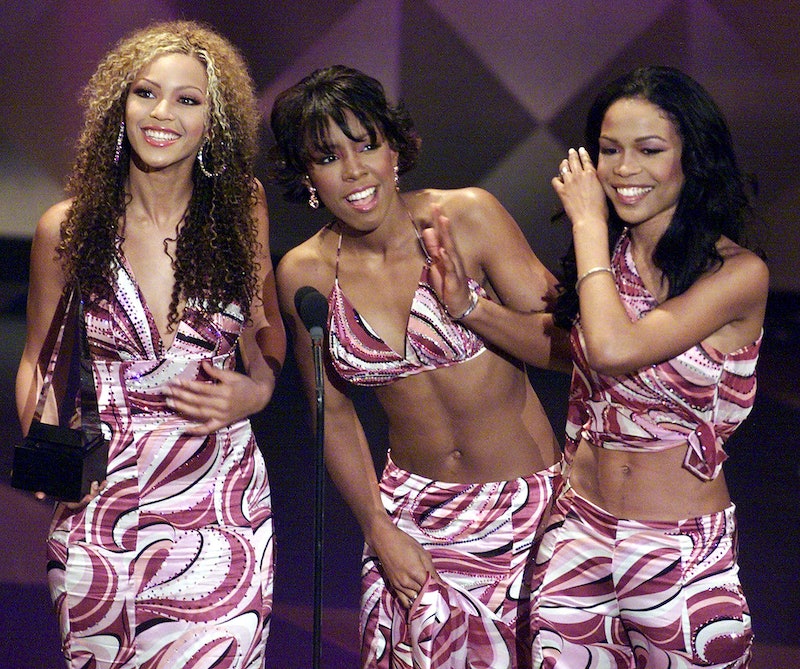 If you don't think that crop tops can be worn in winter, I urge you to fight me. If you don't think plus size people can wear crop tops, you can double fight me. The truth is, the crop top trend has been around since before I was born, before you were probably born, and likely before our moms were born. But in the early 2000s, crop tops or bralette-like tops were the one thing almost everybody had in their closets. Britney Spears wore one pretty constantly with the lowest of waistbands; and while we begged our parents for the same outfit, they would usually meet us halfway by refusing the low-waist red leather pants, but taking us shopping for our very first midriff-baring tee.

This look was probably so universal because of the iconic celebrities who rocked it both on stage and off, making it so that no matter where you lived in the world — no matter what temperature it was, or even how strict your parents were — you owned a crop top during the early millennium. (And probably in the later '00s, too. Probably even now.)

The crop top is a powerful look that I doubt will be leaving us anytime soon. Unlike most trends, it has never really left the realm of style since its popularity in the '70s. But that said, there's no doubt that the crop top was especially popular in the early '00s.

Styling out the crop top in winter took skill, a penchant for being cold in the name of fashion, and plenty of arguments with your mom. Personally, I adore layering crop tops with longer garments now. But in the early '00s, it just wasn't the done thing.

Your crop top may have essentially been a bra in this period; particularly if you were an older Millennial and could get away with it. But for most of us, our crops weren't quite the same as the stars we were copying them from.

High necklines were more typical of street-wear than the red carpet, but as long as you were showing your midriff — and as much of it as possible — then your crop top still counted. I promise.

If I'm being honest, I'm happy with how the crop top has evolved. Showing everything from the top of your pubes to just under your bust may have been in vogue then, but the thin strip of stomach we show between our high-waisted pants and long-line bras is way chicer, IMO. Then again, the early '00s were never known for being chic, were they?