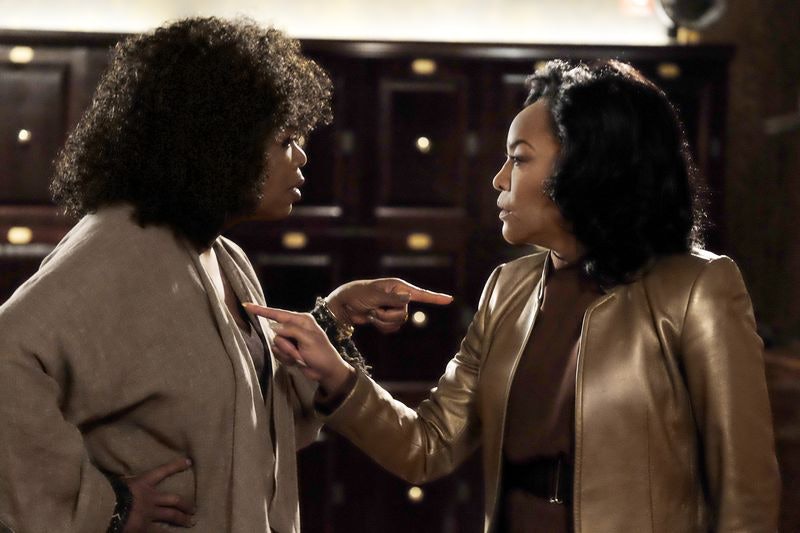 Is there anything Oprah can’t do? She produces, she acts, she interviews, she curates, and she has her own television network. It’s on that television network that she is bringing us Oprah disciples what is sure to be the best new soapy drama on cable — Greenleaf. The show follows Grace Greenleaf, played by Merle Dandridge, as she comes home after 20 years to attend her sister’s funeral. Her sister died under mysterious circumstances — she drowned in the lake on the estate — and no one in the family is talking, so, Grace is going to get to the bottom of it. But, is Greenleaf based on a true story?

Grace is a former minister, and her family owns a prominent (and fictional) mega church called Greenleaf World Ministries. Her dad, Bishop James Greenleaf, is in charge, but things, as usual, aren’t what they seem. There are, with any good television drama, infidelities, stories of lost faith, power-hungry family members, drug use, a Lady Macbeth-esque wife, and, of course, Oprah in one of the starring roles. But don’t think that Oprah is tarring and feathering the Christian church. She told People, "I do everything from the point of view of intention, and the intention in all of my work is to raise consciousness and lift people up. I am not gonna do anything that is derogatory toward the church because I am of the church." Oprah also said to the outlet, "Do you not think people in the church are flawed? That's why they're going."

While the story of this mega church doesn’t seem to be pulled from any of the headlines, there have been quite a few mega church scandals over the years. Although, to be clear, no one involved with Greenleaf has claimed to have been inspired by any of these stories.

As reported by the Los Angeles Times, Pastor Swaggart was accused of allegedly being with a New Orleans prostitute in 1988. According to the Times, "Swaggart admitted to an unspecified sin. But he refused to bow to church discipline and resumed his ministry."

According to CNN, Haggard was the head of the National Association of Evangelicals until 2006, until a gay sex scandal occured. The CNN article reported that Haggard acknowledged that he had "received a massage from a Denver, Colorado man" — the same man who claimed the preacher allegedly paid him for sex for more than three years. The man also claimed that Haggard allegedly bought meth — Haggard corroborated this, according to CNN, but said he threw it away. The article stated that the church's investigative board decided he was guilty of "sexually immoral conduct" and Haggard left the NEA. In 2010, he started his own church called Saint James, according to CNN.

As reported by The Washington Post, Tchividjian stepped down as the leader of a South Florida mega church after admitting to an affair. In 2016, according to Christianity Today, Tchividijian admitted to a second affair.

Atlanta mega church pastor Dollar was accused in 2012 of beating his then-15-year-old daughter. According to CNN, Dollar’s daughter claimed that her father choked and punched her. CNN reported that Dollar denied the allegations. "The truth is, she was not choked. She was not punched," Dollar said, according to CNN. "I want the church family to know that all is well in the Dollar household." According to the Huffington Post, charges were dropped after Dollar completed an anger management class in 2013.

As for Greenleaf, that story remains purely fictional.