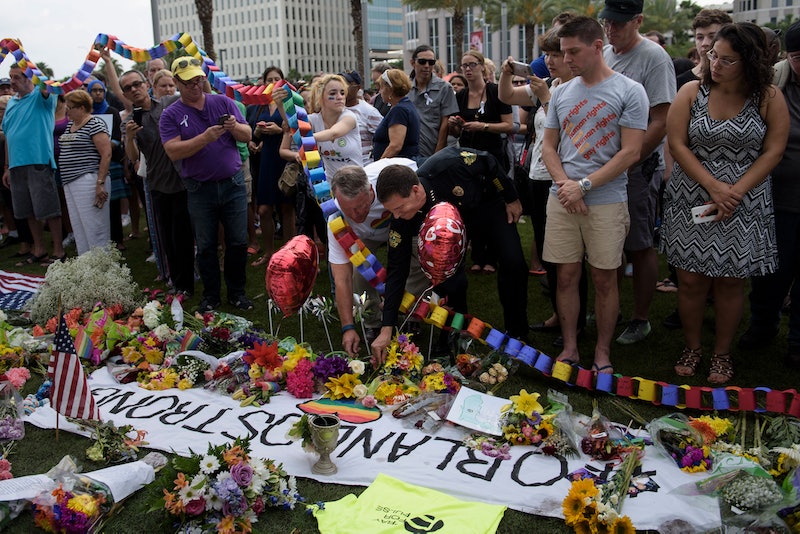 The country was struck with tragedy when a man opened fire at Pulse nightclub in Orlando, Florida, on Sunday, June 12. Just a little over a week later, this sad Orlando shooting tweet sent a final powerful message in a simple way.

On Tuesday, June 21, the Orlando Police Department wrapped up their investigations at Pulse, the scene of the crime. They had been actively investigating since the shooting happened early that Sunday morning, and all roads and pathways in front of the nightclub had been blocked off. Orlando Police announced on Twitter that the roads would be reopened for traffic today.

Photos of the Orlando vigil showed just how many people were affected in the Orlando area alone; people all over the U.S. reached out to help the victims of the Orlando shooting in whatever way they could. In the days since this horrific mass shooting, details and updates have emerged about the shooter and his potential motives. Most recently, the official 911 call transcript was released, but many have decided not to read it as to not give more unnecessary attention to the shooter himself.

On the ninth and final day of the Pulse nightclub investigation, Orlando Police shared this touching final tweet about the shooting that sent a powerful message:

In a truly trying time for the entire country, but especially for Florida, the Orlando Police Department stepped up to serve their community in the wake of this tragic shooting. The photo they shared captured the barren scene that remains at Pulse nightclub. The once-populated area now stands alone, and it's safe to say no one will be able to walk past the nightclub without being reminded of the worst mass shooting in U.S. history.

In addition to sharing this final tweet about their Orlando shooting investigation, Orlando Police shared and received many encouraging messages with people from the community.

This might be the end of the Orlando Police Department's investigation at Pulse nightclub, but this memory will live on in many of us for the rest of our lives. The Orlando Police tweet said it best: "What's left is profound sadness."