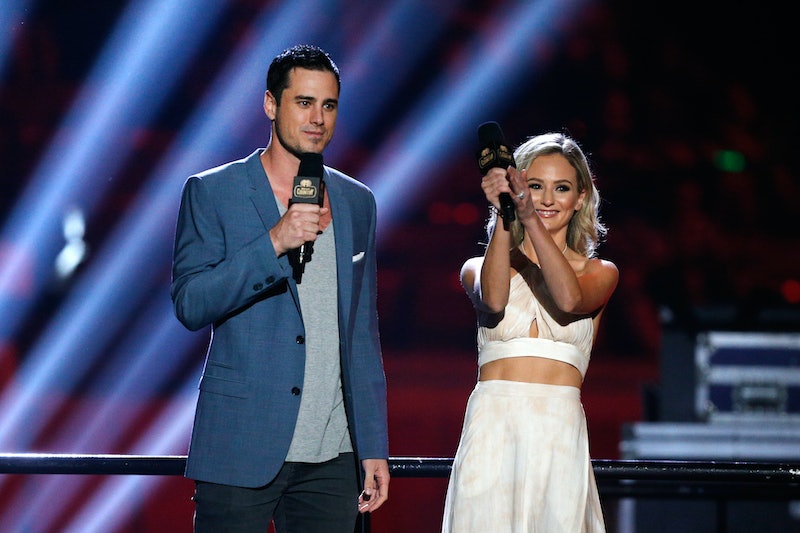 The sad part about watching The Bachelor is that you get so invested in this love story that has nothing to do with you and then the happy couple leaves reality TV to live their normal lives. But now, that's about to change and I'm not just talking about a TV wedding. The most recent Bachelor, Ben Higgins, and his fiancée, Lauren Bushnell, are getting their own reality show on Freeform called Ben and Lauren: Happily Ever After. Just when the Ben and Lauren withdrawal really started to kick in for Bachelor Nation, this announcement happens right on time. So, when does Ben and Lauren's new show premiere?

Thankfully we don't have to wait too long to see the perfect couple back on television. According to E!, Ben and Lauren: Happily Ever After is set to premiere in October. I'm not really sure what to expect from the show since these two are far from dramatic, but was is exciting is that the show is about more than the couple planning their upcoming wedding (but that will obviously still be a major part of it).

The amazing thing is that there are supposed to be guest appearances from The Bachelor and The Bachelorette alumni who will be around to hang out and give advice to the couple. I'm assuming this means that we will get to see the alums who are actually in successful relationships and have no reason to appear on Bachelor in Paradise.

Is it October yet? It's been way too long since we've seen Ben and Lauren on television.