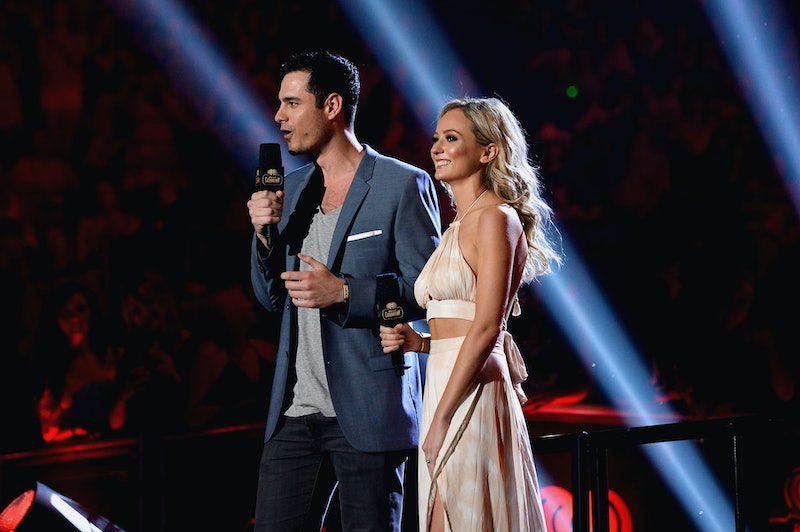 I try not to let a single day go by on this earth without requesting more Bachelor Nation content, so I feel like with the announcement that Ben Higgins and Lauren Bushnell are getting their own spinoff series, my work for today is done. The show will be called Ben and Lauren: Happily Ever After, will have an unscripted format — unlike the competition aspect of The Bachelor or The Bachelorette — and will be a peek behind the scenes into the engaged couple's life together in Denver. It will reportedly begin filming this summer, and is set to air on Freeform sometime in the fall. Officially, the main plot point the series will be centering around is the pair's planning of their wedding, but I have a feeling there's another motivation behind opening up their lives to the public again: Higgins' potential run for office.

The 28 year old reportedly has his sights set on Colorado's House of Representatives, representing House District 4. Call me crazy, but a reality series highlighting Higgins' day-to-day life in the state where he might be seeking a seat seems like some pretty well-timed free publicity. It's the kind of self-aware move that makes me even more convinced that we'll ultimately see a run for office from this guy, because he's found a way for Colorado's electoral base to get to know him without ever spending a dime on campaign ads. I see you, Ben Higgins. Verrrrrry clever

Because to be honest, without any political experience under his belt yet, Higgins' recognizability to voters is the main thing he has going for him. The more familiar they are with his face, the more likely they are to vote for him during any future run, and knowing the way he behaves at home with his fiancée behind closed doors is just icing on the cake. Because Bushnell and Higgins actually met, fell in love, and got engaged on camera, it won't be such a jarring transition for them to do it again. As Higgins put it, "After you walk away from The Bachelor, it’s not like your life becomes private. People still find out what you’re doing, so it’s not changing our life to be public."

And interestingly enough, do you know what else that sounds like? Life in the political spotlight. Hmmmm. At the end of the day, whether Ben Higgins ends up running for office or not, he's putting himself in a pretty beneficial position with the timing of Ben and Lauren: Happily Ever After. We'll just have to see if he takes advantage of it.